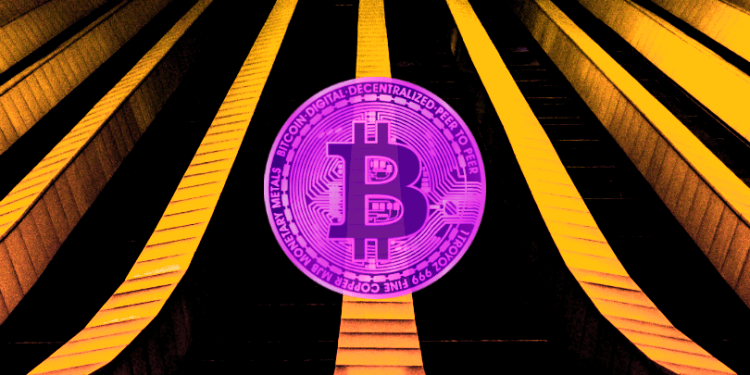 The head of research at Fundstrat Global Advisors is joining a chorus of crypto influencers and analysts who say Trump’s recent tirade against Bitcoin and cryptocurrency is a positive for the emerging industry.

In a new interview with Yahoo Finance, Tom Lee says the outburst could help push Bitcoin as high as $40,000 by the end of 2019.

“On balance, it’s a positive because cryptocurrencies and Bitcoin really are in the main stage now — Congress, the Fed, the president weighing in.

It’s very surprising. A year ago I wouldn’t have imagined it… It’s going to force the other 98% of the world to think about what [crypto] means and so I think it’s going to be an overall positive.

Bitcoin is now trading at a level that it’s only seen 3% of its historical days. So if you go back to every milestone that was achieved, Bitcoin subsequently rallied somewhere between 200-400% within the next four months. So I think if that’s playing out this time, that means Bitcoin could be $20,000 to $40,000 sometime in the fourth quarter.

I think a lot of people who trade crypto today, because it is primarily retail and some whales, really think about technicals. And so they think about where supply is. So the resistance is a bit level in people’s minds, $13,400. But, is that level going to hold forever? As you guys know, there’s no such thing as a triple top. So I think the third time you sort of test it is really when you blast through it.”

As for Trump’s demands that Facebook’s Libra comply with US banking regulations, Lee says that will make it harder for the social media giant to launch as planned.

“I think it’s going to be perceived as a negative because Facebook is a massive platform, and I think Libra likely would be hugely successful. And I think it would be a great gateway to bring people into crypto. But in a world without Libra, is cryptocurrency going to be successful? Absolutely. So I don’t think it really changes the long-term outlook for Bitcoin.”

The Ethereum development studio ConsenSys has published an overview of how its community can learn from Facebook’s Libra. ConsenSys points out there’s a lot of room for improvement when it comes to explaining Ethereum to the masses.

“Libra is aimed at both a developer and non-developer audience. You’ve got user benefits as well as more technical content that discusses scalability, programming, etc. This is in stark contrast to ethereum.org, for example.

Ethereum.org welcomes you to the website and assumes you’re a developer straight off the bat: ‘Ethereum is a global, open-source platform for decentralized applications. On Ethereum, you can write code that controls digital value, runs exactly as programmed, and is accessible anywhere in the world.’

If you’re not technical, this makes no sense. What if I’m not a developer? There’s not really a sense of what Ethereum can do for you, or what is new about it. As Ethereum’s flagship site, likely a first Google stop for a curious reader, maybe we should be making this language a bit more widely accessible?”

Ripple CEO Brad Garlinghouse is applauding a new report from the UK’s Financial Conduct Authority. The report acknowledges the versatile nature of crypto assets, highlighting both Ethereum and XRP.

Applauding UK regulator, @TheFCA, for providing clarity & leadership on the classifications of digital assets. They recognize ETH has the features of a hybrid exchange/ utility token (not a security token) and call out the similarities between ETH and XRP. https://t.co/14b1lxNopO

Travala first added Litecoin as a payment option back in February.

The Stellar Development Foundation has revealed the first round winners of its community fund, which is used to back projects building on the platform.

Astrograph, a company working to make the creation of Stellar-based applications possible in a matter of hours, won first place.

Thank you to everyone who participated in Round 1 of the #Stellar Community Fund!

And now, for the winners. Drumroll, please….https://t.co/CBcmcPmnfL

The latest report on Tron’s network of decentralized apps (DApps) is out. According to the report, there are now 513 DApps on the Tron ecosystem.