by Per Englund
in HodlX 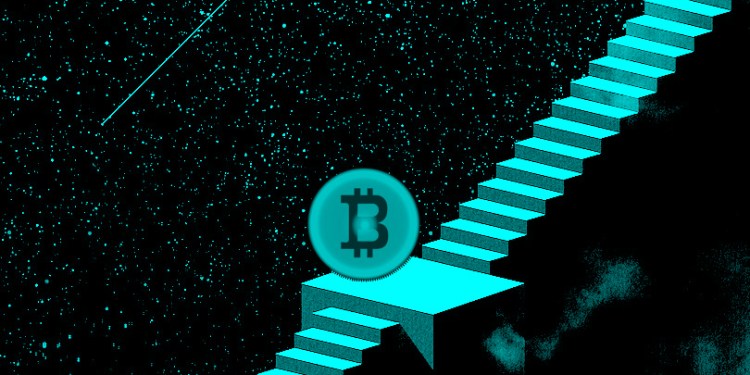 Bitcoin’s price is volatile – We are used to it

Anyone who’s been around the crypto market for a while is used to its extreme volatility. We have to remember that the price of Bitcoin was as low as $3,200 earlier in the year.

So no matter how the headlines will spin this drop, it’s been an incredibly positive time for Bitcoin this year.

The Federal Reserve is comparing Bitcoin to gold

The attention surrounding Bitcoin and the cryptocurrency market is truly back in good form. Just last week the Chairman of the United States Federal Reserve Jerome Powell testified before the Senate Banking Committee in a hearing focused on the question on whether Bitcoin or other cryptocurrencies can one day remove the need for reserve currencies (or anchor currencies) like the USD, GBP and EUR which are used by governments to engage in currency exchanges with other countries.

Considering that this question was even brought up is in itself a huge step forward for the cryptocurrency space. It has further legitimized Bitcoin and other cryptocurrencies.

And what Chairman Jerome Powell’s statement at the hearing could further be interpreted as a positive signal for Bitcoin and cryptos.

“I think things like that [the obsolescence of today’s reserve currencies] are possible but we really […] haven’t seen widespread adoption. Bitcoin is a good example, almost no one uses it for payments […] it’s a speculative store of value like gold.”

How far we've come. The Chairman of the Federal Reserve just compared bitcoin to gold

A few years back this question would have been laughed off by anyone in Jerome Powell’s position. So we are witnessing huge strides by Bitcoin and many other cryptocurrencies this year. And what is extra interesting is comparing Jerome Powell’s quote about Bitcoin and to a statement by Jeff Schumacher, founder of BCG Digital Ventures, made earlier in the year at a CNBC-hosted panel in Davos, Switzerland.

“I do believe it will go to zero. I think it’s a great technology but I don’t believe it’s a currency. It’s not based on anything.”

The opinion of Jeff Schumacher is commonly shared and applies to Bitcoin and cryptocurrencies in general.

Bulls are here for both Bitcoin and blockchain technology

We know that just by being mentioned by the Federal Reserve and President Trump, along with upcoming products and services from Bakkt and Fidelity, Bitcoin is definitely back in business.

In an interview with Bloomberg, the founder of Binance Changpeng ‘CZ’ Zhao shared his thoughts about who is leading the investment surge for Bitcoin so far this year. According to CZ, it is still very much led by retail investors. And even though there’s been a lot of talk in the past years about institutional investors getting ready to invest in Bitcoin and other cryptocurrencies, it hasn’t really taken off just yet.

“We have not seen institutions growing faster… What we’ve seen is pickup in both places. The number of institutions coming into this industry has not increased that tremendously in 2019 yet.”

It is expected that when Bakkt and Fidelity go live with their crypto offerings, we should see an increase in adoption due to ease of onboarding major companies.

We have also been seeing the separation of Bitcoin and the underlying technology (blockchain) for the past few years. Many companies around the world are going heavy for blockchain. Earlier in this year, KPMG released a survey where 41% of the leaders of global tech companies said that they will most likely implement blockchain within the next three years.

In another report released by identity management firm Okta and shared with Cointelegraph, 61% of high-profile digital companies worldwide are investing in blockchain.

We have also recently seen big blockchain investments from the likes of Walmart in VeChain, the Libra announcement from Facebook, Bakkt’s steps forward with an announcement that they will start testing their futures contract platform on July the 22nd.

Meanwhile, major global banks including Barclays, Credit Suisse and UBS announced earlier in June that they are investing $50 million to develop a Utility Settlement Coin (USC) that will utilize cryptocurrency technology to settle cheaper and quicker cross-border payments.

Founder of Go CryptoWise, a cryptocurrency and tech fan who wants to see better and smarter products and services that makes our lives better and easier.