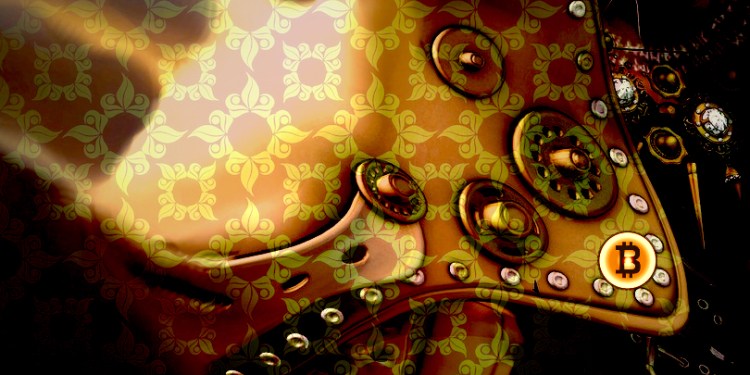 In a new podcast episode of Inside the ICE House produced by Intercontinental Exchange, host Josh King interviews the ‘Crypto King’ Barry Silbert.

The CEO of Digital Currency Group explains why he believes tomorrow’s game changers are gearing up to dump gold for Bitcoin and other digital assets.

Silbert’s Grayscale Bitcoin Trust, which allows everyday investors access to BTC, gained 192% in the second quarter of 2019, outperforming every other fund in the first half of the year. As an early Bitcoin investor, Silbert has a long-range view on the emerging technology, having watched the digital asset rise and fall through multiple boom-and-bust cycles. Now, by gauging the rapidly flourishing interest among institutional investors, he believes gold’s status is steadily eroding.

Bottom line: It’s bulky, clunky and not smartphone-friendly – not a great match for Millennials who shop on Amazon, hail rides on Uber, search data on Google, make friends on Facebook, meet up on Tinder, stream shows on Hulu, listen to music on Spotify and track their heart rates on a Fitbit.

Silbert is certain the allure of gold will come to an end, right along with physical dollars.

“It’s clear that money is going digital, and it’s clear that in the future, physical cash is going to go away. And it’s also clear based on history that fiat currency tends to not exist into perpetuity. The average life of a fiat currency over the past 500 hundred is 27 years. So what that means is, on average, in 27 years, a government will destroy their currency or devalue their currency, typically through debasement or through war.”

Silbert says he doesn’t see Bitcoin replacing the US dollar anytime soon but he says a changing tide in places like Venezuela, Argentina and other countries with struggling economies have allowed cryptocurrencies to gain a foothold.

“It’s clear that something other than the local fiat currency would have real demand and real appeal.”

As for people in countries like the US, Silbert says there are five phases of Bitcoin acceptance.

Write the check and invest.

Spreading the news about Bitcoin and why, if successful, it will be amazing for society.

“Over the next couple decades there’s an estimated $68 trillion of wealth that’s going to be handed down. That’s just in the US. That $68 trillion is going to be handed down from Baby boomers to Gen X and Gen Y and Millennials. I’m absolutely convinced that whatever of that $68 trillion is currently in gold, it’s not going to stay in gold. I’m not saying it’s going to Bitcoin but I know it’s not going to stay in gold. So if gold stops performing the way gold investors think it should in periods of high inflation or macro-economic dislocation, I think it’s game over. I think the next generation of investors are going to put their money elsewhere.”

The Federal Reserve Bank of New York, located in Manhattan, is the world’s largest depository of monetary gold, storing 497,000 gold bars that are situated 50 feet below sea level and weigh about 6,190 tons or roughly 12.4 million pounds. The gold belongs to various clients including the US government, foreign governments, central banks and other financial institutions. As reserves continue to decline over the years, the traditional asset class is facing competition from Bitcoin whose supporters claim that it’s a far superior way to store wealth. Among its advantages over gold – Bitcoin (BTC) is portable and traceable, and you don’t need armored trucks to move it around the globe.