US Treasury Secretary Slams Bitcoin, Crypto and Libra As a ‘National Security Issue’ 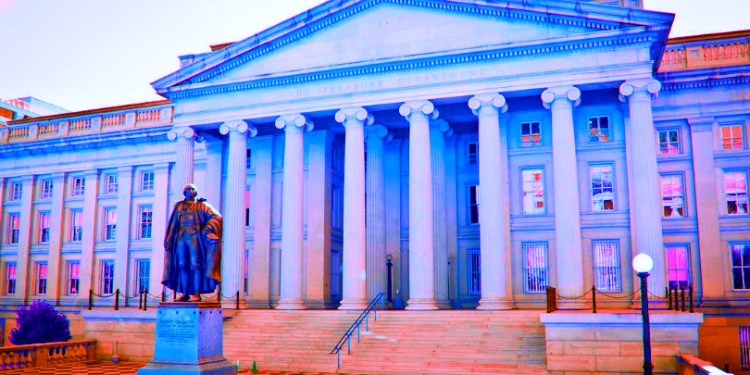 In a press conference on Monday, US Treasury Secretary Steven Mnuchin called Facebook’s controversial digital asset, Libra, along with Bitcoin and cryptocurrencies, a “national security issue.”

Just days after President Trump came out swinging against Bitcoin and crypto, Mnuchin issued his own warning about the technology.

“Cryptocurrencies such as Bitcoin have been exploited to support billions of dollars of illicit activity like cybercrime, tax evasion, extortion, ransomware, illicit drugs, human trafficking,”

Mnuchin says he’s “not comfortable today” with Facebook’s upcoming Libra launch which is scheduled for 2020 amidst an avalanche of blowback.

“Recently, as you know, there has a been a great deal of interest about digital assets including cryptocurrencies such as Bitcoin and Libra. There are many regulatory and supervisory questions regarding Libra, virtual assets and virtual currencies.”

“Many players have attempted to use cryptocurrencies to fund their malign behavior. This is indeed a national security issue.

The United States has been at the forefront of regulating entities that provide cryptocurrency. We will not allow digital asset service providers to operate in the shadows and will not tolerate the use of the cryptocurrencies in support of illicit activities.

Treasury has been very clear to Facebook, Bitcoin users and other providers of digital financial services that they must implement the same anti-money laundering and countering the financing of terrorism, known as AMLCFT safeguards, as traditional financial institutions.”

As Facebook’s entry into the crypto space revealed the full power of digital assets and the threat they represent to the status quo with their aim to revolutionize global finance, monetary policy and the definition of money, lawmakers are clashing with tech titans.

In addition to creating a digital economy based on cryptocurrencies and other digital assets by corporate giants, the new paradigm represents a critical power shift away from traditional policymakers to computer scientists. Regulators are trying to figure out how to pump the brakes on complex projects with enormous ramifications as they continue to support technological innovation while also protecting consumers and keeping criminals in check. Mnuchin says,

“To be clear, FinCEN will hold any entity that transacts in Bitcoin, Libra or any other cryptocurrency to its highest standards.”

He reiterated President Trump’s statement that Bitcoin is “highly volatile and based on thin air.”

“We are concerned about the speculative nature of Bitcoin and will make sure that the US financial system is protected from fraud.”

Mnuchin says that effective regulations do not stop at US borders given the global reach and scope of Bitcoin, crypto and digital assets, and that the US is working to coordinate with other governments to create a robust regulatory framework.