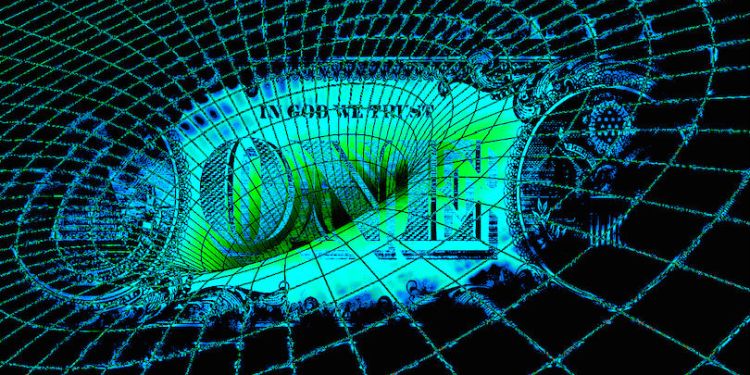 Trump is trying to jumpstart the US economy and boost lagging business investments. One path to achieving his goals would be to make the dollar more competitive against other currencies, leveling the playing field.

Currently, a strong, overvalued dollar can lead to depressed overseas trade, slower investments and less manufacturing activity across the US. It also makes consumer items expensive compared to other countries.

“The administration has several ways it could weaken the dollar. One would be to explicitly abandon the strong-dollar policy that has been in place for more than two decades. Or Trump could order the Treasury Department to sell dollars in a bid to lower their value. That type of intervention hasn’t happened since 1995.”

In order to weaken the US dollar, Trump would need the support of the Federal Reserve, confirming a major criticism of the existing financial system – that US monetary policy is based on economic goals and strategies, human intervention and political aims that necessitate, for example, a currency watchlist to monitor manipulators.

As the world’s reserve currency, the US dollar is in constant demand, but unlike 1995, the dollar now has competition from Bitcoin which is establishing itself as a more efficient reserve currency. Bitcoin, its supporters point out, is based on math and a fixed supply, is highly portable and can be sent on the internet like email.

U.S. Federal Reserve Chairman Jerome Powell testified last week that Bitcoin, like gold, is a speculative store of value. Speaking before the Senate Banking Committee on Thursday, Powell acknowledged that Bitcoin exemplifies how emerging technology could transform global finance, even if people aren’t using it day-to-day to make transactions.

With US monetary policy pointing toward weakening the US dollar, a resilient and rising Bitcoin may become a more attractive hedge.

According to Coinhills, US dollar dominance for Bitcoin is rising. It is the most traded national currency for BTC, representing 72.2% of the market in the past 24 hours at time of writing. The Japanese yen is the second most traded national currency for Bitcoin at 19.23%. In December of 2018, however, the yen trumped the dollar in fiat-to-Bitcoin transactions, capturing 48.34% of the market compared to 43.77% for the US dollar.

Following the US dollar and the Japanese yen, all other currencies combined represent 8.56% of Bitcoin 24-hour volume. Rounding out the top 10, the Korean won leads among the other fiat currencies that are traded for Bitcoin. 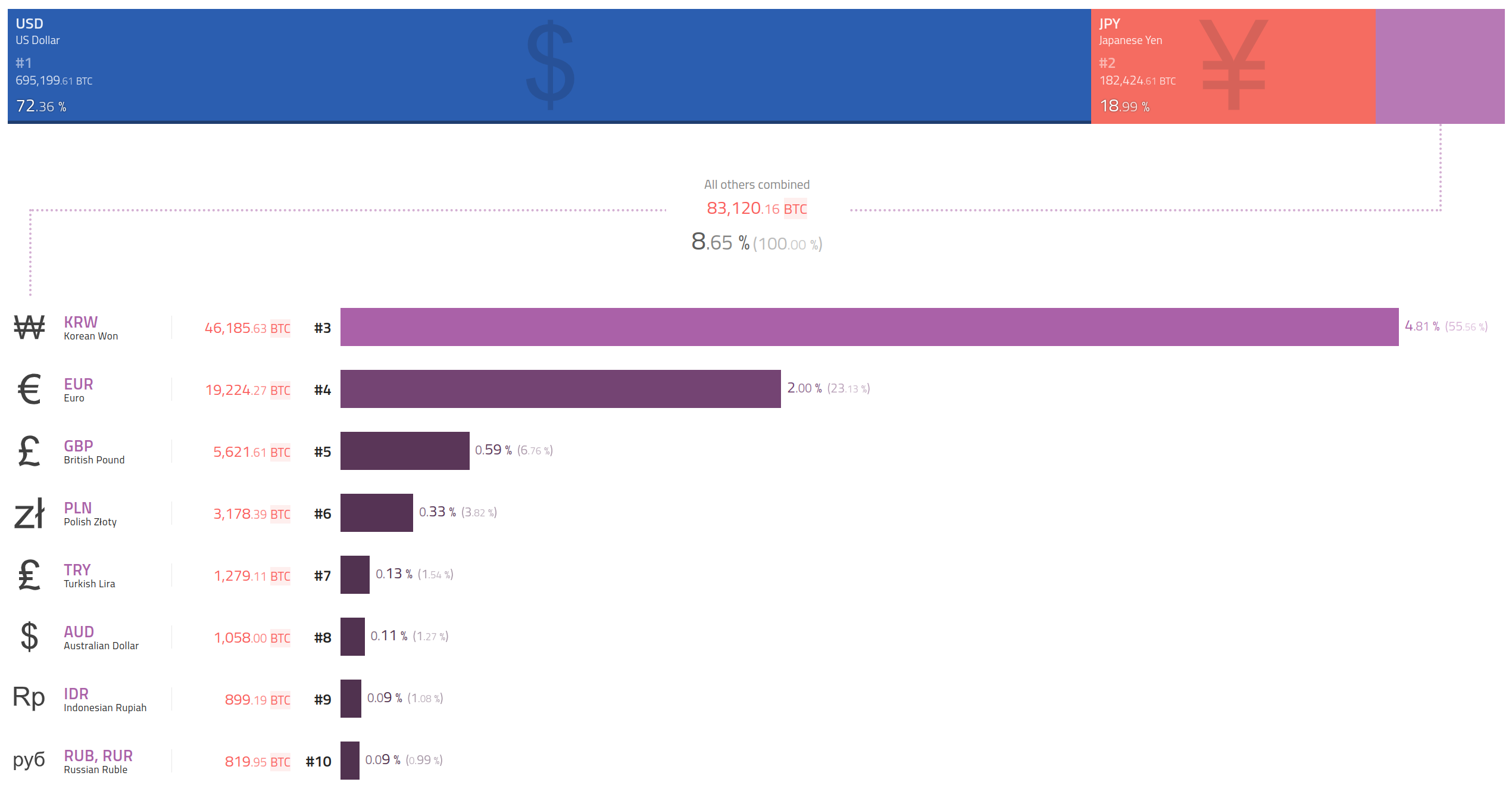