US Lawmaker Says There’s No Way to Kill Bitcoin – But Will Congress Try to Stop Coinbase? 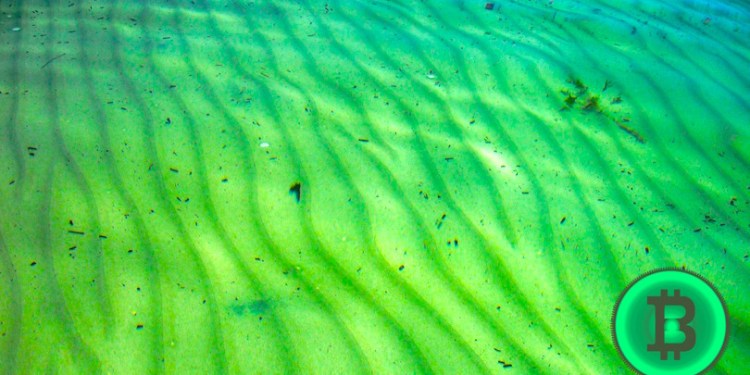 US Rep. Patrick McHenry (R-N.C.), ranking member of the Financial Services Committee, confirms why Bitcoin is shaking up governments, banks and institutional and retail investors around the globe.

“There’s no capacity to kill Bitcoin.”

Speaking on CNBC’s Squawk Box, McHenry gives an overview of the government’s efforts to tame Libra and its development team at Facebook by holding consecutive Senate hearings. In large part, the hearings reveal Libra’s threat as a game-changer in global finance with the power to reach billions of people overnight.

McHenry questions the role of government in private enterprise and intervention in the development of business concepts.

Slaying Facebook over its latest innovation has raised concerns about the government’s willingness to support the foundational tenets of free markets, free enterprise, product competition and the country’s history of invigorating capitalism, jobs and leadership through innovation.

“Look, in the broad sense here, I’m a friend of innovation and I’m not a friend of a missioned society where every business has to come to government with their hand out and say, ‘Can I do this? Can I bring a new product to market?’ If they comply with existing laws, have at it.

I’ve got legitimate questions that I think need to be answered, but this whole thing about yelling at Facebook about trust – give me a break. Consumers are making a choice.”

“There’s a whole slew of litigation about this. Let’s have a separate hearing about that – that’s fine.”

“The way we’ve set this up is we have guardrails. You follow the speed limit, you can drive whatever vehicle as long as it’s safe.“

Host Andrew Ross Sorkin, who posits that governments have a monopoly on money, asks McHenry if lawmakers will ultimately try to stifle the crypto industry or if they’ll let it flourish.

“Long-term, do you think that regulators and politicians like yourself will allow the emergence of these new types of currencies if they don’t look a lot like the regulations and guardrails that we currently have around fiat currency and money?”

“Well, I think there’s no capacity to kill Bitcoin. Even the Chinese with their firewall and their extreme intervention in their society couldn’t kill Bitcoin. So a distributed ledger, full and open, in the essence of Bitcoin as a first mover in this space, the developer of this technology blockchain and digital currencies –”

When Sorkin jumped in to point out that Bitcoin’s price has taken a precipitous drop over the past 48 hours as speculators seemingly react to a slew of high-level bashes against cryptocurrency, including recent criticisms from President Trump, Treasury Secretary Steven Mnuchin and the politicians conducting the Facebook Libra hearings, McHenry stayed on point about the foundations of the technology which has not changed since Bitcoin launched in 2009.

But regulators could prohibit businesses and services that provide support for Bitcoin – like Coinbase. While McHenry agrees that there’s room for a new financial product that could dramatically improve the flow of money around the globe by implementing a system that is much more cost-effective and technologically advanced than old legacy platforms such as SWIFT and Western Union, he avoided giving Sorkin a direct answer to a key question.

“If you said right now that Coinbase could not accept money from an American citizen, if you said that any of these wallets cannot accept money, you – I’m not saying you’d shut down Bitcoin. Bitcoin would exist somewhere and it would be in sort of a dark web kind of situation. But it effectively would make it very, very difficult for the mainstream to use it…

If it ever gets mainstream, if it ever gets to escape velocity, does Congress, do regulators say, ‘You know what, actually – in the same way that you’re looking at Libra as closely as you are, and this is going to happen at the G7 meeting as well – do people say, ‘Bitcoin will live in the shadows. But boy, it’s not going to live in the mainstream.’ And that’s the question that I think I have and that’s the question that I think Bitcoin investors have and that’s why the price of it has come down, literally, in the past 48 hours.”

McHenry had no direct reply.

Dave Hodgson, director and co-founder of NEM Ventures, the venture capital and investments arm of the NEM blockchain ecosystem, tells Forbes that the rubber has met the road.

“Government and central banks are after Bitcoin and Libra because they reduce their ability to control markets and populations, while also making some of what they do irrelevant. It is uncomfortable when people ultimately realize that the emperor has no clothes.”