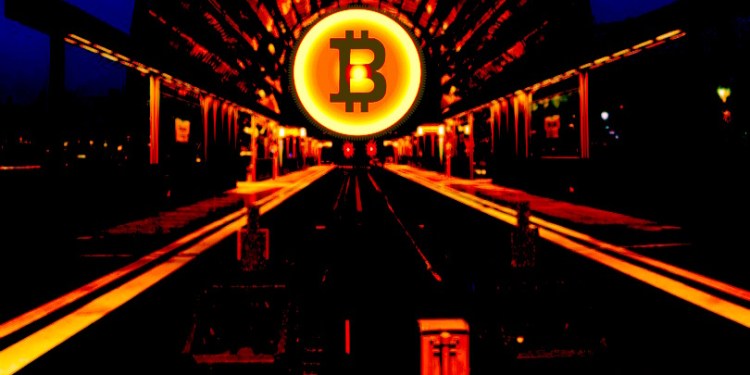 Economist and crypto analyst Alex Krüger is exploring the odds that President Donald Trump would use an executive order to attempt to ban people from dealing in Bitcoin.

Trump initiated a flurry of rumors about potential government action after he unexpectedly blasted cryptocurrencies on Twitter last week.

In his own Twitter thread, Krüger outlines Trump’s possible legal options, and how he thinks such an executive ban would likely be overturned in the courts. That’s because freedom-of-speech protections in the US encompass computer code thanks to a 9th Circuit Court ruling in the 1990s involving mathematician, cryptologist and programmer Daniel Bernstein, the economist explains.

Trump, however, could use other mechanisms to cut away at crypto.

“Trump could also go after fiat onramps, by simply forbidding banks to service crypto exchanges, or by requiring banks to not service exchanges unless conditions XYZ are fulfilled (and make that practically impossible).”

These are the types of measures regulators in India enacted last year to shut down major cryptocurrency exchanges and cripple the industry, prohibiting banks from servicing any blockchain or crypto-related companies.

Krüger, who earned his MBA at Colombia, also notes that Trump could possibly make an argument that crypto reduces Washington’s ability to enforce sanctions. Therefore, the president could try to implement a crypto ban on the basis of his foreign policy powers, Krüger explains.

– A Bitcoin ban in the US is feasible
– Ban could come via a Trump executive order
– Ban could be over-turned
– Probability of a ban is extremely low
– Probability increased last week
– Regulatory risk keeps many institutions away
– A ban would see $BTC crash rapidly pic.twitter.com/VEz5y58arL

Ryan Selkis, the founder and CEO of Messari, tells Bloomberg he thinks Facebook’s Libra will remain the primary focus of Trump’s crosshairs.

“If you look at Libra instead as a bona fide threat to the U.S. dollar because they are thinking about structuring this with a basket of international currencies and really decoupling the Fed’s influence over that currency that they’ve envisioned. It seems like Libra should continue to draw most of the attention and ire, both because it’s on the wrong side of the political cycle – it just announced the $5 billion settlement with the FTC today – and also just because it is a stable store of value that could truly be an alternative to the mass market overnight.”

Meanwhile, Philip Hammond, the United Kingdom’s Chancellor of the Exchequer, says the UK plans to engage with Libra. In an interview with CNBC, Hammond says they don’t plan to try and stop Facebook’s controversial project, though they do plan to regulate it and reduce the risk it presents to the market.

In a press conference held on Monday, US Treasury Secretary Steven Mnuchin labeled Bitcoin, cryptocurrency and Libra a “national security issue” and says he has serious concerns about Libra.