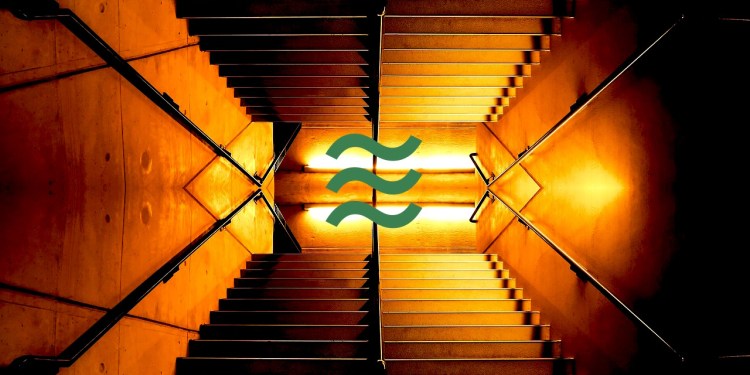 Ever since Facebook announced its cryptocurrency project, Libra, on June 18th, news and speculation of the social media giant’s foray into the crypto space has dominated the news cycle. That hype only escalated this past week when the U.S. Senate Banking Committee and the House Financial Services Committee held hearings on Libra, hearing from Calibra CEO David Marcus and an expert panel.

SFOX has distilled the 10 takeaways you need to know from those hearings. Read on to find out lawmakers’ takes on Libra, Facebook, and crypto at large.

1. Congress Understands the Difference between Libra and Cryptocurrency

During the U.S. House Financial Services Committee’s interview of a panel of experts, a common refrain from expert witness and CoinShares CSO Meltem Demirors was that Libra was not really a cryptocurrency.

“What [Facebook] is attempting to do,” Demirors told Congressman John Rose (R-Tn.), “is not to create a new payment system. What they’re attempting to do is to pass off this idea as a cryptocurrency, which it is not. They’re attempting to use regulatory cover to get away with doing something that would typically be regulated, which is asset management. It’s fundamentally different [than Bitcoin].”

Consistent with this refrain, Congress seemed more interested in the future of Facebook as a financial services entity, not in Bitcoin or the cryptocurrency sector per se.

2. Congress Is Worried about Facebook Being “Too Big to Fail”

“When someone purchases a Libra,” Meltem Demirors told Congress, “they are giving their real-world assets […] to the Libra Association to receive tokens. These assets are placed in banks and depository institutions around the world. This is a core banking function. This presents risk for counterparties; it presents risk for consumers being able to retrieve the principal that they have used to obtain the Libra tokens; and it presents systemic risk in the context of the broader financial system.”

Congress emphasized that, especially in the wake of the last financial crisis, they are intent on doing everything they can to see that another systemic risk is not introduced to the national – and, indeed, global – financial market.

When legislators did invoke Bitcoin during the hearings, it was in a neutral or positive light – something that many in the crypto sector hadn’t expected.

“The volatility of bitcoin … means it won’t be put in widespread use, while [Libra] is supposed to be put into wide use,” observed Sen. Chris Van Hollen (D-Md.), highlighting the urgency of regulating Libra.

“The world that Satoshi Nakomoto envisioned… is an unstoppable force. We should not attempt to deter this innovation.”

Congress’ ambivalence towards non-Libra cryptocurrencies indicates that their oversight is more intensely trained on “Big Tech” than on the emerging cryptocurrency sector. It also shows that US legislators are still learning about distributed technologies and formulating their policy positions towards digital assets.

On July 15, one day before the Senate hearing, Treasury Secretary Steve Mnuchin delivered a prepared set of remarks on cryptocurrencies, in which he repeatedly referenced the Financial Crimes Enforcement Network (FinCEN), a bureau of the Treasury department.

“Many people are not familiar with FinCEN,” Mnuchin observed before detailing the bureau’s mission and accomplishments to date. “FinCEN will hold any entity that transacts in Bitcoin, Libra, or any other cryptocurrency to its highest standards.”

So far, the SEC has been more involved than the Treasury department in regulating crypto companies. With Libra’s introduction and President Trump’s recent missive against crypto, that could be about to change.

Congress repeatedly asked Calibra CEO David Marcus whether he would commit to halting development on the project until Congress passed legislation pertaining to the project. Marcus would not make such a commitment, instead reiterating his commitment to not launching Libra until the proper legal framework was in place.

When Committee Chairwoman Maxine Waters (D-Ca.) asked Marcus whether he would agree to a moratorium on further Libra development “until Congress enacts an appropriate legal framework,” Marcus responded,

“I agree with you that this needs to be analyzed and understood before it can be launched […] This is my commitment to you: we will take the time to get this right.”

Marcus’ behavior, combined with the decision to locate Libra’s governing body in Switzerland (a country with substantially more regulatory clarity around crypto), indicates that Facebook doesn’t seem willing to wait on building out Project Libra.

6. Capitol Hill Is Worried About the Overconcentration of Power in Big Tech

In the same week as the House questioned Amazon, Facebook, Google, and Apple at an antitrust hearing, the concerns about Libra’s consortium constituting an overconcentration of powerful tech companies was palpable.

“Were the members of the association democratically elected? Who picked them?”

While Marcus replied that membership was open, CoinShares CSO Meltem Demirors questioned this openness in the afternoon session when she noted that none of the major crypto organizations with which she is involved were invited or able to ascertain what the requirements were for membership.

Some went so far as to compare the Libra consortium to a “cartel” in the afternoon session, indicating the fear that a global payment system controlled by giant companies like Facebook and Uber could potentially lead to de facto monopolies in multiple industries.

The Cambridge Analytica data scandal hung heavy in the air as lawmakers repeatedly questioned whether Facebook would be able and willing to protect user data and privacy – especially as Libra could allow them to collect even more of it.

“I’m not reassured by your statement that you can’t see any reason right now why there wouldn’t be any data sharing between these platforms.”

As the legislative process around Libra begins, it seems likely that consumer data and privacy protection will be major focuses.

8. Libra Could Potentially Impact the Basket of Currencies by Which It Is “Backed”

During the hearings, Marcus revealed that Libra is backed by 50% USD and 50% other fiat currencies. This made lawmakers anxious – not just because of its dependence on currencies other than the US dollar, but also because of the potential for Libra governance decisions to impact global monetary policy.

In response to a question by Congressman Andy Barr (R-Ky.) about the impact Libra might have on traditional monetary policy, former CFTC chairman Gary Gensler commented that

“[Libra] would definitely disrupt the central banking and monetary policy in these developing countries, if they ‘Libra-lize’ instead of ‘Dollar-ize.’ And if it got very significant, it could start to influence the four or five or six currencies they have underneath it.”

This potential for Libra to have far-reaching consequences in terms of international monetary policy underscored the committee’s worries about much of Libra’s activities being outside of US jurisdiction, governed by a small group of tight-knit, very large tech companies.

9. Helping the Unbanked Is a Good Thing – But Whether Libra Can Do That Is Unclear

The Libra white paper observes that “1.7 billion adults globally remain outside of the financial system with no access to a traditional bank.” While Libra aims to leverage the prevalence of smartphones to give those “unbanked” access to global financial services, it’s not clear whether it will be able to.

David Scott (D-Ga.) referred to this as “an Achilles’ heel” of Libra in Wednesday’s afternoon session. He pointed out that Marcus offered the committee assurances that users would need to provide a government-issued ID in order to acquire a Calibra wallet – yet, “one of the big reasons why many consumers are unable to access financial services is due explicitly to a lack of identifiable proof of identification.”

It seems as though Libra’s goal of KYC/AML compliance and its goal of serving the unbanked may be at odds, at least for the time being.

10. Facebook Raised the Specter of a “Crypto Arms Race”

As more and more companies pursue crypto solutions and products, it seems inevitable that something like Libra will ultimately come to market, even if that thing isn’t Libra itself. Facebook seems to be leaning on that sense of inevitability, along with current international tensions between the US and countries like China, to make the case for Libra.

In his prepared testimony to the House Financial Services Committee, Marcus wrote,

“I believe that if America does not lead innovation in the digital currency and payments area, others will. If we fail to act, we could soon see a digital currency controlled by others whose values are dramatically different.”

With the US/China trade war already potentially impacting the crypto market, only time will tell whether such a “payment innovation war” could transpire and further transform the fledgling sector.

Time will tell how Libra develops and how lawmakers react – not to mention how the market reacts. Stay tuned for a new SFOX market report examining the impact of these hearings and other events on crypto performance.

You can check out the original SFOX post here.