VeChain Holders Can’t Get Their Heads Around This Price Thing

by Per Englund
in HodlX 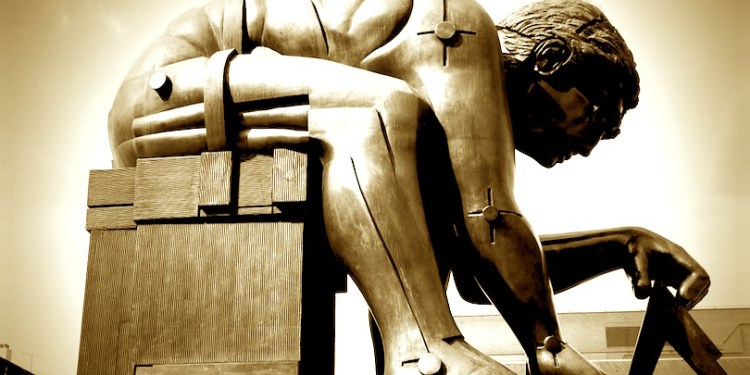 Not only did Walmart announce that they’re collaborating with VeChain, but also they’re going live imminently – already apparent in the number of daily transactions increasing on the blockchain. By July 16th the number of daily transactions reached over one million. That’s a huge step forward for the Chinese crypto startup and the community behind it.

One million transactions and a continuously dropping price, welcome to the world of crypto

But what about the price? Yeah, it saw a positive response and increase in the days surrounding the Walmart announcement, but nothing related to the number of transactions. And here is where the community is racking their brains trying to somehow put the pieces together and figure out why one plus one doesn’t equal two.

Because VeChain’s coin VET has seen a tough year, with the price falling heavily. VET is now ranked 33rd on CoinMarketCap by market cap, at time of writing. The ranking of market caps has become an accepted way of comparing one cryptocurrency to another which is completely normal since we always seek to compare and evaluate things against one another other. Investments are nothing different.

If you zoom out from your favorite altcoins subreddit page, you often notice that you are not alone. Other crypto communities are often talking about the same thing: the sell walls at Binance and the dumping of coins by the development teams after the ICO funding. And of course, the price is being affected by Bitcoin’s rises and drops.

The dynamics of the volatile cryptocurrency market are often accepted by a vocal majority who say that when Bitcoin is suffering their altcoins are often suffering even worse. Historical data shows that crypto holders were often reverting to Bitcoin from altcoins during the bear markets, with the addition of stablecoins like Tether, USD Coin and others, offering an even better choice to place funds during a downturn.

Similarly, we often look to Bitcoin in the run-up to a possible bull market, investing our hopes and funds. I’m talking about this from a non-trading point of view because the volatility of the unregulated crypto market must be a wet dream for players with deep pockets. But for holders having a special place in the hearts and Ledger wallets for VeChain or any other altcoin, times are tough.

How to balance a supporter-like investment in cryptos

This close relationship that many holders have with their crypto investments, and the teams behind them, are both fantastic but a bit worrisome at the same time.

Anyone that spends time on Reddit’s most popular page dedicated to cryptocurrencies, reddit/CryptoCurrency, quite quickly notices that the behaviors of altcoin holders are very similar to supporters of different sports teams. There are rivals and competitors, and it’s a race to become the best. Well, second-best behind Bitcoin, or third best behind Ethereum. It’s strange but also very interesting.

This close relationship seems to be unique to the crypto market, due to the nature of the digital landscape and social media sites where much of the current conversations are happening.

From an observational level, this supporter-esque relationship is very interesting, as holders cheer on the team’s effort to meet their planned roadmaps. We celebrate when new features are released and we go crazy when our cryptocurrency announces on Twitter that they are partnering with a household non-crypto company.

We are often told by others or trying to tell ourselves don’t invest with your emotions because this is often associated with us making far poorer decisions. We might jump into new investments with little or no planning, making us very vulnerable to FOMO and other ill-advised calls.

Will basic supply and demand finance bring VET back like a Phoenix rising from the ashes?

So all the fancy partnerships or the millions of transactions haven’t moved the needle of the price much higher for VET. But there is another future event that holders are pinning their hopes on, which is a basic supply and demand model.

Currently, all of VET circulating are producing about 38 million VTHO daily. And in the past few weeks, the number of VTHO burned has been getting very close to reach or even surpass that number. A couple of times the amount reached the low 30 million, and on July 16th the amount of VTHO burned reached 35.4 million. Just a few more million and the next big milestone has been reached.

The question the community is asking themselves, will this be reflected in the price?

With caution, we yet again place our hopes in this future (likely?) event. But in the world of crypto, we are thinking that some random events will be more likely to push the price of VET upwards. Maybe the end of those damn sell walls?

Founder of Go CryptoWise, a cryptocurrency and tech fan who wants to see better and smarter products and services that make our lives better and easier.