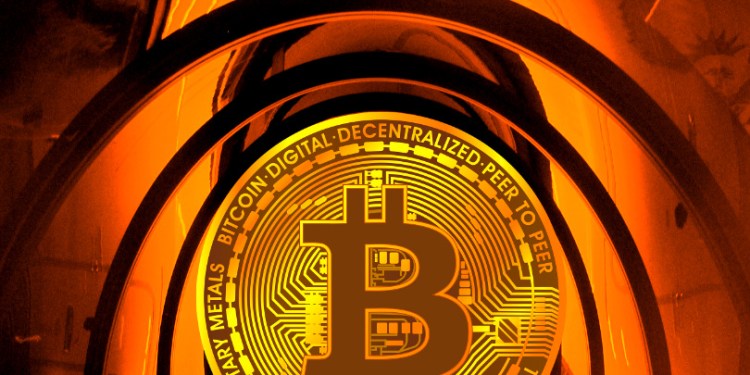 From the potential for a new Bitcoin breakout to a big update on the future of Ethereum, here’s a look at some of the stories breaking in the world of crypto.

Veteran trader and analyst Tone Vays says if Bitcoin can break past $11,050 today, there is little preventing the leading cryptocurrency from taking a larger share of the overall crypto market and shooting to $14,000 in the short term.

“If this breaks to the upside, there is absolutely nothing on a weekly chart that is acting as resistance. And then it’s very likely that Bitcoin will accelerate to the upside into the halving.

There could also be an additional catalyst to Bitcoin. If Bitcoin starts to rise once again faster than the shitcoins, which it probably will, there will be additional exodus of shitcoins into Bitcoin.

Vays also issued a word of caution, saying he believes Bitcoin’s big rise in 2019 will at some point suffer an 80% correction.

The Ethereum Foundation has released a new monthly update on Ethereum 2.0, which is a catch-all name for a number of improvements designed to significantly improve the number of transactions per second that the blockchain can process.

The Foundation is highlighting the fact that although developers hope to have phase 0 of the update ready by January of 2020, that is not the official launch date.

The San Francisco Business Times has placed Ripple at number 13 on its new list of standouts in corporate philanthropy.

This year, Ripple announced it will donate $1 million to Tipping Point, which helps fight poverty and income inequality in the San Francisco Bay Area.

Ripple is also using its new University Blockchain Research Initiative (UBRI) to donate $50 million to more than a dozen universities around the world, promoting education of blockchain and crypto. In addition, Ripple co-founder Chris Larsen and his wife Lyna Lam are giving $25 million to San Francisco State, with most of the donation denominated in XRP.

Ripple is #13 on the #SFBTphilanthropy list! “We have an obligation and an opportunity to show that we can take some of our success and funnel it in a way that is positive.” – SVP Global Operations @ericvanm https://t.co/pbCAfk68mT

Litecoin’s halving is now about 15 days away, according to a countdown clock from CoinGecko.

The Litecoin block reward for miners will decrease from 25 to 12.5 coins, a difference in value from about $3,542 to $1,726, according to current market prices.

Litecoin founder Charlie Lee recently said he believes the event is already priced-in because people have been aware of the event well in advance.

“The halvening is always kind of a shock to the system. When the mining rewards get cut in half, some miners will not be profitable and they will shut off their machine. If a big percentage does that, then blocks will slow down for some time. For Litecoin it’s three and a half days before the next change, so possibly like seven days of slower blocks, and then after that, the difficulty will readjust and everything will be fine.”

The crypto payment processor CoinGate now accepts the Tron-based token BTT. The token is being integrated with the file-sharing platform BitTorrent to reward users who share files on the network.

Please welcome the newest native #cryptocurrency on our gateway – #BitTorrent token $BTT! Feel free to spend it at thousands of shops, accept it as payment or buy/sell it on our platform using different methods. Read more about it here! @justinsuntron https://t.co/oPtebw7jrr pic.twitter.com/T7oRfFQfMZ

The Cardano Foundation is hiring.

The Foundation, which provides oversight, community development, standards development, promotion and education for the Cardano ecosystem has three open positions, including a Community Manager based in China.

The #CardanoFoundation is still looking for additions to our team. A new opening that was posted is for a #CommunityManager in #China. Feel free to apply or forward it to someone who is fit for the job. Please see our #careers page here! https://t.co/ZLNHKWhlit