From Binance to EOS to Stellar, Finance Apps Are Breaking Out Beyond Ethereum 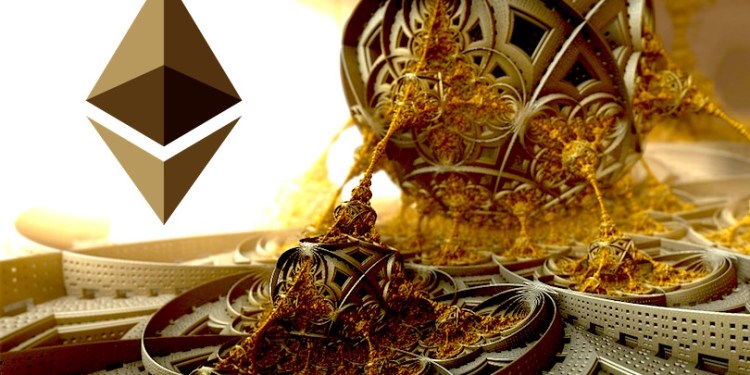 The decentralized finance (DeFi) movement emerged late last year, emanating from a loose group of Ethereum DApps. It continues to grow today with many new apps being added to the DeFi ecosystem. The biggest names within the pure Ethereum DeFi network include Maker, Augur, and Uniswap, which have a combined total of a little under 2 million ETH staked.

However, the general hype around the DeFi movement is proving to be infectious. DApps based on other blockchains are now fully-fledged members of the DeFi club. Financial applications developed on EOS, Stellar, and even exchange blockchains such as Binance, are becoming more prevalent. Here, we round up some of the projects stretching DeFi beyond the borders of Ethereum.

Along with pioneering the concept of the liquidity network ahead of any competitors, Bancor is the only protocol that’s proven itself capable of decentralized token swaps across blockchains. After launching Ethereum token swaps in 2017, the company has now leveraged the blockchain-agnostic properties of its BNT token to enable trades of EOS tokens as well. It has plans to add other blockchains in the future, achieving its vision of allowing users to swap any token for any token.

The critical feature of a liquidity network is that, unlike a traditional exchange, it doesn’t rely on an order matching engine. Instead, liquidity providers stake funds into the network, providing a constant source of liquidity.

One of the critical limitations of blockchains using smart contracts is that they are deterministic. This means that the trigger point for the execution of a smart contract must come from within the blockchain network itself. Using an external oracle is feasible; however, this creates a problem. How can a decentralized network depend on a centralized external oracle, without introducing a point of weakness?

LiquidApps has solved this problem with its LiquidOracles solution for the EOS blockchain.

To overcome any risk of manipulation or inconsistencies, oracle data is compared on-chain by Dapp Service Providers (DSPs) on the LiquidApps network. If one or more DSPs provides suspect data, then under the LiquidApps delegated proof-of-stake consensus method, those DSPs will lose trust within the network.

While this isn’t a pure DeFi application by itself, it has far-reaching potential in enabling DeFi DApps. For example, pricing data for any token could be fed into a price predictions app. Or, an insurance app could take weather data from the internet to determine the validity of a claim.

The entire Stellar platform is a decentralized protocol for financial applications, which in itself qualifies it as a DeFi use case. However, there are several DApps developed on the Stellar blockchain that also belong in the DeFi category.

SatoshiPay is one case in point, cashing in on the growing market for micropayments. Any website can embed the SatoshiPay widget so that visitors can pay a few cents to download content. Recent numbers show that more than 130,000 sites have attempted to monetize using Patreon, so there is a definite market for paywalled content.

SureRemit was an established company used by African workers to send remittances home from abroad. The company has now also made its home on the Stellar network. SureRemit aims to cash in on the multi-billion-dollar remittances market by leveraging the lower fees and faster payments enabled by blockchain.

The Binance blockchain launched earlier this year, with the Binance decentralized exchange following soon after. However, other projects have now started to migrate to the platform. Interestingly, a few of them have taken a hybrid approach, offering some tokens based on Binance’s BEP2 protocol, and some on other blockchains.

This is the approach taken by exchange platform ChangeNow, which was among the first to migrate to Binance Chain. It offers 50% Ethereum tokens and 50% Binance tokens. Binance CEO Changpeng Zhao even tweeted his support for another exchange joining Binance, demonstrating his commitment to maintaining a thriving exchange ecosystem.

Decentralized market intelligence platform Red Pulse has also now moved partially onto Binance Chain. It started life on the NEO platform, and later migrated “in recognition of the immense value that Binance has contributed to the cryptocurrency community at large.”

It seems we can look forward to at least one more exchange-based blockchain platform in the future. Huobi is reportedly following in Binance’s footsteps, launching its own blockchain which will pave the way for more DeFi apps.

Ethereum pioneered the use of smart contracts, which have now become the very foundation of blockchain innovation. Now the DeFi movement looks set to explode far beyond the boundaries of Ethereum. Like smart contracts did for blockchain, DeFi has the potential to transform the world of finance, bringing new ways of transacting to millions, perhaps ultimately even billions of people across the globe.