How Are Cryptocurrencies Helping Countries With Inflation Issues? 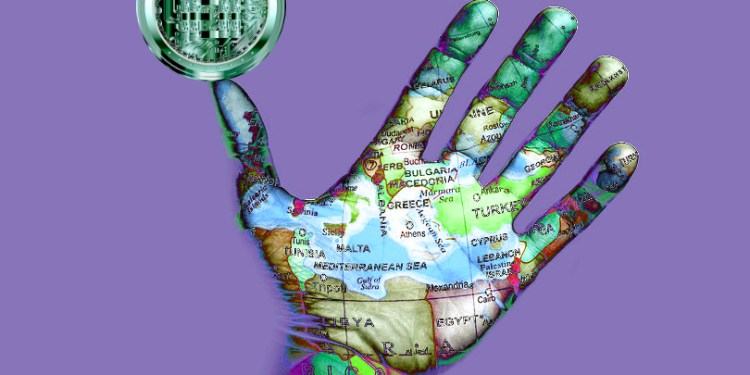 Inflation has been a massive issue for dozens of countries around the world. Jurisdictions like Venezuela, South Africa, Ukraine, and many, many others have ultimately seen most of their economies destroyed due to poor monetary management from either the government or political circumstances.

When it comes to currency value, we always need to consider what we are valuing the currency with. Sure, it used to be gold, but now it’s mutual trust and all that nonsense, which is quite ironic. Most crypto critics say that digital currencies aren’t guaranteed by anything but the market sentiment. Well, so are fiat currencies. There isn’t much of a difference.

Many oil-rich countries start to rely on oil prices as their prime indicator for their currency’s performance, while others have large industries that play a central role in terms of the exchange rate.

But how could cryptocurrency support countries with hyperinflation? Or the ones at the brink of shedding a large chunk of their GDP due to currency depreciation? Well, there are a few ways.

The demand needs to increase

One of the primary examples where market demand would play a fantastic role in maintaining hyperinflation or at the very least, replacing the local currency, is Venezuela.

It’s no secret that the Venezuelan Bolivar has seen inflation percentage in the millions, practically rendering the banknotes useless.

In order to somehow combat this massive decrease in the GDP per capita in the country, the local population had to rely on their relatives working in foreign countries. But the issue was that even if they sent money through traditional transaction platforms, there was still a risk that the currency would depreciate even further by the time the funds got to their destination.

Furthermore, there was always opposition from the local government towards USD transactions from abroad, as they wanted to limit them as much as possible.

Venezuelans quickly found an alternative with Dash, and are still using it today. Most of the country is unbanked and relies on their mobile phones for sending and receiving transactions. Therefore it was a fantastic opportunity for Dash to enter the market with its mobile platform.

But this doesn’t mean that cryptocurrency is the only answer these people may be looking for. The local government created its own crypto called Petro, which managed to fail within days of going live. By failure, I mean that almost nobody wanted to touch it as there was very little hope of it maintaining its value.

Furthermore, a centralized cryptocurrency is definitely not the answer to hyperinflation as it would immediately receive the same evaluation as the fiat already existing in the country.

What the country benefited from most was a neutral source providing the platform for transactions.

Another country where cryptocurrencies would be hugely beneficial is Georgia. Although the country is already very crypto-friendly, it doesn’t mean that the population has vast reserves in Bitcoin just laying around.

What I mean by preventing outside influences is the actions of foreign countries that could potentially affect the local currency exchange rate.

There was a bit of political tension between Russia and Georgia last month, which culminated in Russia banning flights to the Caucasus nation and potentially preventing transactions to and from Georgia.

Notice the keyword “potentially”. It has already caused massive hikes in the GEL/USD exchange rate as the currency market in Georgia is heavily reliant on unopposed economic relations with Russia. Having one of their biggest exports (wine) be banned from the local market alongside payments would decrease the country’s economy by a large margin, effectively causing a significant recession.

Even though the ban on payments hasn’t passed yet, the exchange rate managed to spike regardless, as expectations were the primary cause. If there had been a high presence of cryptocurrencies in the country, there would have been very little angst from the Georgian side as they would still have a pipeline for processing payments from Russia, while the Russians could pay without alerting the authorities too much.

Overall, it would be a great way to mitigate the supply loss of inbound payments somehow and help the country stay afloat. But now, they’re forced to suffer through the speculation.

Seeing how large corporations like Facebook are starting to implement cryptocurrencies on their platforms, it’s quite likely that the awareness is going to spread like wildfire in the years to come.

However, when it comes to adoption, it may take a while as we see multiple regulators oppose the project.

Despite the opposition, it’s merely a matter of time before the technological advancements of blockchain surpass anything that the traditional banking system can compete with, and large crypto entities will become the key financial institutions in the world.

The majority of large banks understand this and are starting to familiarize themselves with blockchain.