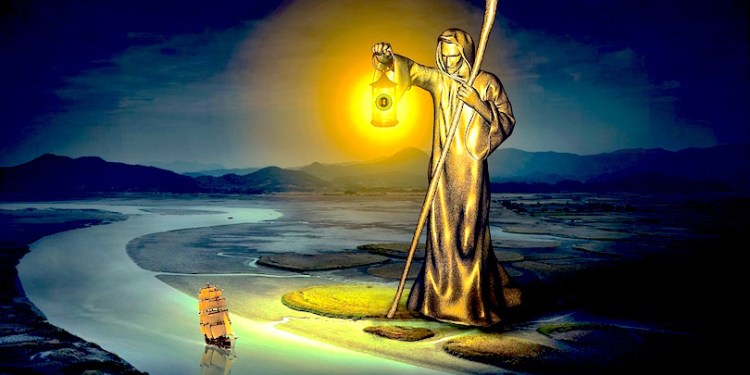 Bank of China, the world’s fourth-largest bank by total assets, has published an educational article about Bitcoin. The extensive infographic, which walks newbies through Bitcoin from its early beginnings 10 years ago, casts the world’s most popular cryptocurrency in a positive light.

Crypto insiders are speculating that this latest educational initiative from Bank of China is designed to prepare people for the country’s own fiat-backed digital asset and that China is poised to make a big move.

Binance CEO Changpeng “CZ” Zhao responded to a tweet about Bank of China’s new article on Bitcoin.  He wonders if Libra will lag behind, eclipsed by China’s potential entry into the digital asset space.

Who wants to bet the Chinese version of Libra gets there first? https://t.co/uLzLBMRkb6

The infographic explains Bitcoin basics: how it works, why it’s valuable, the purpose of mining and scarcity. It highlights the cryptocurrency’s use as a medium of exchange and its anti-inflationary mechanism.

The explainer starts with the release of the Bitcoin whitepaper by Satoshi Nakamoto in 2008, the mining of the first 50 BTC in 2009 and the big 10,000 BTC pizza splurge by Laszlo Hanyecz in 2010. It includes the announcement of Facebook’s crypto project Libra and shows how people can send Bitcoin peer-to-peer using smartphones.

It also illustrates the darker side of Bitcoin including lost funds, exchange and wallet hacks, and risky speculation.

Samson Mow, chief strategy officer at Blockstream, commented that, overall, the publication is a bullish sign for Bitcoin which is up roughly 150% since the start of the year.

“Yesterday the BankofChina posted up an article about Bitcoin. They explained how BTC works, why the price is going up, and why it’s valuable. Never thought I’d see that happen. Bullish.”

Despite China’s clampdown on cryptocurrencies which began in 2017, several of the country’s major tech companies such as Alibaba, Tencent and Baidu have spawned blockchain projects.

“China can also issue a similar currency [like Libra]. Why wait for someone else to issue it? A nation’s power is greater than that of an internet company.”

You can check out the infographic here.