The Most Exciting Protocols for Staking

by Daniel Jimenez
in HodlX 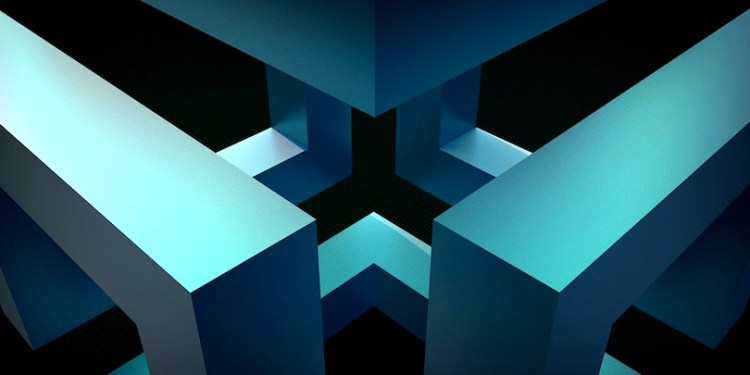 Blockchain technology continues to advance in its development for mass adoption. In its evolution to achieve this goal, it is currently going through the natural process of solving the great challenges of its time. This pursuit involves the ‘holy grail’ of the chain of blocks: scalability, security and decentralization.

The contemporary solution to the unscalable energy expenditures of the Bitcoin and Ethereum chains has arrived through the modification of their proof-of-work consensus mechanism by proof of stake. These derivations suppose a new economic model beyond a technologically ecological solution.

Today’s important and notable platforms have adopted improvements to proof of stake, such as EOS with its dPoS, FLETA with its PoF, or Cosmos with its bPoS. This is done to achieve better scalability than their predecessors, potentially spark more real-world use cases and ultimately support blockchain technology towards massification.

There are some technical foundations that allow certain platforms to stand out from their competitors, even when they are in early-stages and are not completely functional mainnets. Let’s review these technical characteristics that allow the new generation of blockchain platforms to be a great option for staking.

Every day there are more needs for compatibility between blockchains. This is due to the wide range of platforms, that even when they have similar or equal consensus mechanisms, each has its own unique features. This raises a question: what is the use of having a robust platform if it does not allow communications with similar chains, both friendly or competitive?

The idea was born out of the need to be able to transfer, exchange, or move assets between different chains, thus making different blockchain platforms work with each other. This ecosystem introduces risks related to trust and security.

When dealing with assets in different blockchains, there are two main interoperability scenarios: exchange an asset in one chain with another asset in the other chain or represent an asset in several chains and move instances from one chain to another.

It is estimated that the projects that allow communication between chains are the ones that can survive over time because their interoperability allows them to open the design space.

Cosmos, FLETA and Polkadot are three of the most interesting projects here. This group allows for communications between public blockchains of different companies or projects without the need to undermine the operational principles of each chain respectively.

These three platforms can be used to implement networks of blockchains. This is possible through the incorporation of relay technology and custodian bridges of multiple signatures in the protocol architecture.

Cosmos and Polkadot are more general-purpose, while FLETA is optimized more to the field of DApps and gaming. The three chains are based on a root chain that acts as a gateway for the communication of several parallel chains. In the case of Cosmo and Polkadot, essentially, the root chain stores Merkle roots of transactions that occur on individual chains where FLETA, on the other hand, achieves it at a different level thanks to its ‘Merkle Level Tree’.

The business of decentralized applications has shown in recent months to be increasing sharply. In Southeast Asia alone, the figures reveal a trillion-dollar market for the next three years and it is no wonder, given this year’s boom in blockchain technologies that bolster the number of use cases. The subsector of gaming has also boosted profitability in this emerging industry.

The next-generation platforms have already captured the change that is coming and what they must solve at the technological level to become true actors in a market that has been centralized by the first actors on the scene: EOS, Ethereum, and Tron. However, the limitations of blockchain scalability have put into question whether they can withstand the demand that is to come.

Hopefully, these new protocols will unlock the true potential of decentralized applications by being profitable to scale and by providing a better developer experience. There are many talented researchers and engineers who are developing interesting protocols that fall into this field, especially Ethereum 2.0, Polkadot, DFINITY, Solana, NEAR, Matic, and FLETA.

The success of this sector will go on to demonstrate that decentralized applications are really functional for the common user in terms of speed and security, as well as creating a friendly environment for developers who fully comply with their programming requirements.

Blockchain has currently clearly demonstrated one of its major limitations with the first- and second-generation platforms, and even with some of the third generation still suffering from scalability issues. Recent scalability issues became apparent with Bitcoin when its price was at its highest and also with Ethereum DApps like Cryprokitties which easily flooded the network traffic.

To visualize the scalability problem, Visa and Mastercard can process up to 56,000 transactions per second (TPS), while Bitcoin, for example, can only process approximately 7 transactions per second (TPS). As part of the solution, many platforms have introduced improvements, deriving basically from proof of stake to avoid the intensive consumption of energy characterized by PoW algorithms, on one hand, and on the other is used to avoid centralization of staking power.

Matic, Cosmos, and FLETA offer good scalability, an interface for the development of smart contracts, and proven community governance functions.

Matic (proof of stake) has already achieved 6,000-10,000 TPS in a closed environment, and a single sidechain is theoretically capable of up to 65K TPS.

Cosmos (bonded proof of stake) with Ethermint offers the same ability as Ethereum to implement smart contracts using RPC web3 endpoints, but those transfers are executed at a speed 20 times higher since it can pack 20 times the transactions in a single block. As a result, Ethermint has a limit of 200 TPS.

Due to the modular design of the Cosmos Hub and its peg zones, it can easily spin up to a second Ethermint zone and get a throughput of 400 TPS. If you add two more Ethermint zones, you get 800 TPS, and so on. This method of achieving horizontal scalability is unique to the Cosmos network and it’s infinitely scalable.

For now, with the implementation of Tendermint, the base language of Cosmos is based on Ethermint and can achieve 10,000 TPS.

Other interesting protocols which are currently in testnet include Polkadot, Algorand, and FLETA with its improved algorithm called PoF (proof of formulation), derived from the dPoS principle.

FLETA has tested a maximum of 20,000 TPS with CPU 6 core in its beta phases. Its mainnet is expected to be launched at the end of July 2019. For now, they project, according to their official channels, to maximize scalability, thanks to their technology which can offer up to 15,000 TPS in practice.

Regarding the governance of FLETA, they have introduced a model of hyperformulators and validators for their proof-of-formulation algorithm, with a pre-registration of mining that, to date, has a blocking of 233 million tokens of its initial circulation volume of 360 million.

FLETA has been designed with its proposed proof-of-formulation algorithm by opting for a redesign of the size of the block that, together with parallel sharding, allows highly scalable use cases with up to 15,000 TPS.  With the upcoming launch of the FLETA mainnet in August 2019 and the launch of its upcoming blockchain game, this project promises to break new ground in the development of DApps that can provide real-world blockchain solutions such as medical records.

DFINITY is moving away from the idea of building ‘alone’, another chain of high-performance blocks that points to a decentralized cloud computing platform.

The team behind Polkadot has great experience in the construction of high-quality blockchain software.

Finally, Solana is taking advantage of key innovations in multiple areas, such as data propagation and networking, as well as the parallelization at run time and the data structure of the underlying ledger. Solana aims to scale a single chain of blocks (without fragmentation) and make it incredibly fast.