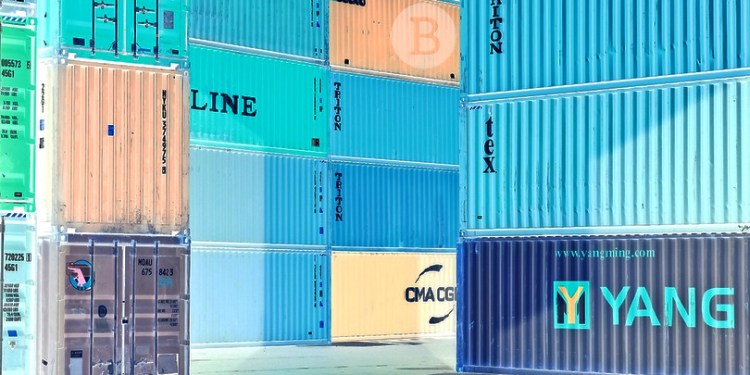 US President Donald Trump announced on Thursday a new round of tariffs on the nearly $300 billion worth of Chinese imports that had not previously been subjected to American levies. The additional tariffs will reportedly be imposed from September 1, 2019. The markets reacted with the Dow Jones sliding 280.85 points lower. At the time of writing, the DJIA stands at 26,382.20, down another 201 points or over .75% on the day.

Trump’s latest strike against China comes on the heels of a rate cut. The US Federal Reserve announced on Wednesday that it plans to reduce interest rates by 0.25% in order to stabilize the US economy and prevent adverse effects from ongoing trade tensions.

Notably, this is the first time that the Fed has slashed interest rates since Bitcoin was introduced in 2009 and also the first such rate cut since the global financial crisis of 2008.

Shortly after the Fed’s announcement, Bitcoin’s price surged by $200 to reach $10,000 within three hours. At press time, the flagship cryptocurrency is trading at around $10,488.45, up 4.48% in the past 24 hours, according to CoinMarketCap.

Silbert believes this may be the right time to buy Bitcoin as the decentralized digital currency could serve as a hedge against the potential instability of the traditional financial system.

The S&P 500 Futures and European financial markets also tanked shortly after Trump announced 10% tariffs on the additional $300 billion in imported Chinese products. The US government’s decision has come at a time when analysts were predicting that the US and China would begin working cooperatively.

Hua Chunying, China’s spokesperson at the foreign ministry, stated during a press briefing that Beijing may take countermeasures if the US moves forward with its decision to impose increased tariffs on Chinese goods.

“If America does pass these tariffs then China will have to take the necessary countermeasures to protect the country’s core and fundamental interests.”

Meanwhile, analyst Naeem Aslam, reporting for Forbes, argues that crypto enthusiasts are seeing the value of Bitcoin as an asset that can’t be manipulated to meet political or economic objectives.

“From a risk off perspective, Bitcoin price surged overnight as HODLERs (long-term BTC holders) clearly see how Donald Trump is destroying the status of the dollar. … There are already strong rumors that something robust is about to come out of China which is going to support the price of Bitcoin.”

“These levies … are going to push the Chinese regulators to start thinking seriously [about] adopting Bitcoin. Believe me that the day China lifts the ban on Bitcoin and supports this new currency with their supreme regulation, Bitcoin is going to crush the $100,000 mark in no time.”