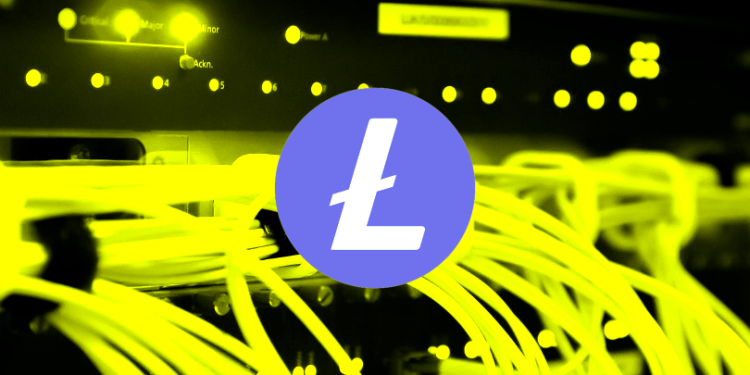 The Litecoin (LTC) halving is complete. The event happens every four years, reducing mining rewards by 50%.

Litecoin halving was a success! And price just hit $100! ?

Let's do this again in August 2023! ? pic.twitter.com/aBvDJtH4FV

Charlie Lee, the cryptocurrency’s creator, confirmed via Twitter that the halving event went smoothly and the LTC network appears to be healthy. The Litecoin blockchain network reached the activation block height of 1,680,000 at 10:16 UTC, according to mining pool operator BTC.com’s Litecoin Explorer.

Since the halving, 12 blocks have been found in 17 minutes.

Seems like miners have not shut off their hashrate at all. Instead, we are mining at a rate of a block every 1.4 minutes on average, which is much faster than the expected 2.5 minutes.

Litecoin mining rewards are now reduced from 25 LTC to 12.5 LTC for every block mined. A new block is generated on the Litecoin network (approximately) every 2.5 minutes. Around 576 blocks are produced every 24 hours with about 7,200 new LTC coins minted. Prior to the halving event, twice as many or 14,400 LTC were entering the crypto market each day.

Litecoin’s current circulating supply stands at 63 million with the total number of coins being capped at 84 million. Approximately 21 million LTC, worth $2 billion at current prices, has not been mined. As noted by Lee, the digital asset’s next halving event will take place in August 2023, after another 840,000 blocks have been mined.

Litecoin’s price increased from about $30 in January to a yearly high of around $120 in June as the halving approached. Litecoin’s hashrate, which is the amount of computing power securing the network, has increased by 200% since December 2018. The digital currency’s mining difficulty has also more than doubled since the end of last year.

The halving may impact the overall amount of interest in LTC mining. It could become more challenging to cover electricity costs associated with operating mining hardware as miner rewards, or compensation, has been cut in half.

The Litecoin Foundation, an organization focused on supporting LTC’s ongoing development, estimated that the final Litecoins will be mined around the year 2142, when the cryptocurrency is expected to reach its maximum supply of 84 million.

Meanwhile, the last set of 21 million Bitcoins are expected to be mined in 2140. Launched in October 2011 as a fork of the Bitcoin protocol, Litecoin is similar to the flagship cryptocurrency as both are deflationary digital assets.

Unlike inflationary fiat currencies that don’t have a limited supply, decentralized currencies like Bitcoin and Litecoin could continue to appreciate in value as their supply keeps decreasing.

“Folks that are invested in Litecoin see these technical moves as not being important enough anymore — there needs to be more fundamental development. These technical activities, although they make sense from a supply-demand perspective in terms of amount outstanding and so forth, at the end of the day, that story-line only works for so long.”

Meanwhile, Eric Turner, director of research at Messari, argued a few days before the LTC halving event that,

“In the bear market, a lot of traders saw the Litecoin halving as a good fundamental trade and it became pretty crowded. Now that the halving is here, some investors are starting to exit the trade. Halvings tend to be priced in, so the event itself isn’t the positive catalyst that many expect.”