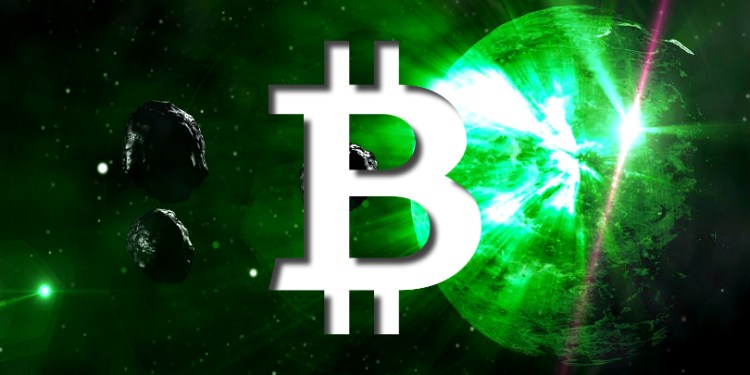 Bitcoin is rising as the Dow drops and the Chinese Yuan tumbles to its weakest level in ten years, triggering a renewed debate on whether BTC has emerged as a new hedge against global economic instability.

Scott Melker of Texas West Capital says he thinks traders in China may be “scooping up” Bitcoin to avoid the fallout from the US-China trade war.

“If you are looking for narrative on the recent BTC move, look at what just happened to the Chinese Yuan. Absolutely getting crushed. Perhaps the Chinese are scooping up some Bitcoin as a store of value. It’s a fun thought.”

1. China switches stance from banning $BTC to explaining why it is valuable and is a safe-haven asset. 2. China starts a currency war by devaluing the YUAN before the United States has the chance to do the same to the dollar. 3. ??? https://t.co/cFETFt9gt8

“China markets down 0.5%, Hong Kong down 1.5%, Dow futures down 125 points. Bitcoin up 5%. We are entering a new cycle where Investors are moving into Bitcoin when equity markets fall.”

According to Morgan Creek Digital co-founder Anthony Pompliano, the number of people choosing BTC to store their wealth remains small and concentrated in countries like Venezuela and Argentina, where Bitcoin volumes have surged in 2019.

“If this trade war continues, it wouldn’t be surprising to see capital flight accelerate from China and Hong Kong in the short to medium term. There are more than $27 trillion in Chinese deposits alone, yet the total crypto market cap barely eclipses $300 billion. If only 1% of Chinese deposits moved into Bitcoin to facilitate capital flight, the crypto market cap would almost double in size — incredible to think the size difference between these two markets…

To be clear, I am not making the claim that everyone is doing this, or that it is even a large percentage of an affected population. In fact, I think a small percentage of people are doing this, but the important part is that some people, regardless of the size percentage-wise, are choosing to do this for the first time in history.”

UPDATE: Bitcoin is performing as designed during times of global instability.

Galaxy Digital CEO Mike Novogratz believes Bitcoin may be done consolidating at around $10,000 in light of the current economic climate.

With the yuan over 7.0, an FX war, instability in HKG and the beginnings of capital flight, $Btc rally could have real legs.

Meanwhile, analyst Josh Rager is issuing a word of caution, and says what goes up must correct.

But that doesn't mean bearish

I'll remain bull bias unless a close under $11k