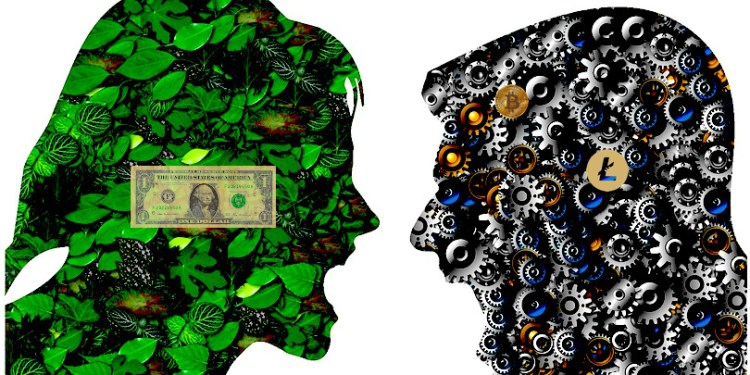 Litecoin creator Charlie Lee weighs in on the debate between cryptocurrency and government-backed fiat currencies in a new interview with crypto artist V E S A.

In the wake of comments made by President Donald Trump and Treasury Secretary Steven Mnuchin, who have described cryptocurrencies as tools for criminals who engage in money laundering, tax evasion and human trafficking, Lee highlights why cryptocurrencies, which are created by computer scientists, are superior to paper money.

“The general idea is that crypto, Bitcoin and Litecoin – it’s creating the best form of money that humanity has ever seen. So that’s why it’s so compelling to me. We’ve never had money as good as crypto – a form of money where it’s censorship-resistant. It has all the properties of good money. That’s something that when we get to the moon and we look back on it, we’ll realize what’s actually been created.”

Lee says the first time he realized how bad the monetary system is, he went out and bought some gold. That was the year 2000, eight years before Satoshi’s Bitcoin white paper. While crypto has sparked a revolution, he says the path to revamping the existing financial system won’t be easy.

Lee and the Litecoin team have been pushing for mass adoption, forging partnerships in mixed martial arts and entertainment.

“The UFC sponsorship just fell on our laps. We have quite a few MMA fans within the Litecoin community and there seems to be a pretty good intersection between MMA and cryptocurrency, it turns out. So when UFC was looking for a sponsorship, we decided to go for it and sponsor the fight and put a Litecoin logo on the octagon mat. I thought that was pretty cool. I think it really brought about a new kind of target audience. A lot of MMA fans got interested in crypto and I think it’s a good mix. They’re both crypto and MMA kind of targeted toward the younger crowd…

If Litecoin and Bitcoin become really successful, if it really becomes mainstream, I think it will be in a state where people don’t even know that they’re using Bitcoin or Litecoin or whatever cryptocurrency as money. People will just be using money. It will just be called money. People wouldn’t even know the details behind what’s going on when they’re spending that money that they have.

Similarly for money, all you care about is you’re transferring value from your wallet to the merchant, and the merchant is giving you a product.“

Lee imagines an inclusive ecosystem that stretches beyond a winner-take-all scenario.

“I think a lot of people are stuck on the idea that it’s a zero-sum game. If this coin wins or if this artist is doing better, then you’re not doing as well. But in reality, I think they can both grow the pie. You can both do well. It’s actually better if everyone is doing well. There’s no reason why one has to kill the other one.”