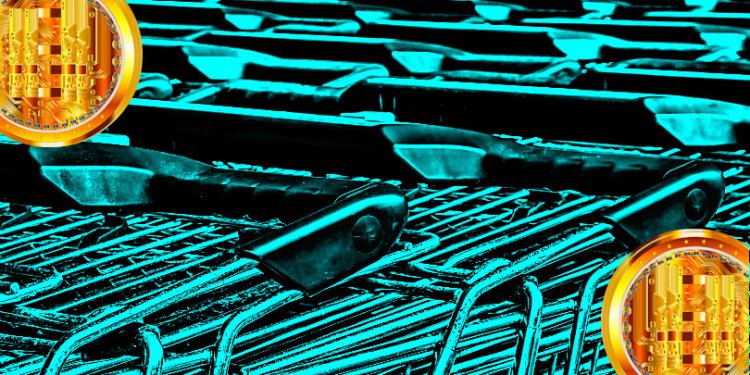 Walmart has filed an application to patent a way to use digital currencies and blockchain technology.

In an application submitted on January 29 and published on August 1, Walmart appears to be interested in developing a stablecoin that could potentially be tied to the US dollar.

The application mentions how the digital currency could act as a substitute for banking, particularly for low-income households.

“Using a digital currency, low-income households that find banking expensive, may have an alternative way to handle wealth at an institution that can supply the majority of their day-to-day financial and product needs.”

Walmart sees the technology as being potentially disruptive to legacy financial operations.

The application also states the digital currency could be used for a “currency micromarket” where customers could even create a microbank at Walmart and gain interest while their money is there.

“A customer buys digital currency, such as at the beginning of a month. The purchase may be made using another type of currency, dollars, Bitcoins, yen, etc. A smart analysis AI (artificial intelligence) helps the customer to buy an amount according to his budget, values, affinities, and preferences.”

Additionally, the application notes that embodiments of the invention could include “an open-platform value exchange for purchases and for crowdsource work” that allows people to offer services and products through a digital currency ecosystem. The digital currency could also involve a rewards system.

Walmart’s invention may still be a long way off from implementation. In an e-mail to Bloomberg, Kory Lundberg, a spokesman for the company, says they “don’t have any plans for this patent at this time.”

The news of Walmart’s potential foray into crypto breaks less than a month and a half after Facebook announced its own consortium-run stablecoin project, Libra. Facebook’s project has roiled US lawmakers and global leaders, triggering efforts to halt its development.

However, as more large corporations enter the cryptosphere, recognizing that traditional banks are not needed to move value, that money is a rapidly evolving invention and that paper fiat does not have every competitive advantage, policymakers will face mounting challenges in their efforts to protect the status quo.