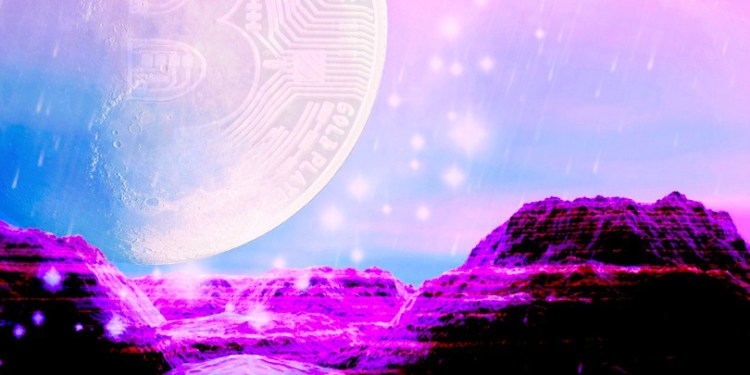 The CEO of financial advisory giant deVere Group says Bitcoin’s recent price movements show the leading cryptocurrency is starting to solidify its status as a digital form of gold.

Nigel Green says he believes BTC will continue its 2019 rise and hit $15,000, reports The Independent.

“The world’s largest cryptocurrency, Bitcoin, jumped 10% as global stocks were rocked by the devaluation of China’s yuan as the trade war with the US intensifies.

This is not a coincidence. It reveals that consensus is growing that Bitcoin is becoming a flight-to-safety asset during times of market uncertainty.

Bitcoin is currently realizing its reputation as a form of digital gold. Up to now, gold has been known as the ultimate safe-haven asset, but bitcoin – which shares its key characteristics of being a store of value and scarcity – could potentially dethrone gold in the future as the world becomes increasingly digitalized.”

Recent analysis from crypto prime dealer SFOX looks at Bitcoin’s correlation to the S&P 500, gold, Ethereum, Bitcoin Cash and Litecoin in May, highlighting BTC’s break away from the stock market.

“Crazy World. US President trying to devalue the dollar over Twitter. Boris heading for Hard Brexit despite knowing it causes a recession. Trump causing Trade Wars, knowing no one really wins.”

Bitcoin is getting more attention on #google trends . #Bitcoin hit a record number of hashtags this week on week. The more interest the price moves up ? pic.twitter.com/iEa2i6Jwh1

Meanwhile, CNBC is reading the tea leaves on the week ahead in traditional markets.

The chief investment strategist at CFRA, Sam Stovall, says he thinks the stock market is set for a turnaround and stocks could return to their highs once again by the end of August.

The chief financial economist at Jefferies, Ward McCarthy, is less bullish, pinning a global slowdown in growth on the White House.

“Trade tensions have unambiguously caused global growth to slow down, US growth to slow and caused inflation to decelerate. That’s quite clear. That’s all the White House… As things accelerate, the [bond] market has been dealing with known unknowns, and now you’re starting to see people worrying about unknown unknowns. We’re in dangerous territory.

There’s a widespread perception that there’s a race to the bottom going on here in yields, and it’s not necessarily the US that’s driving this. It’s the fact we’re the high-yielding market.”