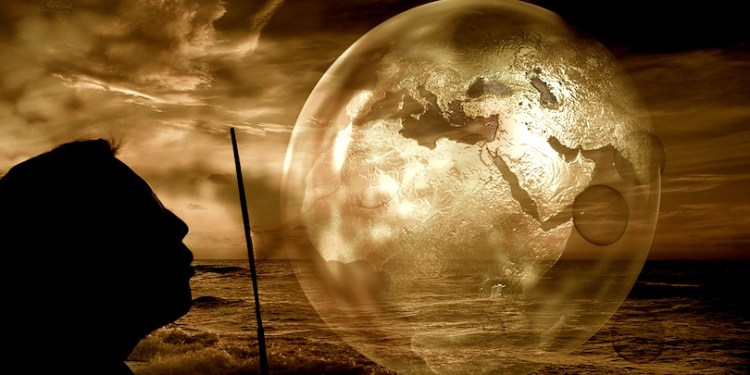 Mark Yusko, CEO of Morgan Creek Capital Management, is issuing a warning about the global bond market and how Bitcoin will serve as a “chaos hedge” against traditional assets undergoing severe strain.

Appearing on CNBC’s Fast Money, Yusko, whose company provides investment management services to institutions and high-net-wealth families, says he thinks the bubble is about to burst.

“I think we’ve got the biggest bond bubble we’ve ever seen in history. I think it’s starting to show signs of deterioration.”

On Wednesday, the Dow plunged 800 points in its worst day of 2019 as the bond market flashed signs of recession.

“We’ve talked about this really since last fall where the markets are playing out very similar to 2000, 2001, 2002. In 2001, we had the mild recession, and it was 2002 where you had the bond bubble explode with Enron and WorldCom. And I think the same thing is starting to happen here. You’ve got so many corporate companies that are really over-leveraged. They’ve been issuing debt to buy back stocks, and they have to pay the piper now that growth is slowing and profits are falling.”

Yusko calls out a list of governments where bonds are falling – Germany, Switzerland, Japan – and companies he says are embroiled in an unhealthy debt dynamic including Pepsi, Coke and McDonald’s.

A lot of companies issuing a lot of debt to buy back stock. I think that was a bad idea as we go into a weaker economy.”

Yusko says he’s nervous about just how bad the global economy is. Despite Bitcoin’s recent slide, he believes that the “safe haven” narrative currently surrounding the digital asset will hold up.

“I’ve been saying for a long time that people who watch the daily price of Bitcoin are really missing the whole point. The whole idea of Bitcoin is it’s a store of value. It’s a chaos hedge or ‘schmuck insurance’ as I like to call it, and what we need to think about is the long-term trend.”

In the short term, Bitcoin was trading close to $14,000 at the end of June before nosediving and slipping back below $10,000 multiple times throughout July and August. Says Yusko,

“Every year the low is higher. The value of the network goes up. And so, to worry about day-to-day valuations and prices really misses the major point, which is, you want to own a piece of the network.

You want to have one, two, three, five percent of your net worth in this asset as a hedge against all the problems that we see in the fiat markets and in the equity markets. Equities are very overvalued. Bonds are overvalued. It’s tough to find an asset that is undervalued. The only one I can really find is volatility, and it has become less undervalued in the last couple of days.”

The bond bubble is about to burst, warns @MarkYusko. Here's why. pic.twitter.com/aHpUjMgUEE