Bitcoin to the Rescue When Fiat Economies Fall Apart

by Cole Walton
in HodlX 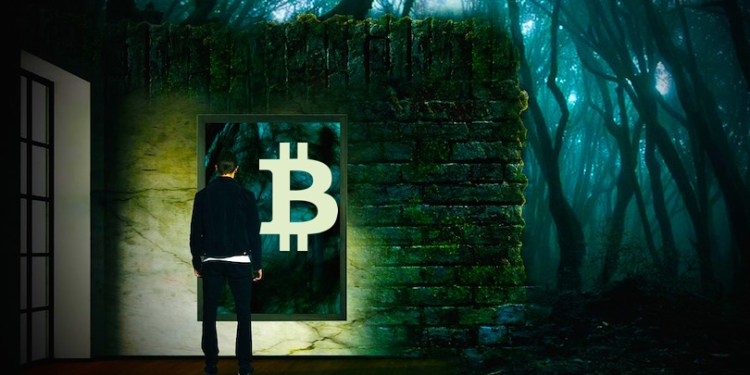 It’s no secret among economists that fiat currencies are facing an uphill battle. From nightmare scenarios like hyperinflation in Venezuela to creeping emergencies like the pending debt crisis in the United States, the stability of fiat economies is tenuous at best. Given the uncertainty facing investments tied to fiat-driven instruments, everyone, from those suffering from economic upheaval like in Venezuela to high-net-worth individuals seeking to diversify their portfolios, should be paying a lot more attention to Bitcoin.

While fiat markets are dramatically impacted by decisions made by centrally-controlled governments, Bitcoin is impervious to such political actions and should be a key component of individual and institutional portfolio allocations for those seeking true diversification and risk mitigation.

The dereliction of fiat-driven economies has been on full display as of late. Hyperinflation of Venezuela’s bolivar is the most dramatic example of market chaos. When there’s no way to trust that money earned will hold the same value the next day, or even the next minute, people will exchange those bills into other assets as quickly as possible. This is exactly what is happening in Venezuela. Though, problematically, if anyone is caught using a currency other than the government-mandated bolivar, they could be subject to stiff enforcement. No Venezuelan wants to risk potential confiscation of their assets. However, at the same time, holding value in bolivars is no recipe for long-term financial security.

Interestingly, Bitcoin is somewhat of a gray area when it comes to enforcement. Because the Venezuelan government issued their own cryptocurrency, the oil-backed Petro, they cannot pronounce all cryptos to be illegal. Furthermore, Bitcoin’s borderlessness and the fact that it is not tied to any nation’s government means it poses no political threat to Maduro.

So, at least for now, Bitcoin seems to be a safe store of value for the people of Venezuela. It is also a fascinating use case for how cryptocurrency can help people around the globe suffering the economic consequences of government negligence, natural disasters, and war to protect their wealth.

It’s not just in extreme economic turmoil where investments in Bitcoin make sense. To say the creeping accumulation of national debt in the United States is a problem would be an understatement. The debt is currently more than $22.5 trillion and growing. If there comes a point when foreign governments no longer trust the US to repay its loans, the United States will be in a very bad spot. Billionaire investor and hedge fund manager Ray Dalio disturbingly compared the economic situation in the United States today to that of the 1930s.

According to Dalio, the impacts of the next downturn could be more difficult to reverse “because of the combined effects of debt, pension and health-care burdens, the wealth and opportunity gap that create polarity and populism, and less effectiveness of central-bank policies.”

Bitcoin awareness has certainly increased this year, with an estimated 11% of the US population owning Bitcoin, according to a Blockchain Capital survey. Though crypto enthusiasts may find this figure encouraging, if a financial crisis is imminent like Ray Dalio suggests, these numbers should be much higher. Data published by Grayscale illustrates that investment in Bitcoin tends to increase in the midst of economic uncertainty.

For example, the report showed Bitcoin gained 47% in the drawdown resulting from the US-China trade war. Bitcoin showed a similar boost after the unveiling of the Brexit decision in 2016. According to the Grayscale report, “Bitcoin was a top-performing asset, boasting a return of 7.1% on strong volume,” and outperforming “perceived safe-haven assets including gold, the Japanese yen (JPY), and global bonds” during the massive day-long asset selloff following the announcement of the referendum vote results.

Could Bitcoin be a saving grace for markets around the globe?

Between Venezuela’s currency meltdown and the impending debt crisis in the United States, it’s apparent that fiat-driven economies can not be trusted when governments and bureaucrats make the wrong long-term economic decisions. Bitcoin is an obvious alternative because of its resilience to government influence and politically unbiased construction as a peer-to-peer digital currency system. Though Bitcoin is often discussed as a viable store of value for people suffering economic upheaval, Bitcoin should also be examined much more closely by institutional investors and hedge fund managers seeking to diversify their portfolios. Those who recognize the reality of fiat market instability and take action to protect their investments now will be seen as prudent investors down the road.