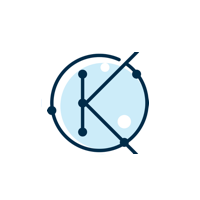 The Konstellation management team has been traveling throughout Europe and Asia in an effort to help government officials understand the rapidly growing digital economy.

On the 21st and 22nd of May 2019, Sang Lee, CEO of Konstellation, was invited by the Luxembourg government to share his thoughts at ICT Spring on how blockchain will revolutionize the asset management industry.

ICT Spring is a global technology conference hosting an array of international finance professionals. This annual two-day event is held in Luxembourg City, at the heart of Europe. It offers participants a unique opportunity to deepen their digital knowledge, capture the value of the fast-growing fintech industry, and explore the impact of space technology on terrestrial businesses through exhibitions and demonstrations of the latest tech trends and innovations.

“At Konstellation, we feel it is an honor and a privilege to be invited to be a part of their collective enlightenment process,” expressed Sang Lee. “We truly believe that regulation is a good and inevitable outcome. Our goal is to be a part of shaping that digital future.”

In Luxembourg, the CEO of Konstellation discussed the benefits of tokenization, explaining that it will be both an opportunity and a challenge for the financial services industry. However, the subsector that focuses on compliance alone will most likely thrive due to tokenization, claiming that it represents a $425 billion opportunity. Understanding the difference between two basic types of digital assets, utility tokens and security tokens, could help the financial services industry address these challenges.

During the event, Lee also met with the head of the industry group Luxembourg for Finance after having met with them previously at Konstellation’s headquarters in Seoul. The discussion was centered around expanding finance-oriented blockchain businesses in Luxembourg and the potential for Konstellation to augment that ecosystem.

Luxembourg Private Equity Association also attended the event and met with the CEO to explore the current landscape of asset management as well as potential opportunities for the Konstellation Network to assist in furthering their reach of tapping into global investors as well as making the process much more efficient. Konstellation seeks to build a global partner base that can help the ecosystem scale and thrive long-term.

The themes that were discussed at this event included digital finance development, the application of artificial intelligence (AI) and blockchain technology, their links with traditional industries as well as their security and legal concerns. It was two days spent with some of the brightest minds on the cutting edge of digital asset management in Greater China and an honor to get acquainted with the beautiful mountain city of Yan’an, the birthplace of New China.

At both conferences respectively, Lee and Krapels emphasized the importance of digital asset provenance. In terms of know-your-customer (KYC) and anti-money-laundering (AML) regulations around the world, blockchain technology should be seen as an added benefit to compliance and regulatory concerns. On-chain assets can easily be traced back to their genesis. AI algorithms are already in development that would facilitate this level of tracking. Thus, far from the typical criticism held against bitcoin and other digital assets that associate the technology with criminal activity, governments should embrace blockchain.

Konstellation believes that the tokenization of assets will become more common in the future. Our vision is to deliver that future to our token holders and ecosystem participants.

Konstellation (DARC) will expand the blockchain ecosystem for the massive global financial services industry. Large financial institutions want to start digital assets investment, but there is no existing infrastructure for the creation, storage and distribution of digital assets. DARC is the utility token that powers the Konstellation Network, a hybrid public/private blockchain which will allow for (i) the creation of digital assets, (ii) the seamless and global blockchain-enabled trusted interaction with critical counterparties and (iii) the backbone upon which financial institutions can interact with each other in a transparent, secure and, most importantly, compliant manner.

Konstellation had most recently arrived at its first major milestone launching the DARCwallet, which will be an important interface for the partners, institutions and token holders to engage the ecosystem (download available here). DARC tokens are currently traded on exrates.me and P2PB2B.

Luxembourg Private Equity Association has the second-highest number of asset managers in the world and is primed to continue to grow as a leader in the global finance industry especially with the anticipated changes in the European region.

About Luxembourg for Finance

About Asia Pacific Institute for the Digital Economy

The Asia Pacific Institute for the Digital Economy (APIDE) is a new think tank that seeks to mobilize the academic expertise and institutional resources of 45 major research universities in the region in cooperation with the Association of Pacific Rim Universities (APRU) to promote new Internet-based technologies and policies that are vital to the future growth of the digital economy.