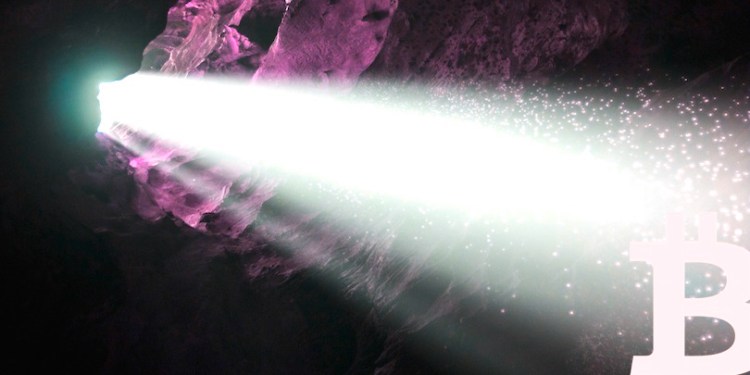 Despite the fluctuations in the equities markets, major US stock indexes are still able to maintain their YTD gains so far. Sectors such as tech and real estate have been contributing most of the gains to the indexes. As regulatory issues are continuing to loom and challenge the outlook of those fast-growing sectors, could Bitcoin make a better investment in a volatile market compared to the mega-size tech companies?

Although the tech sector has been a major pillar supporting the US equities markets, 2Q19 was a terrible quarter for the tech sector, the NYSE FANG+ Index, which measures the performances of the 10 US-listed tech and media companies with the biggest market caps, such as Facebook, Apple, and Amazon. The Index has given up more than 18% of the market value in May before rebounding in June and July. However, the FANG+ Index is still underperforming the broader S&P 500 and the S&P Information Technology sector. FANG+ has gained about 11% year to date, while the S&P 500 has been up more than 14% in the same period. Meanwhile, the S&P Information Technology Sector Index rose 25%.

So, after the sell-off in May and early August, are tech giants still overvalued? Before answering that question, it’s key to understand the growth outlook of those companies. Figure 2 shows some of the key ratios of major tech companies. From a P/E ratio perspective, many of them were trading at a premium when the S&P IT Index P/E was only at 26.72.

According to the data below, some companies’ forward P/E ratios were lower than the trailing P/E ratios, such as Facebook and Alibaba, which indicates they are probably not fast-growing. Generally, a company with a higher forward P/E ratio than the industry or market average indicates an expectation that the company is likely to experience a significant amount of growth. However, if the company fails to meet the high-growth demand with increased EPS, the price of the stock will likely fall.

Additionally, the PEG ratios may give you a more complete picture in terms of growth expectation. While Twitter may seem to be the cheapest at the PEG ratio of 0.71, the underlying assumption of 23% growth may not be sustainable. On the other hand, Nvidia may outperform its 9.5% growth rate. Yet, a company with a PEG over 1.0 is often considered overvalued.

“Rising market concentration and the political landscape suggest that regulatory risk will persist and could eventually weigh on tech company fundamentals.”

“The valuation premium for growth is elevated relative to history. Software in particular now carries the highest multiples since the Tech Bubble.”

The rapid expansion of the tech sector has caught the eyes of regulators, and this scrutiny could be a major hurdle for price performance of major tech stocks.

Just recently, the US Justice Department confirmed that it’s working with state attorneys general to investigate whether tech conglomerates like Facebook and Google were involved in stifling competition practices. Makan Delrahim, Assistant Attorney General for the Antitrust Division at the DoJ said,

“We just have to have proper, timely and aggressive enforcement of the antitrust laws.”

DoJ has reportedly launched an antitrust investigation against Google and other major tech platforms. The Wall Street Journal suggests that the investigation would focus on how the tech giants have grown their ranks and expanded their reach into their businesses and also how they’re leveraging their massive user bases. Markets expect that the antitrust probe could potentially lead to more focused inquiries into specific issues, as well as expand to include unrelated legal violations that arise.

“We just have to have proper, timely and aggressive enforcement of the antitrust laws.” – Makan Delrahim, Antitrust Division, DoJ

In many cases, the social platform is an important component of these tech conglomerates. When considering their growth outlook, it’s key to factor in a platform’s favorability among different user segments, and a recent report suggests that Millennials are no longer a fan of social media.

Financial services company INTL FCStone released a report in July, saying the high-flying tech names like Facebook, Amazon, Apple, Netflix, and Alphabet are all showing signs of slowing growth. Millennials once were the major driving force behind the strong growth. Now that is no longer the case. Vincent Deluard, Global Macro Strategist at INTL FCStone noted that as Millennials grow up, the generation no longer seems to be the strong trendsetter it was once before, and marketers have already shifted their attention to younger, more attractive Generation Z.

Although Gen Z appears to be a market with huge potential for tech companies, many studies have found out that social media is losing its grip on young people, which could jeopardize the growth of some major tech companies.

As FAANG’s appeal fades, could Bitcoin be a better tech alternative? Bitcoin has often been considered a bubble that could burst anytime. Think about FAANG stocks. The total market cap of the top five tech stocks has reached over $3.1 trillion as of late August 2019, and figure 4 shows that the total crypto market cap is now standing at around $264 billion.

Despite the lukewarm performance of the FANG+ Index, the market cap of the leading tech companies still inflated.

Figure 5 shows that the FANG+ Index has gained about 10% YTD, while the prices of Bitcoin and the total crypto market cap have a triple-digit growth in the same period. Still, the magnitude of FAANG remained significantly larger than the whole crypto space, so from this perspective, apparently, tech stocks are more bubble-liked than crypto overall.

As we discussed, the social element is one of the most crucial parts of many tech companies. In cases like Facebook, it’s the major operating business of the firm. However, in some cases, the way tech companies run their social platforms is a business model of decentralization.

Take Facebook, for example. Facebook users are not customers of the social platform. They are the products. From the company’s perspective, Facebook is a decentralized platform that owns a diversified source of content, so that the firm does not have to rely on a single source of content and can, therefore, reduce risks.

Bitcoin, in a certain way, works the same. Bitcoin is a decentralized platform for payments and store of value, and the value of Bitcoin is very largely determined by its users. So, on that front, Bitcoin and social media seem to share the same underlying value.

We’ve reviewed the challenges that major tech companies are facing, such as regulatory issues and changes in consumer habits. Valuation-wise, FAANG seems to remain at a relatively high level and its sustainability remains in question. However, Bitcoin could provide a better alternative for growth-seeking investors as its decentralized nature appears to be a decent substitute for the high-flying tech stocks. While as of yet there’s no sign of urgency for selling tech stocks, Bitcoin could be an ideal hedge for a tech-centric investment portfolio.