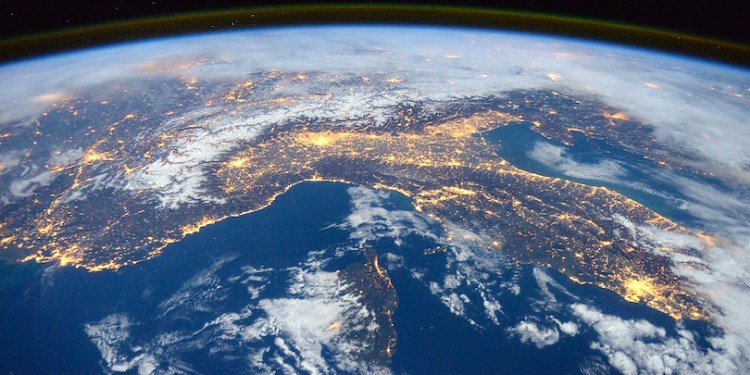 Former NASA engineer and Bitcoin advocate Beth Moses says she got a birds-eye view of humanity from outer space when she became the world’s first woman commercial astronaut earlier this year. Part of a three-person flight team, Moses soared 55.87 miles (89.9 kilometers) into orbit as a “test passenger” aboard Virgin Galactic’s second spaceflight on February 22.

Says Moses, in a recent report by Forbes,

I saw the original bitcoin blockchain as evidence of a global tool that could give a point of reference for data keeping and a transfer of value. It is the same ledger referenced to the same genesis block no matter where you are, and that struck me as a global tool. Just like every GPS system uses the same latitude and longitude, zero.”

What did the Earth look like from space? Our Chief Astronaut Instructor, Beth Moses, flew as the third crew member in a live evaluation of cabin dynamics during our last test flight. She became the 571st person to fly to space. ? pic.twitter.com/xHDTqTxKht

Moses released footage from her voyage at the Blockchain Summit event hosted by Richard Branson on Necker Island. Crypto supporter and founder of the Virgin Group, Branson is investing in blockchain developers here on earth to manifest the global tools required to transform the financial system.

The British billionaire is a backer of Blockchain’s The PIT, a cryptocurrency exchange that aims to rival Coinbase, the largest Bitcoin trading platform in the US.

According to a report by CNBC, Blockchain says its new turbo-charged exchange can outperform Coinbase and Binance by executing “lightning-fast” buy or sell orders in “40 to 50 microseconds,” an “order of magnitude faster than other market players.”

The PIT is led by a team of Wall Street veterans and techies from the New York Stock Exchange, TD Ameritrade, Google and Goldman Sachs. Available in over 200 countries, it allows users to link their bank accounts with Blockchain to convert US dollars, euros and sterling for crypto.

In addition to Branson, Alphabet venture arm GV and early Spotify backer Lakestar contributed to the $70 million funding round in July.