Why Is Scalability So Crucial for Crypto Adoption? 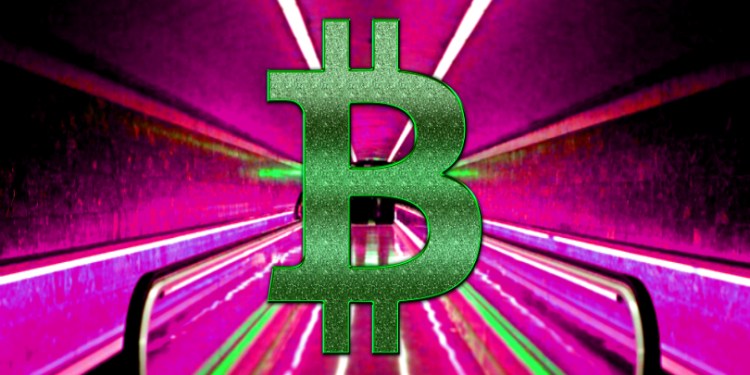 As cryptocurrencies continue to develop all over the world, we keep hearing new projects talking about the importance of scalability, but in most cases, their outcries for a better framework are quite vague.

This doesn’t mean that they’re wrong. Scalability is probably the aspect of cryptocurrencies that will keep them alive in the long run. Why? Because without good scalability to accommodate more and more people, the technology loses its primary value: speedy and efficient transactions.

When does scalability become an issue?

In order to determine the importance of this crucial part of the blockchain, we need to look at the most popular cryptocurrency out there: Bitcoin. Nearly every single crypto that has been created after Bitcoin has tried to one-up the pioneer but fails to come close to its valuation.

Despite the “outdated” nature of the Bitcoin blockchain, it’s still one of the most in-demand cryptocurrencies out there, and therefore one of the most “expensive”. Even though the technology which Bitcoin is built upon cannot survive the rapid development phase of the tech industry in the future, people still cling to it, hoping for an update or some kind of modification that will ensure its survivability.

Why would Bitcoin not survive in its current state? What’s wrong with it? Well, the very same thing this article is about. It has very limited scalability due to its limited block size for recording transactions and verifying them through the appropriate hash.

What does the block size have to do with anything?

The current block size for Bitcoin is 1 MB, which pales in comparison to other coins, but is still quite active regardless. This is because of the number of Bitcoin transactions that happens nearly every minute nowadays. However, that very same relevancy could become an issue.

You see, whenever a transaction is made on the blockchain, it is recorded on the block itself. However, there’s a limited number of transactions that can be recorded on a single block. For Bitcoin it’s 1 MB, which isn’t too much. Due to the fact that millions of transactions are happening nearly every week or every day, new blocks are required. The speed at which the miners can verify transactions, create new blocks, fill them up and continue the process is slowly starting to diminish.

The mining complexity keeps on getting harder, which taxes the hardware that miners are forced to replace nearly every year for better efficiency. The constant halvings reduce the income and the increased number of Bitcoin traders creates more and more demand for faster processing.

Sooner or later, all of this reaches a bottleneck, where hundreds, if not thousands of transactions remain pending while miners are trying to create new blocks and list all of the transactions for confirmation.

Why is this an issue for other cryptos but not Bitcoin?

One of the main arguments that developers usually use in regards to Bitcoin’s scalability is that it was never supposed to be a “universal currency”. In a sense, very few developers believe that Bitcoin will be your pocket money someday. They believe that different cryptos would be much more suitable for that purpose. Stablecoins and utility tokens, for instance, have a much higher chance of becoming pocket money due to their decreased volatility or no volatility at all.

With those coins, mining complexity does not tend to fluctuate. Instead it remains rather constant as miners can always rely on the stability of the network and no real “halvings” of their income.

This is economics 101. The revenue for providers remains the same. Therefore they’re able to satisfy the demand with enough supply. Should the demand grow, these suppliers will have the knowledge that the market is stable and that they can afford to grow. In these cases, the supply becomes automatically adjusted to the demand, and the demand doesn’t decrease over time as crypto adoption continues to spread.

We need to ask ourselves what makes cryptos so unique and in such high demand in today’s society.

Now let’s consider how many of these factors could be put in danger or are already in danger.

The identity of the users is already being disclosed by several cryptocurrency exchanges. This is due to a government’s demand, not because they’re selling the information. Almost every European country that has a cryptocurrency regulation has the authority to request the trading information of a crypto exchange’s customer base. This leads to the removal of anonymity from the blockchain and the introduction of taxes, similar to the situation in South Korea where the government banned any type of anonymous transaction in order to institute a tax law.

Second is the decentralized nature of cryptos. Looking at how large companies are starting to create associations such as Libra, we can easily see that cryptos with the largest capital are most likely going to be the most relevant in the future. This leads to several companies having authority over the network. However, there’s a reason to believe that these associations will start thinning out, leaving just one or two entities in charge, therefore making the process centralized. Let’s not forget that banks are also starting to adopt cryptos as well.

Finally, we come to the last two value points for cryptocurrencies: speed and cost. Both of these aspects are currently untouched on a large scale. The speed is still there and the cost is still much lower than traditional payment providers.

Should scalability fail to develop, we enter a phase for cryptocurrencies where they start to struggle to stay ahead of the other fintech developments. Emerging businesses like online banks, third-party payment providers, and online wallets are already introducing instant payments all over the world, challenging cryptos.

The cost will also increase if scalability is not tackled, but only for those who want a faster transaction. And at that point, why bother exchanging fiat into crypto, only to have the same exact situation as with traditional financial institutions? The only way this would be plausible is if salaries are paid in cryptos all over the world, and banks held large reserves of these digital assets.

Overall, scalability will determine the survivability of cryptocurrencies for years to come. Luckily, thousands of developers all over the world are looking into this issue and coming up with innovative solutions nearly every year. It would be a shame if Bitcoin fell behind all of the advancement.