by Jalak Jobanputra
in HodlX 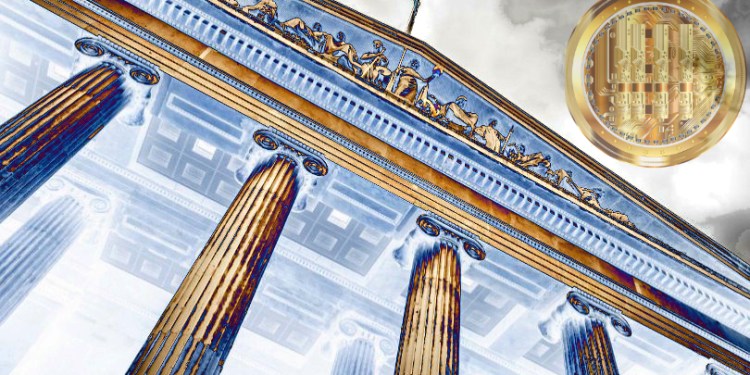 If you stepped off the plane on the Marshall Islands today, you’d be engulfed in the economy of the future. A group of small islands nestled in the Pacific Ocean, the country has embraced digital assets as its currency of choice, ditching the US dollar. In its decision to launch an independently monitored cryptocurrency system for cross-country use, the country became the first to explore a sovereign digital currency that could serve as an adequate replacement to traditional fiats.

The Marshall Islands is not alone – the rally behind sovereign digital currencies as a viable alternative to traditional fiat has been growing over the past 18 months. Facebook’s Libra, China’s central bank digital currency (CBDC), and most recently Binance’s Venus platform are all examples of this escalating trend. As more infrastructure is established to support digital currencies, we’ll see more and more countries, and organizations, participating.

We can trace the roots of this back to 2008, with the writing of the Bitcoin white paper. However, Libra and sovereign digital currencies are distinctly different from true cryptocurrencies, although the latter may have inspired and/or spur the adoption of the former. Although still in its infancy, this movement will have a broad impact on the current financial system, more so than most think.

Countries’ proclivity towards digital currencies is fueled by two factors. First, they provide central banks with more control and the ability to closely track the currency. Second, they can sever reliance on dominant currencies like the US dollar, a practice that now engulfs the foreign exchange market. Alternatives are especially attractive to emerging and developing countries.

In a piece penned by the Marshall Islands’ Minister In-Assistance to the President and Environment, three factors are cited for the country’s transition to digital currencies: the convenience and ease provided by blockchain technology, the ability to provide a fixed money supply with fixed growth to combat the unstable nature of fiat currencies, and international use.

It’s not just smaller economies that find these solutions attractive. The deputy director of the People’s Bank of China cited its motivation for launching a digital currency ”to protect our monetary sovereignty…” It won’t be long until other countries follow suit. While China has been contemplating a digital currency for a while, the accelerated timeline is likely a direct result of Facebook’s recent Libra announcement.

The introduction of Facebook’s Libra took the concept of a “sovereign” digital currency mainstream. Although slightly varied from a central bank-issued digital currency, Libra is well-positioned to become an alternative to traditional fiat, perhaps more so than cryptocurrencies such as Bitcoin. Facebook has for many years attempted to enter the payments space. By corralling its current properties (including WhatsApp and Instagram) and billions of global users, as well as its announced consortium partners, Facebook may be able to reach scale in payments and create new revenue streams without officially becoming a bank.

China’s currency mirrors Libra in a few ways. By partnering with homegrown platforms such as Alipay and WeChat, China would create a large market for its currency, one that could rival Facebook’s scale. Where they could be different is that the government would solely control the issuance of the currency; early communication from Facebook is that a consortium of 100 members would participate in the governance, issuance and management of Libra.

Post-2008, many countries, including Switzerland, have expressed the challenges that increased US compliance, coupled with the dollar being used as the global reserve currency, has presented to the banking industry. If countries were to issue digital currencies, they could theoretically settle transactions directly without another (intermediary) currency involved. Another country I am watching closely is India which has banned banks from banking crypto-related companies but has been public about exploring a digital rupee.

Just last month Binance, one of the largest cryptocurrency exchanges by volume, announced a stablecoin called Venus that will offer stablecoins pegged to fiat currencies. As their announcement states,

“Binance welcomes additional government partners, companies and organizations with a strong interest and influence on a global scale to collaborate with us to build a new open alliance and sustainable community.”

This infrastructure could help smaller countries issue their own digital currencies, tradeable on the Binance exchange (with access to a global market) without having to create a system from scratch.

Such a change is vital to GDP growth, and, as such, all nations should cooperate in the challenge ahead: creating alternatives to the banks, stock exchanges and other institutions built in previous centuries when intermediaries were necessary. We’ve seen Netflix disrupt the movie industry, and Amazon the e-commerce and content distribution markets. Our international monetary institutions could be next.