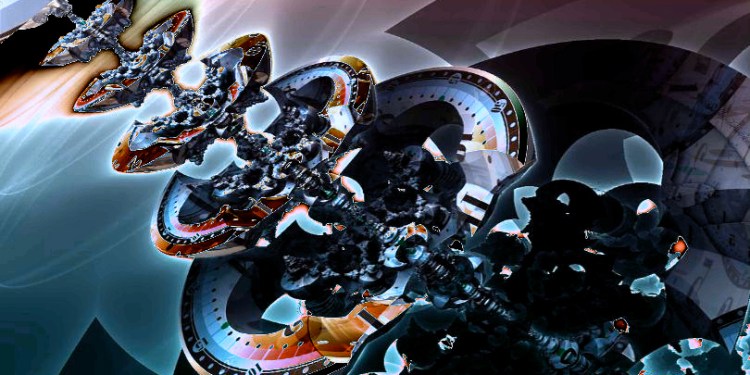 When Satoshi Nakamoto first launched his vision of Bitcoin, the goal was always for it to eventually become a universal currency. He wanted Bitcoin to become a decentralized currency free from manipulation by global centralized governments. Although Bitcoin has come a long way since 2009, it still needs significant improvement. One of the biggest obstacles holding Bitcoin back is scalability.

In 2017 and 2018, when the world was overcome by cryptomania, one of the biggest complaints among users was network congestion. There were times when transactions were simply taking too long to confirm. Imagine being at a grocery store and telling the clerk to hold on for several minutes while you wait for your BTC to confirm. It simply isn’t feasible. In order for Satoshi’s dream to become a reality, scalability needs to improve.

And once scalability does improve, the DApp market is certain to thrive. We are already seeing signs of growth and mainstream adoption from companies like Samsung, HTC, LG. It might be tough for some to remember the internet before Google and YouTube, but the internet didn’t have all those great companies from Day 1. It took years before they rose up and made our lives significantly better. The same can be said for blockchain technology. It will take time to reach the pinnacle, but in the meantime, Bitcoin and EOS are making significant strides to improve scalability and help drive DApp growth.

Bitcoin’s Introduction of the Lightning Network

Nearly everyone remembers the crypto mania in late 2017 and early 2018. The period was marked by one of the biggest bull runs in history where seemingly every altcoin was doubling or tripling overnight. Of course, with the incredible returns came a severely congested network. There was simply too much traffic to handle.

TPS (transactions per second) is a common metric used to measure different payment processors. Unfortunately, Bitcoin fails miserably in this regard. While the largest processor, VISA, is capable of processing 24,000 transactions per second, Bitcoin only has a TPS of 7. That simply isn’t good enough and needs to be addressed ASAP in order to drive mass adoption.

Speed and cost were two of the biggest complaints when the network became overly congested several years ago. Now that the Lightning Network is addressing those issues, mass adoption may be on the way. And DApp growth will be soon to follow.

The word DApp is commonly thrown around but what actually is a DApp. A DApp is a decentralized application that runs on a distributed computing system. DApps are essentially bound by four principles:

So, using the above principles, Bitcoin was actually the first DApp. Satoshi wanted to create a universal currency free from central government manipulation. After Bitcoin, Ethereum helped pave the way to show what was truly possible by utilizing blockchain technology. Ethereum’s goal was to create an alternative protocol for building decentralized applications with extra importance placed on development time, security, and scalability.

In addition to Ethereum, EOS is really doing some impressive work in helping to drive DApp growth.

EOS and Its Efforts to Drive DApp Growth

The EOS blockchain was initially designed with the purpose of solving the scalability hurdles faced by earlier blockchains, such as we discussed earlier with Bitcoin. EOS has several major advantages including a delegated proof-of-stake (DPOS) protocol and a 500ms block time. The advantages of using DPOS include:

As of the start of the year, 10k new accounts were being added each week to the EOS blockchain. A lesser blockchain wouldn’t be able to handle that kind of demand, so clearly EOS is doing something right.

When people hear that demand is outpacing supply, the first thought might be that sounds like a good problem to have. The issue is that RAM costs are soaring, and its supply is capped at approximately 90GB. These problems are limiting the capabilities of DApp developers and their applications.

In order to address these limitations, EOS is supporting the DAPP Network which functions as a second layer on top of the EOS mainnet. DApp developers have the potential to access extra storage capacity, secure communication servers, and other critical utilities that should make the development of DApps substantially easier and more affordable.

Optimization is absolutely the name of the game when it comes to the application development process. One great way to do that is through the use of DAPP service providers (DSPs) which are individuals and/or small groups that will impact the EOS ecosystem by providing services to DApp developers. DSPs will have complete control and autonomy over the provided service packages which will be offered on a free market basis.

Another option, which aims to address the limitations mentioned earlier, is the vRAM system. The vRAM System is an alternative storage solution for EOS developers which is part of the service package offered by DSPs. The system will be RAM-compatible, decentralized, and will allow developers to store and retrieve unlimited amounts of data affordable and efficiently.

Serving as an EOS hard drive, vRAM allows RAM to act as a cache layer for in-operation data only. Data will be permanently stored on distributed file storage systems, hosted by DSPs and loaded into a temporary cache table on EOS RAM once it is needed for a smart contract operation. A big advantage of utilizing vRAM-compatible smart contracts is that this will allow developers to work with very intuitive multi-index tables which is a data structure optimized for efficient data retrieval.

A few popular real–world examples of platforms using vRAM to streamline and reduce cost are Moonlighting, Karma, and Sense. Moonlighting is a freelance job market, much like Upwork, with over 750,000 users. Earlier this year, the company received a massive $5 million investment from Block.one. That VC financing will help towards integrating the platform’s infrastructure with EOS. Karma is an EOS-based social network which incentivizes users to interact with the world. It essentially creates a positive feedback loop between human interactions and a tokenized incentive. Lastly, Sense is a private chat platform focused on anonymity and security much like other popular chats such as Telegram.

This industry has come a long way since 2009. Although things have progressed a lot faster than many thought possible, there is still a lot of room for growth. In order to continue driving that growth and increase the potential for mass adoption, scalability must be addressed. The Lightning Network will do a lot to help scale and potentially allow Bitcoin to compete with the likes of VISA. In addition, EOS is taking the lead in DApp growth and will pay a pivotal role in its future.