Kangaroo, Tokenization and Securities: How Does the Blockchain Unite Them?

by Yevhenii Babichenko
in HodlX 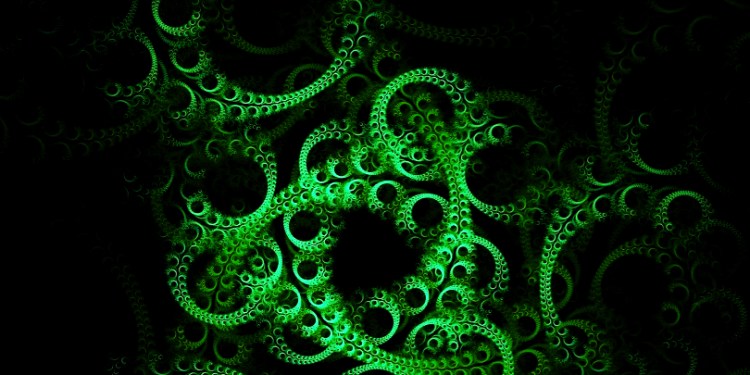 Have you ever wondered how much money is concentrated in the global economy? No one can give a definite answer, but millions of financial transactions are made every day across the globe. People spend trillions of dollars. For example, someone bought a house on the other side of the planet, and someone paid for coffee in your country.

Of course, money stimulates our world to rotate faster, but the digitalization of the global economy is necessary. That is why we propose to consider tokens as a key element of the digital economy.

Token as an element of the digital economy

The use of cryptocurrencies has already clearly demonstrated unique advantages compared to traditional assets as blockchain technologies create a safe environment for financial transactions without restrictions.

Decentralization, which is the basis of blockchain technology, provides an opportunity to minimize the risks of hacking and data leaks. Moreover, if we are talking about the financial side of blockchain, transactions within the blockchain system are many times faster than through banking services.

Cryptocurrency instruments can be considered an alternative to traditional fiat ones, and tokens, in turn, can provide several levels of value, which makes them programmable assets.

The decentralized Ethereum platform allows creating tokens of different standards, based on the field of their application, which allows various organizations and businesses to implement blockchain technology in their activities and tokenize their assets.

Each of the tokens has its own characteristics, functionality, and capabilities.

Each of the standards is designed for its own field. For example, ERC-20 is suitable for crowdfunding campaigns to attract investments, while tokens with smart contracts that are created on the basis of the ERC-721 standard, can be called unique assets since within the framework of each project it is possible to set different prices. Tokens of this kind are called NFT (non-fungible tokens – non-convertible tokens). NFT tokens are perfect not only for the tokenization of characters in games, but also come in handy in the world of art, real estate, and even in the workflow. In essence, the ERC-721 will find applications in areas where authenticity is important.

It is also worth highlighting the ERC-1155 standard, which was created to solve many problems that are faced by both developers and users of blockchain games.

These are just a few examples of the standards developed on the Ethereum blockchain. This diversity provides the basis for the development of many industries. Businesses need to understand which standard is necessary for a particular application.

To this end, the Ethereum Foundation teamed up with Microsoft, Intel, JP Morgan and other large representatives of various industries and created Ethereum Alliance.

The alliance brings together large organizations with the goal of creating a corporate blockchain and developing a digitized business. As part of the alliance, the Token Taxonomy Initiative was launched, which, in turn, aims to form a common working group for the development of Ethereum corporate networks.

In addition to the technical part, one aspect of the initiative is the interaction among participating companies that can share developments and improvements for traditioannal blockchain standards.

Representatives of the taxonomy initiative were the first to introduce token classification to the world community in order to popularize the Ethereum blockchain for business solutions.

“A common framework to classify tokens, and common language to describe them is an important step towards broader blockchain platform interoperability. IBM is pleased to be part of the technology-neutral Token Taxonomy Initiative as part of our ongoing commitment to open industry standards.

The developers and organizations building the token networks of tomorrow, including IBM’s clients, will be the major beneficiaries. This will help establish a foundation not only for technology and business, but for the changing regulatory landscape as well.” – Jerry Cuomo, vice president, IBM Blockchain

Blockchain as an infrastructure for issuing and managing bonds

Based on the classification of the taxonomy initiative, we can conclude that blockchain technology is multifunctional. One of the areas where blockchain can be successfully applied is the issuance of commercial bonds.

Corporate bonds (commercial bonds) – bonds issued by legal entities (corporations) in order to finance their activities. Basically, commercial bonds are a long-term debt instrument. Their maturity is often more than a year.

It is worth noting that such a solution is long beyond the concept phase and is being applied, for example, by the World Bank.

The use of blockchain technology in commercial bonds and in the operation of such securities reduces the required time and costs and eliminates bureaucracy.

The introduction of blockchain technology, namely smart contracts, provides a lot of advantages in transactions with commercial bonds. More specifically, transactions of this type will be guaranteed to be completed on time if all conditions between the parties of the transaction are met. Blockchain technology also eliminates the risks of falsifying documents and making any changes. Moreover, it is worth noting that several investors may participate in a transaction with securities on the blockchain. And, of course, the indisputable advantage of such a solution is the instantaneous implementation of operations and complete automation of the process.

Under the leadership of the World Bank, which, as we mentioned above, looks positively upon blockchain technology, Australia’s largest bank, Commonwealth Bank of Australia (CBA), became the first bank in the world to transfer its bonds to the blockchain.

Thus, the technology facilitated the emission, assignment, transfer, and process of controlling the execution of bonds and contributed to the creation of a completely new debt registration tool called the Kangaroo bond.

Kangaroo bonds are issued on Australian markets by foreign companies and denominated in Australian dollars. Representatives of international businesses are given the opportunity to issue these bonds in other currencies in order to benefit from the impact on the market of the country or on interest rates. Also, profits can come in the form of cash in foreign currency. It is worth noting that the Kangaroo bond instrument makes it possible for foreign companies to expand their investor base by raising funds in other jurisdictions. In the case of Australian investors, the Kangaroo bond minimizes the currency risks that were previously observed when purchasing bonds in foreign currency.

The largest bank in Dubai, Emirates NBD, used the Kangaroo bond tool, which at the beginning of 2018 set the price of 10-year bonds in the amount of $450 million.

This step is part of a program that includes bonds worth $1.5 billion with an estimated yield of 4.75%. Using the Kangaroo bond diversified the funding source for Emirates NBD and opened up a new market for the financial institution.

Tokenization of commercial bonds can open up new development paths for financial business activities, making this market more efficient and more functional. As the operation of securities is transferred to smart contracts, the new technology supports a transparent interaction environment for all transaction participants, simplifying the process and minimizing transaction costs.