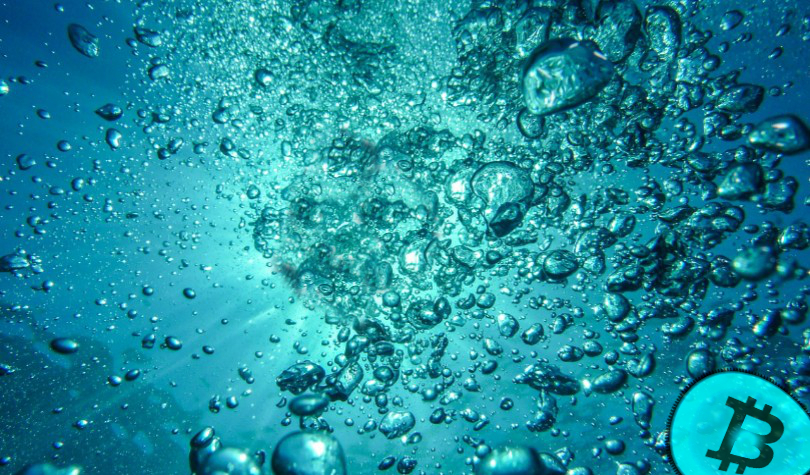 The founder of the investment advisory firm A. Gary Shilling & Co. and former chief economist for Merrill Lynch is known for his knack of calling recessions. He accurately predicted recessions in the 1960s and in 1991, and warned about the housing market boom that went bust and led the global financial crisis in 2008.

As for Bitcoin and cryptocurrencies, he calls them a “black box.”

“It’s a black box and I’m not a believer in black boxes. I recently met with a friend of mine, a West Coast venture capitalist. He was very early on this. He’s made a lot of money on and so on. I cornered him at a cocktail party and I said, ‘Now listen, I want you to explain to me what this really is.’

‘Well you know, ok it’s a controlled deal and these miners. There’s only so many of them.’

And I said, ‘How about the guys behind this?’

‘Well you know nobody – well we think we know who he is, but…’

I just … Actually back in the South Sea Bubble, which is one of the great speculations. And there’s a book by a guy named MacKay. It’s a classic book. But he describes in there the South Sea Bubble, which was one of the great speculations. And this one guy comes out and he puts an ad in the paper. And he said, ‘Great discovery, wonderful investment, but I won’t tell you the details.’ And a lot of suckers in London invested in this. And the last line was: This guy collected all the money, closed up, left for the continent that evening never to be heard of again.

I’m just very suspicious of things that are not transparent. If I can’t understand it, I don’t want to invest in it.”

The video clip first appeared on Business Insider in October 2017 prior to Bitcoin’s explosive run to an all-time high of nearly $20,000. The following year Bitcoin crashed, bottoming out in December of 2018 at $3,248 before turning around at the start of 2019. Despite multiple declarations of Bitcoin’s death and demise, the King Coin has since regained half of its value from its all-time high and is currently trading at just over $10,000 at time of writing.

Along the way, the blockchain industry of developers continues to build new fiat on-ramps and infrastructure for cryptocurrencies and digital assets in a push for mainstream adoption and to support a wave of institutional investors.

Despite a lack of understanding and as mainstream economists, investors and financial experts attempt to grasp the fundamentals of Bitcoin and blockchain, policymakers continue to face regulatory challenges in an effort to map out clear guidance for the technologists, entrepreneurs and innovators who are reimagining the global financial system.

According to Brian Quintenz, a member of the U.S. Commodity Futures Trading Commission, the crypto industry is expanding and is “just going to get bigger.”

“That will create new challenges for us as a regulator, but we’re ready to meet those challenges.”