How Many Consensus Algorithms Exist for Blockchain?

by Daniel Jimenez
in HodlX 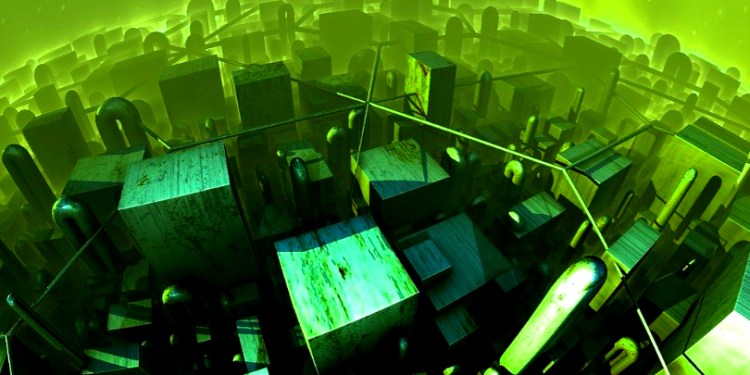 According to the prestigious Blockchain network achieves a consensus. As is known, blockchains need to achieve a consensus among the nodes that maintain it, ensuring the network in general, often validating the transactions that occur and defining which are legitimate to add to the main chain.

Bitcoin was the first cryptocurrency to bring the term “consensus algorithm”, since as we well know, it uses the Proof of Work algorithm (PoW), the object of great discussion today due to its excessive energy expenditure. Its main objective remains the same: to achieve consensus in a blockchain network.

As we mentioned earlier, this is the first blockchain consensus algorithm and it was first used by Bitcoin, the market’s leading cryptocurrency today. In PoW mining, miners solve complex mathematical puzzles that require a lot of computing power.

The first to solve the puzzle creates a block and receives a reward for it. The way to solve it is basically a ‘riddle’, since there is no alternative method other than trial and error.

The PoW algorithm ensures that miners can only validate a new block of transactions and add it to the chain if the distributed nodes of the network reach consensus and accept the hash found by the miner as valid.

Cryptos that use it

According to CryptoSlate, a total of 522 currencies of the more than 3,000 that currently exist in the ecosystem use the PoW as a consensus mechanism, even with some derivations and/or improvements such as the Komodo Platform which generates its consensus using dPoW (delayed proof of work), which is the basic scheme of PoW but modified.

Bitcoin uses the SHA 256 algorithm to sign its transactions, so currencies such as Bitcoin Cash,Bitcoin SV and Syscoin essentially implement the same Bitcoin methodology, but with an improvement in the size of the block that allows generation and validation times to be increased.

These platforms, due to their analogy with the leading currency, are called first-generation blockchain platforms and the vast majority are located in the top 20 of the crypto market, in terms of market capitalization, with a domain of 83.71% of the market or about $220.69 billion.

This consensus algorithm is born as an alternative to PoW and aims to achieve a distributed consensus. It was first used by Peercoin and was created in 2011 after being discussed in a Bitcointalk forum in the same year.

Its operation differs greatly from the previous algorithm. Instead of having the miners prove that each and every one of the transactions is legitimate, the Proof of Stake or Proof of Participation requires that a person bet, hold or block coins and validate their ownership. In short, this algorithm replaces the intensive mining of the PoW with a mechanism where the blocks are validated according to the ‘participation’ of those involved.

While there are different ways in which the new block creator is selected to avoid centralization by the amount of coins that can be locked or in ‘bet’, in general, the blockchain is secured by a pseudo random selection process that considers the richness of the node and the age of the coins along with a randomization factor.

There are about 415 coins that use this algorithm in all their derivations: Binance Coin, Stellar, Dash, Neo, Cosmos, Ontology, among others. Together, this sector represents about $9.27 billion, 3.52% of the market in general.

The Proof of Delegated Participation (DPoS) is a very fast and well-known consensus mechanism for its implementation in EOS and is often referred to as digital democracy, thanks to its stake-weighted voting system.

The way it works is that users vote for “delegates” who are given the power to make a profit by running a full node. The weight of your vote depends on your participation or blocking of coins.

Since delegates want to receive as many votes as possible, they are constantly encouraged to create valuable things for the community, as they are likely to receive additional votes for doing so.

This method is supposed to be more efficient and protects users from unwanted regulatory
interference. However, its greatest proponent, EOS, has been subject in recent weeks to an exodus of initial developers accusing the system of being centralized and insecure.

Among the top cryptocurrencies in this group, we have EOS, Tron, Cardano, Tezos, Lisk, Bitshares, Steem, among others, which together total 24 blockchains that use this algorithm. The domain of the sector is quite high considering the small number of projects involved, representing 2.64% of the total market in terms of market capitalization. That is, about $ 6.97 billion.

Byzantine tolerance to delegated failures is an elegant and brilliant name for a solution to achieve eventual consensus under certain conditions. The condition is really simple: as long as less than 1/3 of the accounting nodes are bad actors, it can reach an eventual consensus and everyone will be happy.

dBFT guarantees that if you reach a consensus, you cannot reach a different consensus later. As long as the bad actors are less than 1/3 of the accountants, then everything is fine.

The algorithm was proposed by NEO, and since then it has developed decentralized applications under this mechanism.

This mechanism works by starting with Proof of Work where miners essentially solve a cryptographic puzzle and claim their reward if they succeed. The difference lies in the fact that the mined blocks are only headers and mining reward addresses, instead of containing transactions.

Among the most popular currencies that use it are Decred (DCR) and Espers (ESP).

Proof of Burn parallels the concept that it is impossible for someone to delete data from a blockchain. So, the concept is to ‘burn’ coins. It consists of providing evidence that some coins have been burned in the process of sending a transaction to an address that cannot be used.

This method only works with coins extracted from cryptographic currencies of Proof of Work. Users will try to burn the most coins to “win” the block reward. Most of the time the burn test has been introduced to slow other coins destroying the value of one.

The selection process is said to be random, but at the same time, it is also said that the more coins the user burns, the greater their chances of being selected to extract the next block. This is somewhat similar to the Bitcoin process where the investment lies in the computing power that needs to be improved to obtain better hash rates.

Slimcoin (SLM) is the great example of this algorithm. Also TGCoin or Third Generation Coin, uses the algorithm. However, the auxiliary currency for Counterparty, an extension of Bitcoin software with color coin functionality, was distributed through a burn test process. Participants had to send Bitcoins to an unreliable address and received Counterparty tokens in return.

After a storage has been plotted (which means that it has been filled with solutions), you can participate in the block creation process.

Whoever has the fastest solution for the puzzle of a (new) block, can create the new block. The more storage capacity you have, the more solutions you can store, the greater your chances of creating a block.

Burstcoin was the first to introduce this concept. Other examples are Chia and SpaceMint.

PoET is a consensus mechanism algorithm that is often used in authorized blockchain networks to decide mining rights or block winners in the network. Authorized blockchain networks are those that require any potential participant to be identified before they can join. Based on the principle of a fair lottery system where each node is equally likely to be a winner, the PoET mechanism is based on equitably distributing the chances of winning among the largest possible number of network participants.

Essentially, the workflow is similar to the consensus mechanism followed by the Bitcoin Proof of Work (PoW) algorithm, but without its high-power consumption. The most exemplary case of this protocol is Hyperledger Sawtooth, a modular, authorized and enterprise-level blockchain platform.

Obelisk is a promising consensus algorithm that aims to eliminate the shortcomings of the Proof of Work (PoW) and Proof of Stake (PoS) algorithms, making it possible to maintain the blockchain status in the distributed network with minimal computing power and no need for participation. It reduces the need for mining, significantly improves the speed of transactions and offers improved security.

Obelisk tries to circumvent the problems of PoW and PoS by distributing the influence in the network according to a concept called “trust network”, where the density of a node’s subscriber network determines its influence in the chain. The most exemplary case of this consensus algorithm is found in the project called SkyCoin.

It is a consensus mechanism of the new era that requires less power and can run on relatively low-end hardware. The PoA work mechanism allows daily Internet of Things (IoT) applications to be used for basic mining capabilities of limited capacity. With their on-board processing power, IoT-compatible devices can be used for cryptocurrency mining.

However, since the available memory and processing power on these devices is limited, their contribution to mining remains small. The working mechanism of the PoA algorithm facilitates this type of “light” mining.

The most notable example is in the IOTW blockchain.

Proof of Checkpoint is a hybrid system that uses any Proof of Stake system with a Proof of Work system. The idea of this concept is to mitigate the attacks on the Proof of Stake system. However, it is still subject to an attack on a node that has been disconnected for a prolonged period of time and, in turn, can be used to provide false information about the blockchain.

The novel consensus algorithm proposed by the South Korean FLETA platform called Proof Formulation (PoF) tries to solve the deficiencies of PoW (energy expenditure), PoS (security failure) and dPoS (centralization) by combining the best of each in a single consensus mechanism.

In the Proof of Formulation (PoF), mining and block generation are performed differently compared to existing blockchain platforms. The formulators act as block generators on the FLETA platform. The observers allow real-time confirmation of the blocks that are generated and avoid double spending. The formulators serve as the backbone of the PoF algorithm. The PoF algorithm differs from the PoW in that it does not require enormous computing power and also differs from the DPoS, where only elected delegates can participate in mining.

Due to the short block time of only 0.5 seconds, mining is high speed, with only four seconds per block. In addition, in the FLETA mining ecosystem, the blocks are instantly confirmed through the Observer Nodes. Among the five observation nodes, three of them should validate the blocks immediately after generating them, allowing the blocks to spread quickly.