Bitcoin and Crypto Is Great If You Don’t Lose Your Sh#t, Says ShapeShift CEO Erik Voorhees 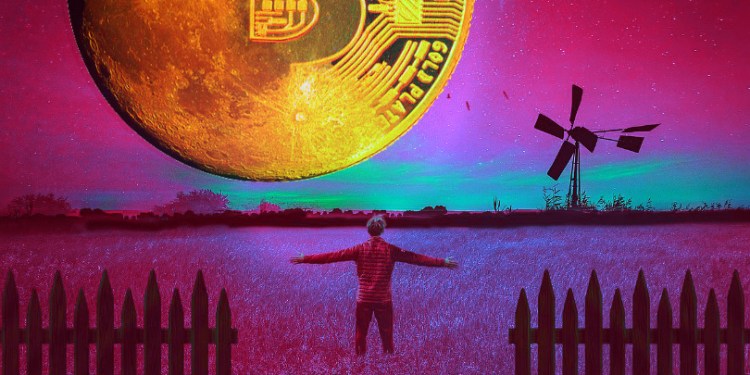 ShapeShift CEO Erik Voorhees says it takes both mental and intestinal fortitude to make it in the world of crypto.

In a new interview on the podcast Off the Chain, Voorhees, whose company is a leading instant digital asset exchange that supports dozens of cryptocurrencies, talks about the many Bitcoin bubbles he’s witnessed since first learning about the leading crypto asset in 2011.

“By the time that the 2017 bubble happened, I had been through three bubbles prior. The first one in 2011, one in early 2013 and the big one in late 2013. And so I felt how this works, that Bitcoin and these things tend to go in these cycles. They tend to go up over time but they’re very volatile in the short term.

They’re real crazy on the upside and real crazy on the downside, and as long as you can handle both and not lose your shit, then it’s a great industry. So when the 2017 bubble came along, it wasn’t a new phenomenon to me.

But each bubble has become more and more intense than the last one, and every time this happens you get this new influx of people, almost all of whom only care about getting rich quick. And when the bubble pops, most of them go away but not all of them. So you end up getting a growing group of core people that get fascinated by the technology.”

Voorhees says over time, since the birth of Bitcoin, he’s watched the conversation about sound money change. He says the debate has forced economists and politicians to focus on the principles of fiat currency.

“On a macro level, the thing that’s most exciting that people should be paying attention to is that the conversation around monetary attributes has hit not the mainstream, but I would say mainstream politics. And this has largely been catalyzed by Libra. Bitcoin grew from this very small thing, and the people who are involved in it care about the attributes of money and what makes money good.

But that’s not something that the mainstream public has cared about. The word ‘fiat’ was never used in normal discourse before Bitcoin came out. And through Bitcoin and the crypto industry, and especially through Libra now, politicians and economists are saying the word ‘fiat.’ They’re talking about the attributes of money. They’re getting worried that someone like Facebook is coming out with a currency because it could compete with the dollar and harm monetary policy. That theme is amazing. That’s what we fantasized about eight or nine years ago. And that trend won’t stop.

As crypto keeps growing, as the fiat financial system falls apart into the next recession, these things are going to be hot topics of debate. I think Bitcoin will be villainized by economists. Libra will be villainized by economists and the politicians who basically want to perpetuate the fiat banking system. But that theme is really fascinating and is the thing that really gets me excited every day I wake up.”

According to Voorhees, Bitcoin and crypto has the potential to virtually replace fiat in the next 10 to 20 years, forcing a dramatic reorganization of the way governments operate.

“Ten or 20 years from now, I think fiat currencies will be mostly gone. Ten might be ambitious, but I think 20 is probable. And the reason is that as Bitcoin takes over, people will tend not to save their money in assets that are debasable. The dollar and any fiat currency is highly debasable. They are debased as a matter of course and policy. And people will at the margins tend to avoid those things and hold their value in something like Bitcoin.

I think this will be incredible because it will restrain the ability of governments to spend money. They won’t be able to inflate currency anymore. It means governments will have to shrink. I think you will have some kind of borderless, global currency like Bitcoin that everyone around the world will use. There won’t be this idea that the currency you use is based on where you live. In the same way that the internet has taken down all these borders and people just talk to each other anywhere in the world. Bitcoin and blockchain technology have done that for money.

So people can now move value anywhere in the world without these kinds of borders and arbitrary restrictions. So I honestly see it taking over the entire financial system. I see the place of the crypto industry as basically building the alternative system to the fiat and banking system.”

Despite his passionate opposition to government surveillance of money, Voorhees says he believes ShapeShift had no choice but to comply with know-your-customer (KYC) and anti-money laundering (AML) regulations.

“Fundamentally, I think if you haven’t hurt anyone, then you deserve to be left alone. And that’s really the basis of my ethical foundation. If you haven’t hurt someone then you should be free. That’s supposed to be the foundation of what America is built on. In the context of business, we don’t need someone’s name or address or social security number in order to trade crypto with them…

On the other hand, the government wants financial institutions to basically spy on people for them. They want the companies to basically be part of their surveillance apparatus and they force, through law, companies to do this. Early on in ShapeShift’s history, we felt comfortable enough in the grey area. It wasn’t clear whether we would be considered a financial institution and whether we had these legal requirements under US and international laws.

After the 2017 bubble, when we grew quite large, we started really looking into this because the grey area was getting less and less comfortable. We navigated every contour of this stuff that we could. We spent literally millions of dollars in multiple jurisdictions trying to figure out whether we would need to do this or in what way. And ultimately we came to the conclusion that if we didn’t do it we would probably be thrown in a cage and our lives would be over. So faced with that, that’s a pretty shitty position to be in. And definitely it was the most stressful decision-making time and the most difficult challenge that I’ve had to deal with in my life.”