Opinion: The Dangers of a Cashless Economy

by Mike Javenson
in HodlX 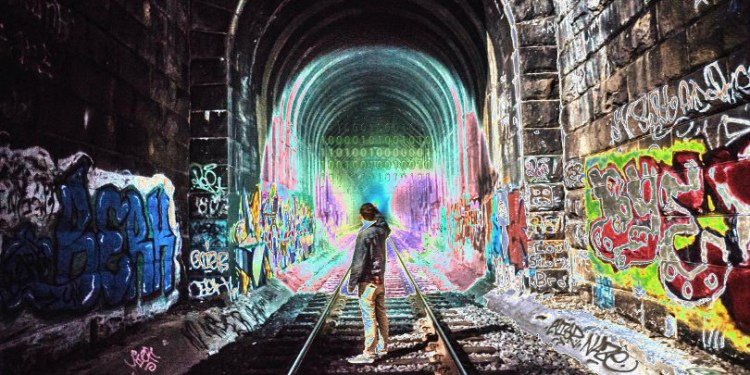 Shoppers beware! The saying goes: the road to hell is paved with good intentions, and the devil never shows his face – meaning that all mistakes seemed initially like a good idea. For the past decades, we have enjoyed the increased options of how we make payments, drifting from cash-only to mobile payments, for instance. But what seemed like a luxury could be the pernicious road to grave dangers, as cash slowly disappears.

Sweden has seen its cashless revolution heavily documented and reported on, as observers throughout the world used the Scandinavian country to see how a “world without cash” would work. Indeed, Sweden took the lead, several years ago, in getting rid of hard currency in favor of mobile and electronic payments with many shops and outlets simply no longer accepting cash.

But many other countries have followed suit, thus forming a global phenomenon that was initially a natural course of the market and eventually became instrumental to public and corporate policies. But a cashless society, which promises a seamless, safe and convenient world for all, comes with dangers of its own that citizens and organizations worldwide are very concerned about.

The first problem with a cashless world comes from the very nature of financial networks: they are complex. A cash payment is about as simple as a transaction can be, whereas virtual payments rely on a number of subsystems, each one being a potential breakdown of the overall system.

Sweden, for instance, experienced a computer crash during a “cashless festival” and, with none of the guests having cash, the entire event was bungled. Payment networks rely on operating power networks, and functional communication lines, whereas cash payments work, no matter where or how. Thus, a cashless world is entirely vulnerable to cyber-attacks and infrastructure breakdowns, with no emergency back-up plans.

Also, the danger can come from within, as any link in the chain can impose its conditions, when there is no alternative. If American Express or Mastercard chose to increase their commissions tenfold, we would have no choice but to pay.

In actuality, some people still do rely mainly on cash: the poor. Being somewhat voiceless, they tend to be overlooked by policymakers. But charity organizations warn that if we force our societies over the cashless cliff, the most vulnerable members of our societies will be further excluded and isolated. A bank account and an operational smartphone may be a given for the middle class, but it isn’t for the poor and destitute. As banks gradually withdraw from rural areas, where the poorer population often lives, to focus on cash-rich city centers, entire segments of the population are at risk of being edged out of the economy and seeing their plight increased. This concern, therefore, doesn’t apply exclusively to beggars and panhandlers, but to entire under-privileged parts of our societies.

A similar argument applies to the older segments of the population. Unlike millennials, these citizens  were not born with a smartphone glued to their hand, and they can find operating modern payment systems awkward and confusing.

Furthermore, cash has the particular characteristic of implying physical contact between the parties to the transaction. Virtual payments do not require this, and their generalization puts the elderly at risk of losing what little everyday contact they had. Killing off cash would lose the only way of conducting business which they have always mastered, giving them fewer reasons to interact with neighbors, shopkeepers and acquaintances on a daily basis.

Perhaps the greatest fear which the cashless revolution brings about is tyranny. If all transactions are virtual, then every operation in the world will be registered and monitored, leaving a paper trail linked to every single citizen. Corporations and governments will be able to keep tabs on everyone, and no one can tell who will do what, with that information. Citizens’ unrest and concern has already been expressed at how powerful and influential companies like Facebook and Google have become.

Banks and governments are also able to access the telltale information left by a virtual transaction. China, for instance, is noted as one of the most oppressive and intrusive regimes in the world, and has seen its cashless payments skyrocket over past years. For the time being, in most countries, any citizen who is concerned about excessive monitoring and control can still resort to cash, to protect his or her privacy. But what happens when cash disappears?

Finally, the environmental aspect of the trend is also considered, with many NGOs pointing out that the green promises of the cashless revolution may well backfire. The carbon footprint of financial operations is large, but invisible, which makes it dangerous. Unlike manufacturing plants with plumes of black smoke billowing from chimneys, virtual transactions seem clean and innocuous. In fact, behind each transaction, a domino-effect of computer transactions occur which, once added together, represent an immense strain on the world’s resources and place additional demand on energy producers. A banknote, however, is made of cotton (and not trees), and will be used to carry out many transactions in its lifetime.

Even Sweden, which has spearheaded the global movement, is now slowly becoming aware of the unsuspected dangers of relying only on technology to run our economies. Whether political, environmental, or social, every opposition finds common grounds in the belief that more options are better than fewer, and that if cash is to take a back seat in our economies, it should be a free choice from citizens, not an imposed agenda.