Understanding the Best and Worst Features of Decentralized Exchanges (DEX) for Bitcoin and Crypto: A Comprehensive Guidance

by Maria Fox
in HodlX 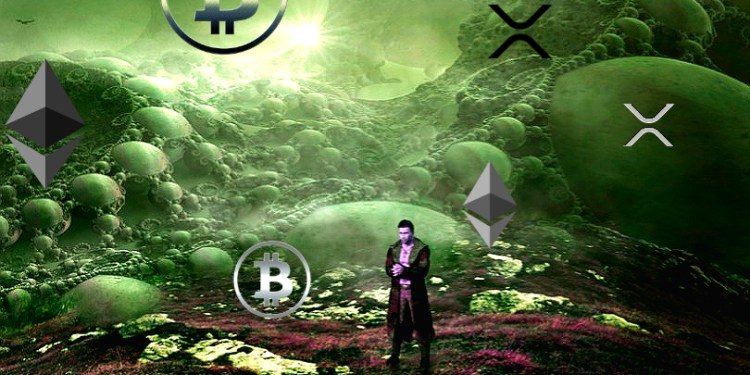 What is a decentralized exchange (DEX)?

A DEX is a blockchain-based exchange that doesn’t store user funds and personal data on its servers and acts only as an infrastructure for matching buyers and sellers wishing to trade digital assets. Such trading occurs directly between participants (peer-to-peer) with the help of matching engines. At the same time, most existing so-called “decentralized” exchanges are not truly decentralized: they belong to a centralized entity that cannot be decentralized by default. It does not matter how distributed this entity may be. Ultimately, decentralization means that a single source cannot be acting as the backbone of the system.

This article reveals the key features that a decentralized exchange should have. So, it is worth describing the pros and cons of such an exchange.

The exchange does not control your assets.

Unlike centralized exchanges that store and control the assets on their exchanges, a DEX doesn’t control their customers’ funds. Instead, the funds are stored in a decentralized manner, usually by the users or by the exchange software itself. This way, there is no one single entity acting as the owner of all the cryptocurrencies on the exchange, and the risk of loss is much lower.

All you need to use a DEX is a public key. At the same time, some DEX creators claim that they only release open-source software and are not responsible for what the community is doing with this software, thereby avoiding KYC and AML issues.

Over the past 10 years, more than 30 hacks of centralized crypto exchanges, such as Mt.Gox and Coincheck, have occurred. Until now, attempts to steal do not stop – daily hackers are looking for ways to exploit vulnerabilities in centralized systems. Since a DEX exists on a network of computers, attacking decentralized exchanges becomes much more difficult. There is no single point of entry or failure. This makes DEXs exponentially safer.

Decentralized exchanges are still not as popular as their centralized counterparts. Accordingly, they have fewer customers, trading volumes, and liquidity – and transactions take much longer to settle. At the moment DEXs represent about 1.5% of the cryptocurrency market trading volume.

DEXs are less convenient for use by professional traders because of the lack of advanced trading options. Algorithmic and high-frequency trading is difficult in decentralized environments.

Using a DEX usually requires connecting to a DApp or even installing an offline DEX client. You may need to configure an independent node and stay online for extended periods to complete transactions.

Most DEXs can’t provide any proper support service or reachable channels for customers to affect transactions or user accounts.

What distinguishes a real decentralized exchange?

Nowadays developers use interesting and unique models for creating DEXs. The most interesting ones will be described below.

This is the architecture of the first generation of DEXs. It was entirely blockchain-backed. Every distinct – every trade order, every change of status – was recorded in the blockchain network as a transaction. DEXs that use this approach tend to be illiquid, expensive, slow, and abandon the possibility of interaction with other platforms. For example, IDEX uses this same architecture. There is also Tokena, the first on-chain DEX, which uses an intermediate token to minimize user fees.

Transactions are performed within any blockchain network supported by relay nodes, and users get the opportunity to control their funds until a transaction is completed. Relay nodes receive a commission, broadcasting every new order and creating a more reliable trading infrastructure. After receiving the order, the market maker expects the taker to fill the order. After that, the trade is executed as part of the smart contract and the transaction is recorded in the blockchain network. This type of architecture is used in the 0x protocol based on Ethereum.

This type of DEX complements the two previous types and is designed to solve the liquidity problem. Using smart contract-managed reserves, instead of directly looking for a buyer for an asset, a user can conduct a transaction with a reserve by depositing cryptocurrency into the reserve and receiving a counter asset in exchange. Among distinctive points of this architecture are the increased level of liquidity (in comparison with the two types described above) and its support by many different tokens at once. Bancor, a decentralized liquidity network, is a prime example of this approach.

All of the above methods have several unsolved problems so far, among which are scalability, liquidity, compatibility, and UX. However, there are now promising projects with truly unique concepts that will solve these problems.

One such concept is to create a fast, cross-blockchain network of regional decentralized exchanges that supports high-frequency trading. Such a model is focused on distributing users among the network and providing them with a user-friendly interface. The platform of this type of service implies the presence of a cross-cloud connection for communication within the network of exchanges, providing the lowest operating costs. This concept is not just a theory. Developers at ICTE stated that the first working prototype based on this concept, and not inferior in all respects to centralized exchanges, releases at the end of 2019.

One of the key advantages of the concept is that experienced users can join and operate a new exchange with almost zero development time, running in under 10 minutes. The technology is well-known to everyone and can be summarized in a simple model: major exchanges summarize the output of their members and obtain rebates for their contributions; they distribute contributions to their members. Using this technology any exchange that produces liquidity can profit from their transactions.

This membership functionality has been used in other blockchain projects as mining pools. Many major blockchains use mining pools to gather the resources needed to mine a new block and share the mined assets. Similarly, this concept uses pool-memberships to allow major exchanges to be the main resource for smaller ones to access the main network and generate profit from their transactions. The main difference is, this technology allows members’ satellite exchanges to have their own sources of income in addition to the rebates from the project.

Among the already running projects using this concept partly or fully are multi-blockchain exchanges Wandx, Switcheo, and Weidex; however, none of them yet support the variety of currency pairs and high-trading volume that we are used to seeing on a centralized exchange. Nevertheless, it is worth noting the pleasant and convenient UX/UI offered by the developers.

The time of the DEX is coming and events like the China ban, the Korea ban, and the Russia ban are catalyzing the need for DEXs more than ever. Hopefully, the development and implementation of concepts like ICTE will not take long, because the blockchain community needs it here and now. Two years ago many crypto whales predicted that DEXs stand for the future. This message is now obvious.