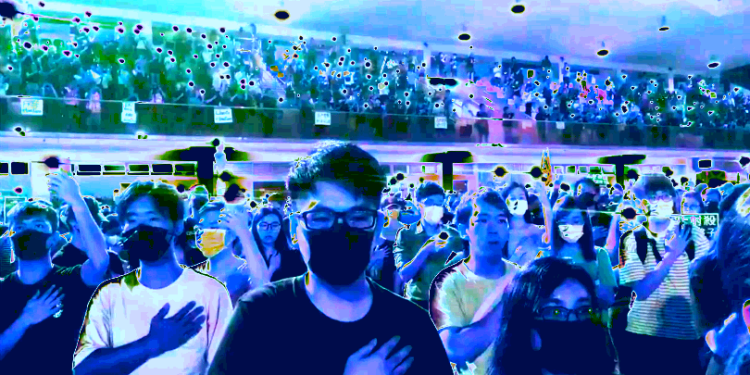 Bitcoin trading activity in the special administrative region of the People’s Republic of China recorded its largest weekly volume on LocalBitcoins last week, according to data compiled by Coin.dance. For the week ending September 28, roughly $1.56 million in Bitcoin volume was recorded, up from $500,000 in Bitcoin the previous week.

Overall interest in Bitcoin has also increased in other countries including Turkey, Venezuela, Iran and Argentina, which are also suffering from political and economic instability.

Hong Kong residents were reportedly paying an $80 premium for Bitcoin in August due to increased interest in the censorship-resistant cryptocurrency.

The increase in BTC trading volumes on the P2P exchange comes as China quietly doubles the number of troops deployed in Hong Kong.

There are reportedly around 12,000 Chinese troops stationed in Hong Kong. In September, Beijing moved thousands of troops to the city. Chinese state news outlet Xinhua claims that mobilizing the troops is a normal part of the rotation of the low-key force China maintains in Hong Kong.

According to Hong Kong leader Carrie Lam, China has “absolutely no plan” to use force to put down the ongoing protests. However, the police shot an 18-year-old protestor in the chest, sparking more violent clashes.

Here are some of the scenes of violence on the streets of Hong Kong today. For the first time since protests began, police shot a demonstrator — an 18-year-old — with a live round as bloody and sustained clashes broke out across the city.

The city’s residents have been protesting since the Security Bureau of Hong Kong introduced a bill in February that would allow extraditions to China.

Since the proposal of the controversial law, Hong Kong has been experiencing growing unrest from residents. Tens of thousands of citizens have been taking part in demonstrations since April of this year. The protests, calling for legislation to be scrapped, have taken place at Hong Kong’s city assembly building.

Thousands of lawyers have also taken to the streets, demanding that the proposed bill should not be passed.

I’m hearing there were a few Molotovs thrown at a nearby police station (I wasn’t there). The rest of the crowd is distancing itself from whatever happened, setting up roadblocks while they march south on Tai Ho Road.#HongKongProtests pic.twitter.com/77bTotHvXO

Last month, Lam withdrew the extradition bill, but the violent protests have not stopped.