Bitcoin and Crypto ‘Shaking the System’ As US Banks Prepare to Slash 200,000 Jobs 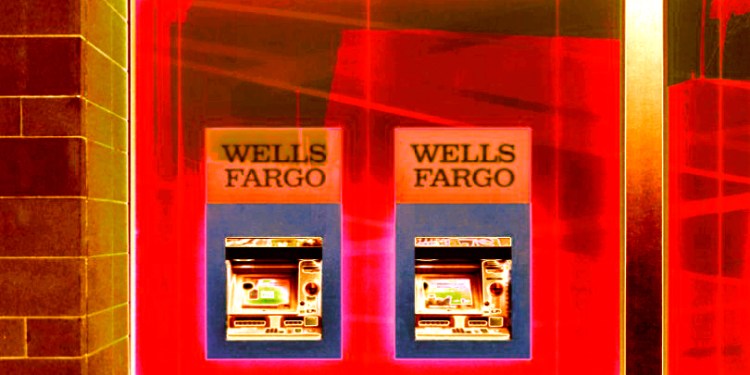 Technological efficiencies will lead to the largest reduction in workers throughout the US banking sector in its history. Approximately 200,000 job cuts are expected over the next 10 years, Wells Fargo reveals in a recent study.

The estimated job cuts echo sentiments expressed by Christine Lagarde, who will relinquish her role as head of the International Monetary Fund (IMF) to serve as president at the European Central Bank.

According to Lagarde, distributed ledger technologies (DLT) like Bitcoin and other cryptocurrencies are “shaking the [banking] system.”

Lagarde, whose comments came during a CNBC interview, notes that the rapidly evolving business models of commercial banks and innovative blockchain-based digital assets are having a clear impact on the financial industry.

“I think the role of the disruptors and anything that is using distributed ledger technology, whether you call it crypto, assets, currencies, or whatever … that is clearly shaking the system.”

“We don’t want innovation that would shake the system so much that we would lose the stability that is needed.”

US finance companies are reportedly spending $150 billion per year on banking technology, which will result in significantly lower operating costs. Mike Mayo, senior analyst at Wells Fargo Securities, says employee compensation accounts for around half of all bank expenses.

Reporting on the Wells Fargo study, Bloomberg reports that back office, bank branch, call center and corporate workers are being cut from their jobs. Approximately a fifth to a third of these jobs are related to technology, sales, and advising.

Financial consulting services appear to be the least affected.

“It will be a dramatic change in contact centers, and these are both internal and external. We’re already seeing signs of it with chatbots, and some people don’t even know that they’re chatting with an A.I. engine because they’re just answering questions.”

Several other consulting firms and bank executives are also expecting significant job cuts in the banking sector due to automation. Earlier this year, McKinsey & Co. said it expects the headcount for front-office workers, which mainly includes bankers and traders, to drop by a third due to the automation of routine business procedures. The company’s Skill Shift report analyzes the widespread impact of technology on jobs.

The impact is global with emerging fintech solutions rapidly transforming the sector. The IMF reports that mobile payment platforms are increasingly being adopted in South Asia, for example.

Over the past 5 years, mobile money has gained traction in South #Asia, where mobile money accounts are growing by 46% per year—the highest across all regions #IMFBlog https://t.co/jrfRLuyTeA pic.twitter.com/PJIV3HitVj

Announced in June 2019, Facebook’s stablecoin, Libra, is one of a growing number of projects that aims to provide modern financial services to anyone with internet access and a basic smartphone, directly challenging the traditional banking system.

The adoption of new blockchain-based platforms, however, has proven to be difficult for innovators who need to address specific sets of regulatory concerns in each different country. The Libra initiative, in particular, has received considerable regulatory backlash – with PayPal recently exiting the controversial project.