Fears About Bearish Signals and Lackluster Institutional Interest in Bitcoin May Be Overblown: SFOX Report 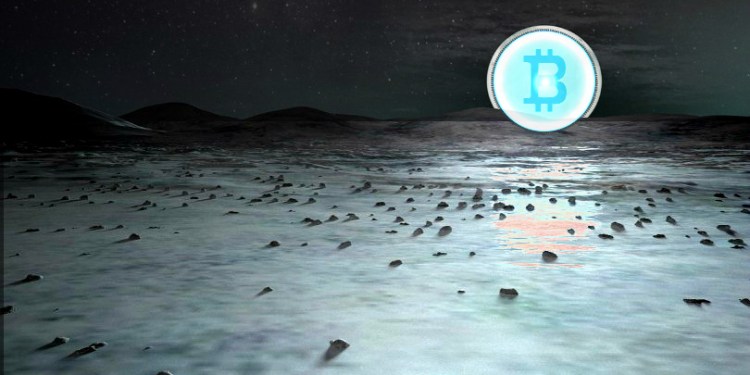 In the September 2019 edition of our monthly volatility report, the SFOX research team has collected price, volume, and volatility data from eight major exchanges and liquidity providers to analyze the global performance of 6 leading cryptoassets – BTC, ETH, BCH, LTC, BSV, and ETC.

The following is a report and analysis of their volatility, price correlations, and further development in the past five weeks. (For more information on data sources and methodology, please consult the appendix at the end of the report.)

Based on our calculations and analyses, the SFOX Multi-Factor Market Index, which was set at mildly bullish a month ago, has been moved to neutral as of October 7th. 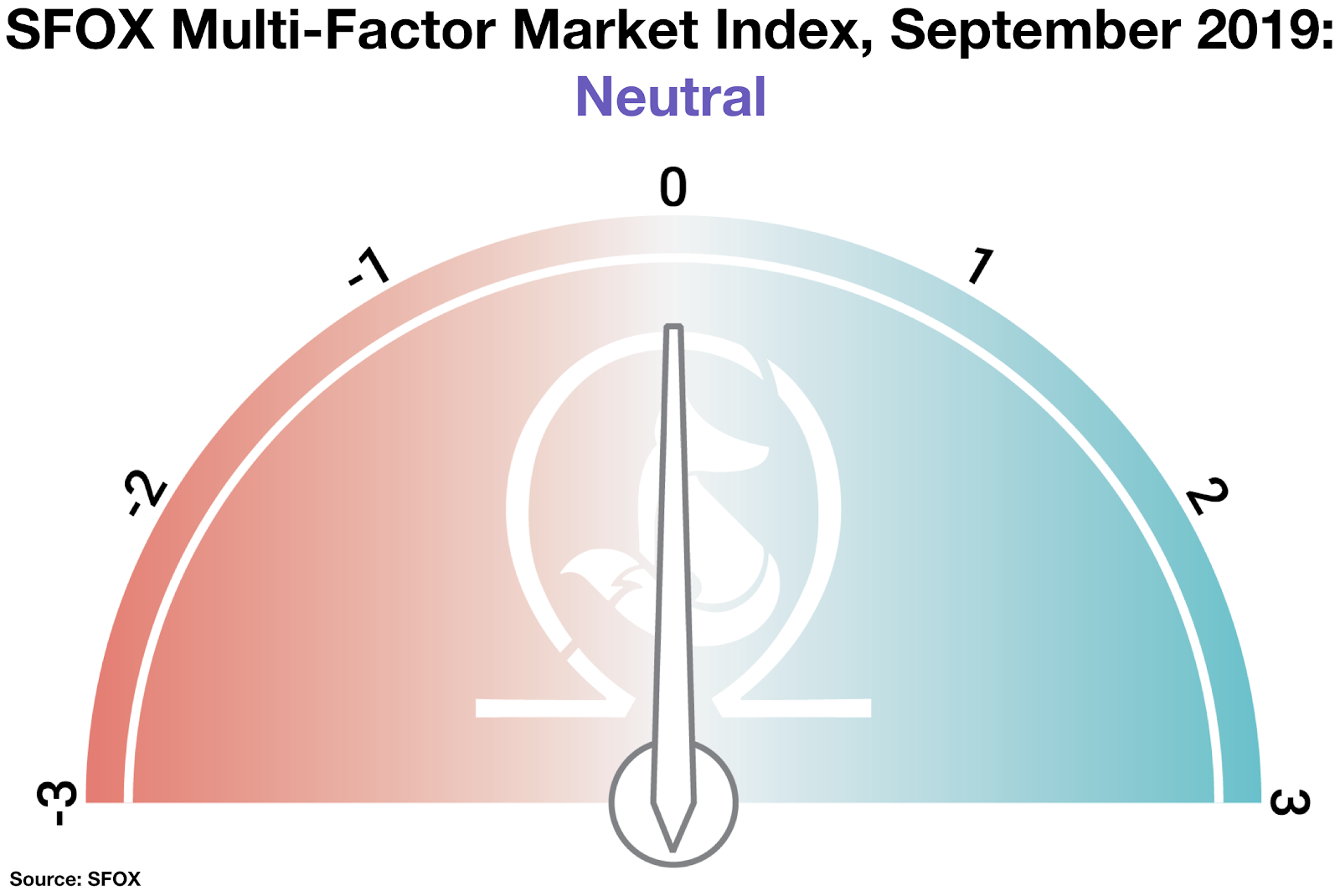 We determine the monthly value of this index by using proprietary, quantifiable indicators to analyze three market factors: price momentum, market sentiment, and continued advancement of the sector. It is calculated using a proprietary formula that combines quantified data on search traffic, blockchain transactions, and moving averages. The index ranges from highly bearish to highly bullish.

As we’ll consider further in the analysis below, it appears that the downturn in market sentiment may have to do with fear around signals that “major” institutions may not be as ready and willing to jump into crypto now as some previously believed, which may have led to broader uncertainty about the trajectory of the sector. In this regard, it’s worth keeping in mind that major institutional involvement won’t happen overnight: institutional involvement is more a matter of long-term trends and infrastructure development than it is about any single product launch. As we’ll see below, that development and maturation has continued to happen in the past month.

In a recent interview with SFOX, Tim Enneking, the first crypto-fund manager and an SFOX client, emphasized that the crypto sector may simply not yet be big enough for major institutions to get involved yet. “The average size of a crypto fund,” Enneking said, “is less than $10 million. If you roll up every crypto fund – including Pantera, which is, as far as I know, the biggest one; throw in Grayscale Bitcoin Trust, which really isn’t a fund; throw it all together — it’s a small fraction of the crypto space, and the crypto space itself is, as I said, a minuscule fraction of the investment space. So, there can’t be big involvement from major institutions.”

The biggest lesson from the past month may be that, as much as many media outlets may imply to the contrary, institutional involvement ought to be measured by gradual infrastructure-based milestones rather than by singular product launches or executive comments.

The last five weeks in crypto have seen expectations of further institutional and enterprise investment in crypto challenged, notably with a reportedly underwhelming launch of Bakkt’s physically-settled Bitcoin futures and PayPal’s withdrawal from the Libra consortium. However, it’s possible that the fearful market sentiment that has accompanied this news may be overblown.

Apple made headlines on September 5th when Jennifer Bailey, VP of Apple Pay, told CNN that Apple is “watching cryptocurrency” and thinks “it has interesting long-term potential.” On October 3rd, however, CEO Tim Cook reportedly told Los Echos that he thinks “a currency should stay in the hands of countries” and that he’s “not comfortable with the idea of a private group setting up a competing currency.”

While these comments aren’t strictly incompatible with Bailey’s comments, they may have been enough to worry some that Apple’s stance on cryptocurrency isn’t as optimistic as expected. This suggests that some major companies may remain unsure as to how they will relate to crypto and blockchain technology in the future.

The CME Group, known in the crypto world for their Bitcoin futures market, announced on September 20th that it plans to add Bitcoin futures options to its crypto offerings early this coming year. The price to buy bitcoin rose almost 2% on the day of the news, from $9972.96 to $10166.38. This news marks the latest development in a slowly but steadily growing infrastructure of mature trading tools for crypto.

Many, including SFOX, pointed to September’s launch of Bakkt’s physically-settled BTC futures as an event with the potential to move the market due to improved institutional access to crypto trading instruments. The volume traded on it, by most accounts, was received as underwhelming: as The Block’s Larry Cermak observed, Bakkt’s first week of trading volume was comparable to what some crypto exchanges see in four minutes of trading.

In the four days following Bakkt’s launch, the price to buy bitcoin fell almost 18%, from $9823.40 to $8045.88. It’s possible that this drop in the crypto partly reflects traders acting emotionally when an overnight flood of institutional money into crypto didn’t happen, even though that scenario was probably unrealistic in the first place.

The SEC announced a settlement of $24 million with Block.one for running an unregistered ICO for the EOS network and token, as the regulatory standards of crypto continue to mature (September 30th).

The SEC issued a press release disclosing that Block.one reached a $24 million settlement for charges of running an unregistered ICO that raised “the equivalent of several billion dollars.” While some commentators have remarked that the fine represents a very small amount of the amount raised in the ICO, the settlement underscores the continued development of crypto in terms of clear regulatory burdens and standards of accountability – the same trend that has seen ICOs forgone in favor of STOs and IEOs in recent crypto history.

A few days ago, PayPal formally withdrew from the Libra Association, the governing body assembled by Facebook to direct its private cryptocurrency Project Libra. Doubts and concerns about the consortium of major companies behind Libra have been prevalent since well before the Senate and House hearings on Libra, and this has led some to wonder whether other companies may withdraw as well. While Project Libra doesn’t involve BTC per se, some may view it as a proxy for general advancement and acceptance of crypto and blockchain technologies.

The S&P 500, gold, and all major cryptoassets showed negative month-over-month returns as of October 7th, suggesting broader macroeconomic uncertainty may be at play.