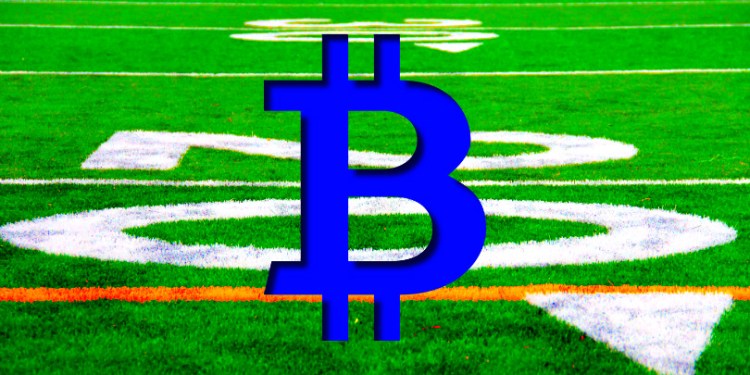 In a new interview on the What Bitcoin Did podcast, Okung says his life-long experience as an athlete has taught him the value of personal independence and sovereignty.

“When I explain Bitcoin or at least when one of my teammates asks me, I say, ‘Well, what is freedom? What is independence?’

And I think one of the reasons that I ask that question and why it resonates so well with my teammates is because when you look at the construct especially with an athlete, what tends to happen is all throughout our careers, because we’ve essentially been playing this game since we were 10 years old into adulthood, there’s always been somebody sort of managing our lives and serving as some sort of facilitator and manager and agent and some sort of advocate.

And at the end of the day, what they all do is they have their hand [in our pocket] and they want a piece. They say, ‘Well in order for you to do whatever you’re attempting to do, the cost of participating is my fee.’

So, when I talk about Bitcoin and I try to explain what it is, I say, ‘Imagine a world where you have inextricable value associated to yourself, and there’s no fee.’ There’s complete independence, there’s complete sovereignty over how you want to live your life. You are exceptional and you can live that way. And not in the same accordance as whatever government or central authority may be over your life.”

Okung says an experience during a recent trip to Nigeria crystallized his thoughts on the current financial system and the need for Bitcoin.

“I went to Nigeria maybe five or six months ago. I remember being out there and it was an incredible experience to go see my family. And like when you go to any country, you want to take enough cash to sustain you throughout your entire visit. So I probably had too good of a time and spent too much money.

And I remember, I called my bank and said, ‘Hey, I’m going to withdraw some money for my stay.’ And, mind you, I had already put a note on my account suggesting I would be in Nigeria and that I would potentially be withdrawing more money. And I’m not going to say who that bank was, but I remember trying to withdraw some money and I’m talking to one of the people at customer service who said, ‘We don’t do business with Nigeria. Therefore, we can’t send your money at this time.’

And I’m like, ‘What do you mean you can’t send me my money? It’s my money!’ And I realized at that moment in time, it actually wasn’t my money. That as a custodian, they had the ability to allot money on the basis in which they saw fit. And it completely wrecked me because I’d been speculating on Bitcoin for years and I’d hear all sorts of things about why independence is so valuable and truly owning your wealth is important. And here I was where I was facing that situation head-on in a third-world country, where I didn’t have access to any dollars.

Okung also talks about his efforts to get the Chargers to pay him in BTC.

“I’m going into the third year of my deal, and I go in to see my general manager. And he’s an older white gentleman, a really good guy. And he’s probably in his 60s. And I go up to him and I say, ‘Hey, I want half of my salary paid to me in Bitcoin.’

And he had the most stoic look on his face. And he’s a super smart guy. He’s been around the team forever. He’s probably heard everything. Every excuse for a player to come back and renegotiate his contract. And here I was saying I don’t want more money. Instead, how about you just give me half of my salary in Bitcoin. And he looked at me and was just like, ‘What the fuck is Bitcoin?’

So here I was saying, ‘Well it can be like digital gold, and it’s an asset and a currency. And there’s this thing called a ledger.’ And he’s just like, ‘No.'”

Okung says the Chargers continue to deny his request to be paid in BTC. But he’s not done trying.