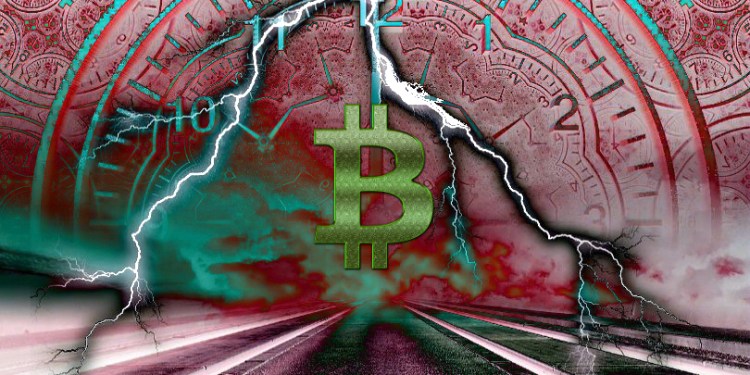 As Bitcoin (BTC) trades just a hair below the $8,000 mark at press time, down from around $10,000 since September 24, cryptocurrency traders are deliberating whether BTC will slump further to the $7,000 range.

Widely-followed crypto analyst Plan? points out that traders are closing in on six months before the next Bitcoin halving, an event that will reduce the BTC mining reward by 50%, effectively creating less Bitcoin for each new block.

We are at about 6 months before May 2020 #bitcoin halving.

Right now it takes around 10 minutes to produce or mine a new block of transactions on the Bitcoin network. There are 17,995,362 BTC  in circulation and the current block reward is 12.5 BTC.

The next halving will cut the block reward in half to 6.25 BTC, slowing down the new supply and increasing the amount of time it will take for Bitcoin to reach its maximum of 21 million BTC. Since the demand for Bitcoin has risen over time, the restriction on the new supply tends to spark dramatic price surges.

Crypto trader and analyst Rekt Capital notes that the first halving, which took place in late November 2012, was a key catalyst that led to a significant increase in Bitcoin’s price, initiating a bull cycle. In a span of 513 days, BTC jumped from $2.01 to a market cycle top of $270.94.

Bitcoin set new all-time highs after each of the last two halvings. When comparing price movements from both halvings, we see that when Bitcoin rallies less pre-halving, it surges more post-halving.

However, there’s always been a pre-halving retrace, meaning Bitcoin has dropped significantly after surging.

Although historical price data can help in predicting future movements, no future price action will ever be completely identical to historical data. The only real certainty about the upcoming halving projected for May of 2020, is that it will guarantee Bitcoin’s scarcity.

“The exponential appreciation in Bitcoin’s price is a testament to a very important principle in financial markets – scarcity enhances value.”

You can read Rekt’s full guide on the Bitcoin halving event here.