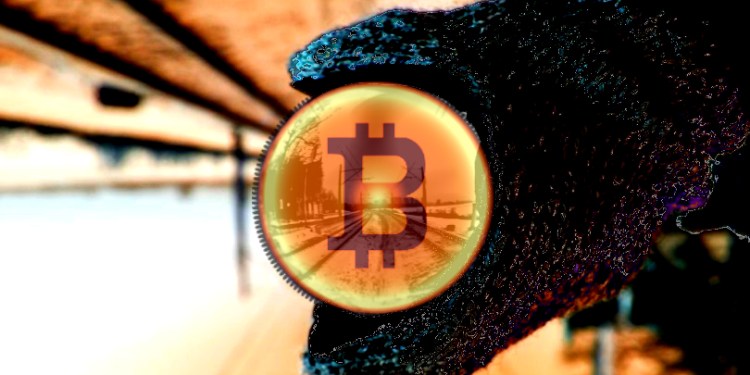 A crypto analyst who predicted Bitcoin’s recent drop to $8,000 says he no longer thinks BTC is poised for a bullish reversal.

Now that the target has been reached, he says there’s no evidence to support a bounce, and he’s expecting a short-term return to BTC’s lows from February of 2018 at around $6,000.

“I literally can’t find any bullish arguments for BTC here. Breaks down from a 4-month structure into a clear bear flag.

I think it’s inevitable we see fresh lows. February 2018 lows are begging to be tapped in my opinion.”

Daily technical analyst Josh Rager agrees with the assessment and tells his 58,000 followers that a lack of buy-side volume has him feeling bearish.

“[Bitcoin is] currently ranging in between but with the inability to close back above $8,375 area after that fake-out to $8,800 and lack of volume. Leaves me feeling more bear biased.

Sorry, there’s no reason for me to feel bullish anytime soon until this range breaks up.”

Olszewicz tells his 120,000 followers that the Ichimoku Kinko Hyo indicator, which utilizes different timeframes to identify areas of possible support and resistance, suggests Bitcoin is likely to head above its mean at around $9,300 in the short term.

DeFi is designed to replace traditional financial instruments with a decentralized alternative that’s not controlled by corporations or governments.

Over two million Ethereum (ETH) is now locked in Ethereum-based DeFi contracts, according to the data tracker DeFi Pulse.

The majority is stored in the collateralized loan platform Maker, which has 1.6 million ETH locked up.

Ripple director of products Craig DeWitt says he’s exploring a side project that would blend XRP and the music industry.

According to DeWitt, his platform would help musicians monetize and sell their music in exchange for the third-largest cryptocurrency.

“Now that the Xpring SDK has launched, I’m working on a XRPL side project!

Any musicians or podcasters interested in selling their stuff for XRP direct to their address? I’m thinking about building a site that allows mp4 downloads for direct XRP donations to the creator.”

Ripple’s fundraising and development arm Xpring has also invested in Raised in Space Enterprises, a California-based company looking to bring blockchain and cryptocurrency to the music business.

The team at the Stellar Development Foundation has announced plans to support eight Stellar-based platforms.

Based on a community vote, the top three winners are the Stellar wallet LOBSTR, the payments platform StellarPay and the XLM-supported Visa debit card platform GetBlockCard.