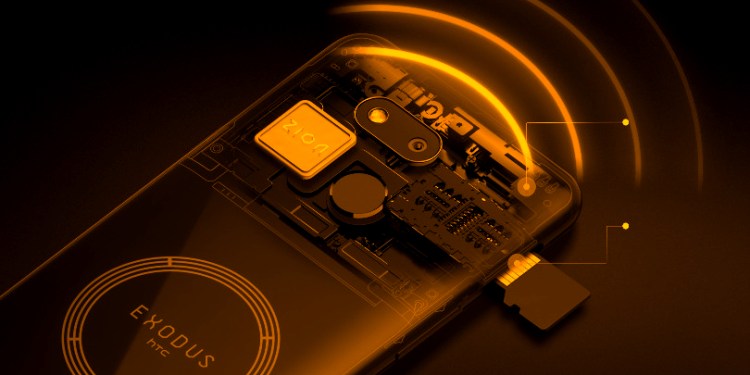 Unlike other blockchain smartphones, HTC says the Exodus 1s can hold all the transactions in the Bitcoin blockchain, effectively giving millions of people the power to transact Bitcoin, sending and receiving it directly, without needing a bank, crypto exchange or other third party.

The company says the Exodus 1s delivers on the promise of allowing people to become their own bank – carrying it in their pocket – and enabling Bitcoin users to verify their own transactions anywhere with 4G or WiFi.

Technically, each HTC Exodus 1s becomes a device (aka “node”) that is connected to the Bitcoin network. Nodes then verify transactions on the network. With more nodes, Bitcoin becomes more decentralized.

With greater decentralization and more nodes up and running, Bitcoin theoretically becomes an even more robust and secure global network beyond the reach of any single group, organization, government or hacker.

According to Phil Chen, decentralized chief officer at HTC, running a Bitcoin node is a vital way to add to the resilience of the network.

“It plays a really important role in the whole Bitcoin ecosystem. It allows you to relay transactions, confirm transactions, validate transactions, and it’s basically one of the best ways for anybody to contribute to the whole security of the network.”

The Bitcoin ledger takes up around 260 GB of memory. While the device is priced at $233 (€219), cheaper than its more expensive predecessor which is priced at $699, users will need to purchase a 400GB micro SD card and insert it into a slot on the phone in order to store and run a full node.

By running a full Bitcoin node on the device, a user does not mine Bitcoin, says Chen.

According to data compiled by Statista, HTC sold .79 million smartphones in 2018. The company is rolling out the new cryptophone in Europe, Taiwan, Saudi Arabia and the United Arab Emirates, with other markets on the horizon.