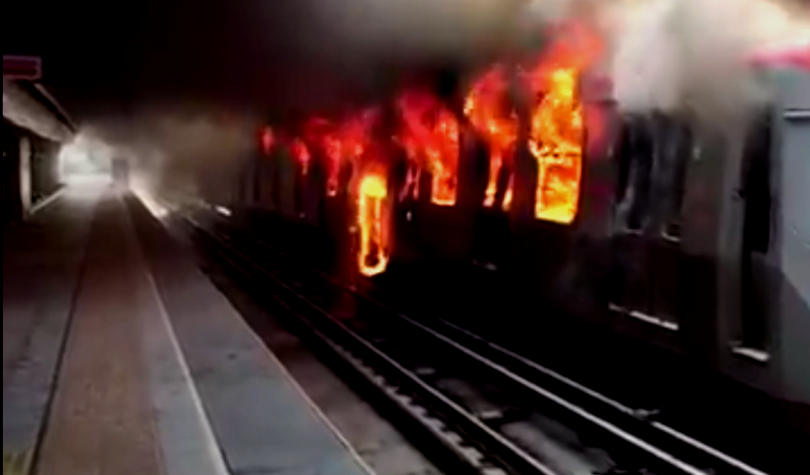 Protests in Chile have boiled over into violent clashes with 11 people killed at the hands of security forces, confirms Reuters. Demonstrations turned violent on Friday as civil unrest broke out across Santiago in response to price hikes for public transportation and utilities.

Chileans are protesting widespread economic inequality and low wages that barely cover basic necessities. Citizens are also reporting that they are unable to withdraw their money from local banks and ATMs that have been shut down.

An extremely disturbing video from media outlet RT shows a man getting shot in the street.

Piñera, a billionaire who had described the protestors as “delinquents,” now says he vows to repair the public trust by reducing the cost of basic goods and services, including healthcare and pension offerings. In a public address on Monday, Piñera agreed to meet with opposition leaders to construct a “new social contract” and address economic inequality.

With Chileans defying the curfew, a high-rise building burned, storefronts smashed, trains in flames, public transportation suspended, schools closed and looting on the rise, widespread damage and a rising death toll have imposed a massive military presence of roughly 10,500 soldiers.

According to the Chilean Prosecutor’s Office, over 2,000 people have been detained.

Metro Santiago reports that more than 50% of its stations have been damaged with nine stations completely burned and 11 stations partially burned.

Amid the deadly violence, protestors are outraged by inhumane treatment by the police.

Karina Sepulveda, an anthropology student who joined the protest before being engulfed in tear gas, told Reuters,

“This is not a simple protest over the rise of metro fares, this is an outpouring for years of oppression that have hit mainly the poorest. The illusion of the model Chile is over. Low wages, lack of healthcare and bad pensions have made people tired.”

According to a report published by the Organization for Economic Co-operation and Development, in Chile, which has had the widest gap between rich and poor among 34 surveyed countries, the incomes of the richest far outweigh the poorest.

“Income inequality in OECD countries is at its highest level for the past half century.

The average income of the richest 10% of the population is about nine times that of the poorest 10% across the OECD, up from seven times 25 years ago. Only in Turkey, Chile, and Mexico has inequality fallen, but in the latter two countries the incomes of the richest are still more than 25 times those of the poorest. The economic crisis has added urgency to the need to address inequality.”

In an appeal to cryptocurrency enthusiasts on Reddit, user Cactoos is asking readers to share information on the best ways to fight corruption in Chile.

You can check out the responses here.

This is a bit longer than what I normally upload to Twitter but more people need to know about What Is Happening In Chile.