Safe Haven Spotlight on Bitcoin As US Senator Slams China, Says He Doesn’t Believe a Trade Deal Will Ever Happen 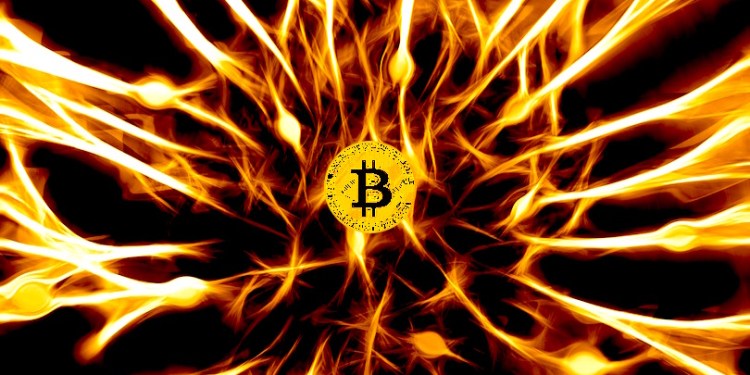 If US Senator Rick Scott is right, trade tensions between the US and China will continue for the foreseeable future. The ongoing trade war has already bolstered the Bitcoin safe-haven narrative with the world’s two largest economies battling for supremacy and causing uncertainty.

Scott says Americans need to stop buying Chinese products. In an appearance on CNBC’s Squawk Box, the senator calls China a US adversary that never complies with anything. Despite President Donald Trump’s efforts to reach a trade agreement, Scott believes it’s all a big waste of time and that the best remedy lies with consumers.

“I’ve never believed there’s going to be a deal. Think about it. This is a government that doesn’t comply with anything. Remember how they agreed to buy stuff earlier this year – didn’t comply with it. A couple of weeks ago they said they were going to do something then they changed their mind: don’t comply with the WTO [World Trade Organization]. Look at Hong Kong.

In 1997 they agreed to give basic rights to Hong Kong citizens. Oh gosh, that’s gone.

This is, for me, way bigger than a trade deal. This is the Chinese government, a Communist China government that doesn’t comply with anything. They don’t let the NBA players speak if they possibly, maybe – I don’t know, take a chance saying anything anti-President Xi – I don’t believe there’s ever going to be a deal.”

"For me, this is way bigger than a trade deal. This is a communist Chinese government that doesn't comply with anything," says @SenRickScott. "I don't believe there's ever going to be a deal." pic.twitter.com/3JGW3OmK9F

“Whatever [the Chinese] agree to, they’re not going to comply with anything. They’ve never complied with anything they’ve agreed to…

With regard to China, all Americans have to say, ‘Stop buying Chinese products. They’re our adversary. They’re not good for America.'”

Some crypto influencers speculate that rising trade tensions, ongoing political standoffs and economic instability will spark more interest in Bitcoin and other digital assets as a safe-haven asset. That narrative includes Xinhua News Agency, China’s state-run press agency, which published analysis in June stating that Bitcoin displays the attributes of a “safe-haven asset”, as well as billionaire venture capitalist Chamath Palihapitiya who has called Bitcoin the ‘schmuck’ insurance‘ you have under your mattress.

A research study on cryptocurrency trading published in the September issue of “Economic Letters,” however, suggests that Bitcoin has not reached the status of being a true safe-haven asset and that crypto traders are primarily motivated by market thrills that include highs, lows and wild swings in prices.

“We find that when engaging in cryptocurrency trading, investors simultaneously increase their risk-seeking behavior in stock trading as they increase their trading intensity and use of leverage. The increase in risk-seeking in stocks is particularly pronounced when volatility in cryptocurrency returns is low, suggesting that their overall behavior is driven by excitement-seeking.”