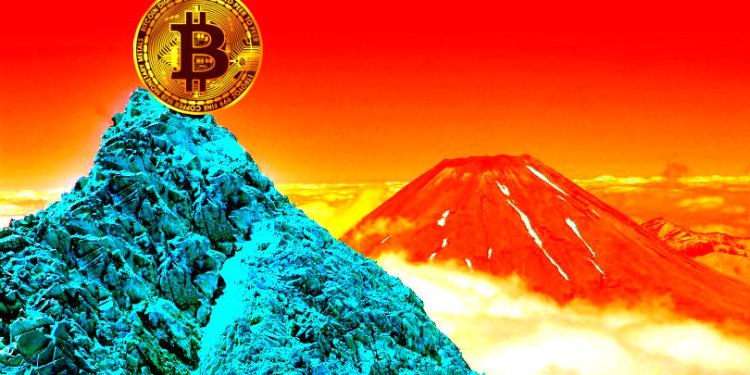 From the fuel powering Bitcoin’s massive rally to a launch date for Ethereum’s next big upgrade, here’s a look at some of the stories breaking in the world of crypto.

VanEck’s head of digital asset strategies Gabor Gurbacs is laying down why he believes Bitcoin is surging.

Although many analysts have pinpointed a big blockchain endorsement from China’s President Xi Jinping as the sole cause, Gurbacs says at least three factors are at play.

> Crypto Capital CEO arrested. Exchanges, such as Bitfinex, may get some of the seized 850 million back.”

Crypto analyst DonAlt tells his 122,000 followers on Twitter that the key number to watch is a weekly close above $9,600.

Now all we need is a weekly close above $9,600 to turn the macro structure bullish. Anything above $8,750 is a really really good start and would be promising for the next weeks.”

Ethereum’s next major upgrade is set for launch in December.

At a recent meeting, a group of key Ethereum developers agreed to officially roll out Istanbul on December 4th. If any critical errors in the code are discovered, that date will be pushed back to January 8th.

The Istanbul hard fork is a system-wide update designed to improve the blockchain’s efficiency and security. It’s the eighth hard fork since Ethereum’s launch in July of 2015.

Ripple CEO Brad Garlinghouse is clearing up confusion on how many customers are using the company’s line of cross-border payment solutions.

In a new tweet, Garlinghouse says he was misheard at a recent conference, confirming Ripple has not announced that it has 400 customers.

“I’m reluctant to comment on unsubstantiated rumors (sets a precedent that’d be hard to live up to) but in this case – I missed the opp to correct the question on stage, so I’ll do it here. We have not announced 400 customers – I did say we have about 400 employees.

Ripple has publicly shared that we have more than 200 customers and are signing 2-3 production contracts per week, and we’re very pleased with that traction – more to officially come on this soon!”

Cardano and the decentralized merchant payment provider Coti are partnering.

Once accepted, it will be immediately converted to fiat and deposited into the merchant’s bank account.

“The payment solution will be easily integrated directly into merchant’s website either with an adaPay button or a QR-based point of sale (PoS) system.

The offering will simplify accepting and settling ada payments, and enable merchants to manage all transactions in real-time.”

We are pleased to team up with the Cardano Foundation in developing a unique payment solution for merchants to simplify accepting and settling ada payments in real time.@CardanoStiftung @COTInetwork
Read the full press release here: https://t.co/GXToPXPLc1 https://t.co/lA54uRWhHN pic.twitter.com/7gtBI8QxOt