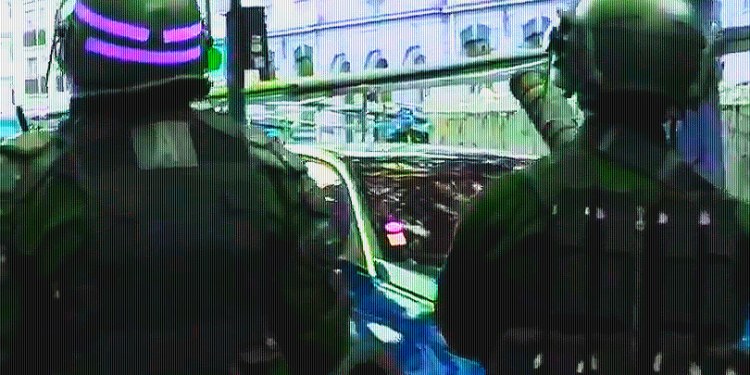 Bitcoin researcher and software developer Pierre Rochard says Bitcoin is a tool for overthrowing the status quo and introducing a new monetary system.

Amidst an outbreak of large-scale street protests around the world, demonstrators, particularly people under the age of 24, are pushing back against wealth inequality and political leaders who manipulate fiat currencies to achieve political agendas. That manipulation, Rochard argues, is giving Bitcoin a voice.

Rochard, pointing to a tweet by the New York Times that summarizes the civil unrest across Chile and Lebanon, argues that the inflationary fiat fractional reserve system has triggered a global outcry.

In an interview with BlockTV, Rochard says,

“It really is about people’s purchasing power and the price hikes that are happening. Who is benefiting from that inflation is kind of the next question.

Well, the way it works is that it is the crony banking system that is highly intertwined with the political system in these countries, and essentially they’ve created a fiat plutocracy that is able to extract resources from these economic systems through seigniorage – that is the printing of new money. So they are the first beneficiaries of the seigniorage and then everyone else is on the receiving end of the inflation and they see their standard of living declining.”

In Chile, the spark was an increase in subway fares. In Lebanon, it was a tax on WhatsApp calls. In India, it was about onions. Around the world, struggling to get by has become the catalyst for mass protests over inequality and corruption. https://t.co/YPPIqVWt3U

Rochard says the current monetary policies have pushed people out into the streets in mass protest against their economic plight and day-to-day struggles.

“If they were on the Bitcoin standard, these political elites would not be able to create more Bitcoin. They would have to face the fact that the people run Bitcoin full nodes and are thus able to make sure that they’re not getting scammed by their government.”

11 Months of protests in France too! pic.twitter.com/T8oG6fLpBu

Young people under the age of 24, who make up an estimated 41% of the global population of 7.7 billion, are leading the protests engulfing Hong Kong, Chile, Iraq, Lebanon, Catalonia, France, Egypt, Bolivia, Haiti, Ecuador, Indonesia, Pakistan, Brazil, Guinea, Algeria, the UK and more.

On Sunday demonstrators across Lebanon joined hands in a peaceful protest to form a human chain that spanned 105 miles, crossing Beirut, Tripoli, Dbayeh and other cities along the coast.

“One avenue is violent revolution and we saw that in the United States in the American Revolution, and arguably that had good results. The problem is it’s not universally applicable. So then when the French tried doing a violent revolution, the end result was arguably worse than what they started out with.

That’s where I think peaceful protest is also very important in terms of what Gandhi did in India – the non-violent movement. But really what ends up being most effective is boycotts. So if we boycott the fiat monetary system by adopting Bitcoin, then that ultimately would drive far more change both in the immediate term – you now you no longer have to deal with the fiat system, so you’re doing a lot better than day zero – but also, at scale, eventually if too many people are doing this, then the fiat system ultimately does self-destruct.

The people left holding the bag are the corrupt politicians and their corrupt banking cronies and the central bankers who didn’t really deserve the wealth that they’ve extracted from these countries.

So I think stacking sats [Bitcoin] is actually a highly effective way of opting out. And I liken it to civil disobedience. It’s the idea that if we do something that the government doesn’t like, and if enough of us do it, then the government can’t really act against it. Otherwise, they’ve got a bigger problem on their hands. And historically that’s been extremely effective.

So it’s just a question of getting a critical mass of people participating. I’d argue we’re already there if you just look at what’s been happening in Bitcoin over the past 10 years. As long as adoption continues like this, we’ll continue seeing a huge amount of pressure on governments to cease with the inflation.”