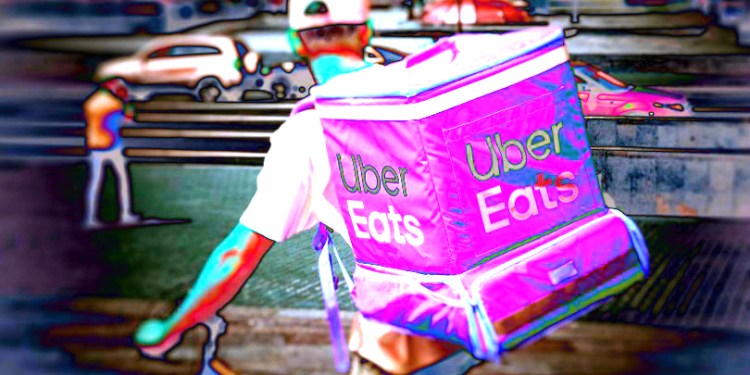 That’s the message from the ridesharing giant, which announced its new division, Uber Money, at Money 20/20 in Las Vegas on Monday.

The company says Uber Money will first focus on delivering financial services to its four million drivers and couriers around the world. The goal is to build out an ecosystem that can reach people who are underserved.

According to Uber’s head of payments, Peter Hazlehurst, who will lead the new division, Uber Money will offer real-time earnings via a digital wallet and upgraded debit and credit cards. Unlike a blockchain-based cryptocurrency wallet, Uber’s digital wallet is a mobile bank account for instant cash.

Like blockchain, Uber Money is attempting to appeal to mobile consumers who move money, data, messages, images and value instantly – with a few taps on a smartphone.

In an interview with CNBC, Hazlehurst says the company has been testing an “instant pay” debit card service in the US where 70% of the drivers are accessing their funds through a no-fee bank account provided by Green Dot – immediately after each ride.

That service will roll out globally, allowing users to park their funds for no additional fees, spending their balance at any time.

Uber’s global network of drivers extends across 60 countries and over 400 cities, powering a gig economy where workers are often striving to make ends meet while earning money doing a number of part-time jobs.

Hazlehurst says Uber can leverage its status as a tech giant with a large user base to negotiate better deals for their customers, effectively operating financial services at lower costs.

When asked if he could imagine Uber providing electronic bank accounts for its riders, he responded, “I think so.”

“The reality is that the needs of our partners in the U.S. and in Brazil and in Australia and in India mirror in many ways the needs of consumers as well, particularly in the cash-heavy economies. And the opportunity that we have is to expand to help all of those people have access to financial services.”

Uber Wallet allows anyone in the Uber ecosystem to store dollars and make electronic payments. According to the announcement,

“With Uber Wallet, earners and spenders will now be able to easily track their earning and spending history, manage and move their money, and discover new Uber financial products all in one place. The Uber Wallet will start rolling out in the Uber Driver app in the coming weeks, and will soon start rolling out in the Uber and Uber Eats apps as well. “

A reboot of the Uber credit card comes with more perks for consumers.

“We are also relaunching the Uber Credit Card, our flagship consumer product, in partnership with Barclays. Cardmembers will now receive 5% back in Uber Cash from spending across the Uber platform, including Uber Rides, Uber Eats, and JUMP bikes and scooters. You’ll even get rewarded for hailing an Uber Copter from Manhattan to JFK.”

Uber Money is part of a trend to digitize the flow of money through digital wallets operated by centralized tech companies, such as Alibaba, Tencent, Facebook, Apple and Google, that are increasingly providing financial services for consumers on the go.