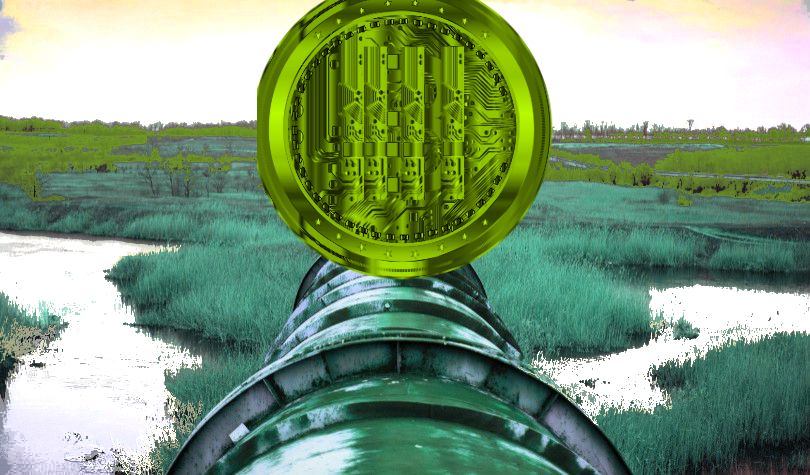 Crypto Over Cash: Meet the New Asset Class Expanding Across the Global Stage

When we transferred money overseas, we had to top up extra cash. Exorbitant remittance fees, foreign exchange rates and commissions all meant that we had to transfer more than what our recipient needed, just so we could ensure that the recipient actually received the full amount. The extra cash? To the pockets of banks and services.

It is a small wonder why cryptocurrency blew up: we can now transfer money at jet speeds and our recipient actually gets an amount substantially closer to the amount they wanted.

“Cryptocurrencies, however, haven’t broken through for reasons beyond onboarding complexity.”

Let’s paint a scenario: my friend in Seattle wants me to wire him $1K. No problem. I’ll send it in cryptocurrency, which he can then exchange to fiat. This way, he’ll receive his funds in less than an hour, and I don’t have to actually wire him more money to cover exorbitant fees.

After an hour of explanations, I transferred $1K worth, paying a fraction of a dollar for what could have cost me $25 in usual fees.

As an asset, cryptocurrency is notoriously volatile, with the most famous of all being Bitcoin when it nearly reached $20K on December 17, 2017. At the time of writing, it sits around $9K.

Cryptocurrency itself was envisaged to be something that can truly shake up the financial ecosystem. It boasted high speeds, low fees, and eliminated the need for third parties like banks. People dreamed of the day when we could start buying our coffee using cryptocurrency.

Cryptocurrency also boasts a truckload of advantages that fiat currency doesn’t have. It is decentralized, has cryptographically-stored records that enhance security and boasts comparatively low transaction fees as compared to foreign exchanges and remittance services. Yet, cryptocurrency has its inherent flaws in volatility. On December 17, 2017, Bitcoin reached an all-time high of $19,783.06 and plummeted within 24 hours, dropping below $14K. That is nearly a 30% price drop.

Since Bitcoin’s boom in the past years, more variations of Bitcoin and other cryptocurrencies have all begun to appear. Blockchain startups started raising big sums of money and started offering initial  coin offerings, promising huge returns on their tokens. Today, there’s a dedicated page to act as the graveyard to house nearly 1,800 dead coins. Widespread adoption is what keeps a cryptocurrency alive, but most are unable to achieve the level of demand and utility necessary to maintain value. In response, demand for a digital asset that can incorporate the advantages of distributed ledger technology, but can also offset its instability, began to grow, and that’s when Realcoin – now known as Tether – first appeared to dominate the global stablecoin market cap.

Stablecoins mimic the function of a centrally-controlled fiat currency. They are typically pegged to a reserve asset, such as the dollar or commodities like gold, and sometimes to an algorithmically-balanced basket of goods. This allows them to be worth exactly $1 per token at all times while also enjoying the benefits of cryptocurrencies. That means avoiding exorbitant transfer fees, slow transfer times and high security.

Tether, however, had its own set of credibility issues. Typically, for a stablecoin to be pegged to a national currency, it means that the number of that particular stablecoin in circulation is exactly the same as the amount of money the issuer has. Hence, the 1:1 ratio. We’d call this full-reserve backing which relies on trust.

How am I supposed to know that you have millions of dollars in the bank? Tether, under public scrutiny, crumbled and revealed that only 74% of their tokens are backed by cash. At a ratio like that – about $0.75 to every $1 – we’re looking at fractional reserve backing, as claimed by Tether’s marketing materials. The rest? Loans and other asset classes.

In response to the challenges of Tether, which despite all the gripes remains the most-traded cryptocurrency today, topping Bitcoin by nearly $3 billion worth of monthly circulation, stablecoins were developed, promising even greater transparency and utility to really shake up the financial services ecosystem.

Armed with 55 slides, the co-founder of Trusttoken, Tory Reiss, took to the stage at Fluidity 2019. The presentation, titled “Programmable Currency”, talked about the future applications of stablecoins. Just like Tether, more stablecoins have emerged with cutting-edge technology and bigger goals – and according to Reiss, they can disrupt the finance ecosystem.

Like Trusttoken’s TUSD, stablecoins are typically pegged to a reserve asset and most of these tokens are mirroring the value of various national currencies.

“There are very easy ways to release stablecoins, or tokens, to physically [custody] gold,” said Reiss.

Those tokens can then be spent using a debit card. With each token representing a certain amount of gold, that means we can actually spend reserves of gold digitally, even though they are not very liquid in nature. Such stablecoins are called commodity-collateralized stablecoins, which are different from fiat-pegged stablecoins. For instance, every Paxos Gold token is backed by a fraction of gold stored in their vaults.

With technology and reserve assets, the stablecoin can be backed by any commodity: from oil to even bananas. With blockchain, stablecoins can also be backed by other things as well: from a basket of currencies to collateralized debt.

Get The Best Interest Rates on Capital, Every Single Time

In Venezuela and Argentina, their national currencies are facing hyperinflation: savings are wiped out and becoming worthless overnight. In Japan, the national currency of yen isn’t facing such terrifying devaluation, but their interest rate is negative or barely noticeable. Such interest rates refer to the loans that banks take from the central bank in the country.

“Currencies are moving in many different directions,” said Reiss, “But holding a basket – as we know through the power of diversification – can allow you to actually mitigate a lot of that volatility.”

Though the negative interest rate is a monetary policy to incentivize credit and lending, it also means you have to pay a fee to keep your deposits in the bank, rather than receiving interest income. With stablecoins, it is possible to hold a basket of currencies instead. Using algorithms to balance our currency proportions, it allows us to get the best interest rates on every single transaction we have. Hence, regardless of the macroeconomic condition, we’re always going to earn interest on our capital. Though that may seem like a negligible amount in a short period of time, the aggregate interest across all the accounts will be frighteningly large.

We Auto-Balance Our Investment Portfolio Every Time

The permanent portfolio, first posited by Harry Browne in the 80s, is an investment portfolio that will always perform similarly at any macroeconomic condition. However, such a portfolio causes investors to think in silos and focus on each asset class rather than the whole picture.

A stablecoin can represent the entire portfolio. Using an algorithm, the proportion of the asset classes are balanced without having the investor to manually do it himself – or having to pay exorbitant fees. For instance, if we were to trust an investment manager with the permanent portfolio, we are trusting that person to adjust the allocation of dollars manually under every macroeconomic condition. Such permanent portfolios exist in many banks around the world. On top of having the fate of your funds dependent upon the investment manager’s expertise and technology, you still have to pay monthly management fees.

By contrast, having a portfolio automatically balanced by an algorithm without relying on an investment manager allows the investor to save on fees. On top of that, an algorithm generally outperforms human judgment in the long run. Most of us will benefit from having automation in our finances: the fewer decisions we make, the better. By having something that can be used really simply yet represent so many complexities, it can give many people access to diverse investment strategies that we may have never done ourselves.

Are stablecoins the future? Reiss certainly thinks so. For most of us, we can only see what the future holds for the cryptocurrency industry, and perhaps one day, I’ll stop wiring money for good.