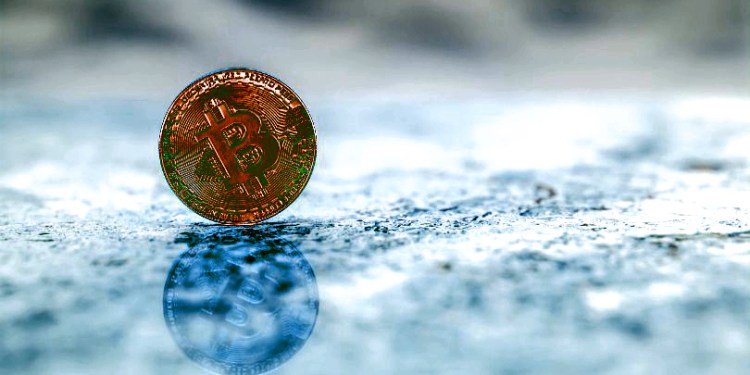 Lisa Barnard, the British artist and photographer who chronicles e-waste in her new photobook, The Canary and The Hammer, is turning the camera on Bitcoin mining.

Exposing the complex relationships between big tech, global finance and gold in a work that spans four continents over four years and lays bare how the dramatic pursuit of the precious metal has transformed landscapes from Peru to China, Barnard calls her book a response to the 2008 global financial crisis that was fueled by the systemic accumulation of wealth.

Beyond spreadsheets and earnings calls, Barnard takes a critical look at the global economy, striving to connect the brutality of modern mining and gold’s subversive role in big tech.

She says China was the hardest location to document, reports British Journal of Photography.

“The recycling of e-waste for the gold is illegal, so it’s small artisan workshops…

There was no way I would get access to the big e-waste recycling plant, so I had to meet people in the dead of night in lay-bys. I had a couple of fixers and a bodyguard.”

The world is fuelled by gold. Lisa Barnard's latest photobook shows how our dependence on this precious metal was born, and how it still remains the most valuable commodity. @MACK_books. https://t.co/4yXoHvNH8C pic.twitter.com/16Om8yqXAM

Next up for the artist: a Bitcoin project.

In a new report by Wired, the photographer says a trip to Iceland brought her to a Bitcoin mining facility.

“The biggest thing I remember was just the noise and the flashing lights and wiring. It was like being inside a computer.”

With cool temps, unique geology and the ability to produce renewable energy, Iceland has provided an ideal location for cryptocurrency miners who power the Bitcoin network. According to the report, the accumulation of data centers, largely comprised of crypto mining operations, currently consume more electricity than all of Iceland’s homes combined and risk transforming the landscape through the construction of more dams.

Data centers are straining Iceland’s mission of putting people and the environment first, reports the Wall Street Journal. The environmental impact has a wide reach and touches a number of digital activities and computer devices that people view as integral to everyday life – from smartphones to laptops to mobile transactions.

In China, a new study from Greenpeace and North China Electric Power University reveals that storing data in the cloud will eat up more electricity by 2024 than is currently used to power all of Australia. And by 2030, reports WSJ,

“…data centers and all internet-related activity—from streaming video to analyzing financial data to storing software, photos and emails—could use more electricity than all of China.”

“I was interested in this idea of [Bitcoin] being an equitable currency, and yet it has the potential to be very destructive as far as the land is concerned.”

Alex de Vries, a researcher at PricewaterhouseCoopers (PwC), issued a report last year calling for alternative strategies to sustain Bitcoin mining. His analysis revealed that Bitcoin consumes more than 1,200 times the maximum footprint of a transaction processed by the banking industry.

While he noted that Bitcoin developers are experimenting with solutions such as the Lightning Network to improve throughput and reduce energy consumption, a new study published by Joule on June 12 by researchers at MIT and the Technical University of Munich found that Bitcoin’s carbon emissions are roughly equal to the amount produced by Kansas City.

Says Christian Stoll, one of the study’s authors,

“There are bigger factors contributing to climate change. However, the carbon footprint is big enough to make it worth discussing the possibility of regulating cryptocurrency mining in regions where power generation is especially carbon-intensive.”