Lukewarm US, Red Hot China: Digital Currencies and Global Tech Wars in the Age of Blockchain 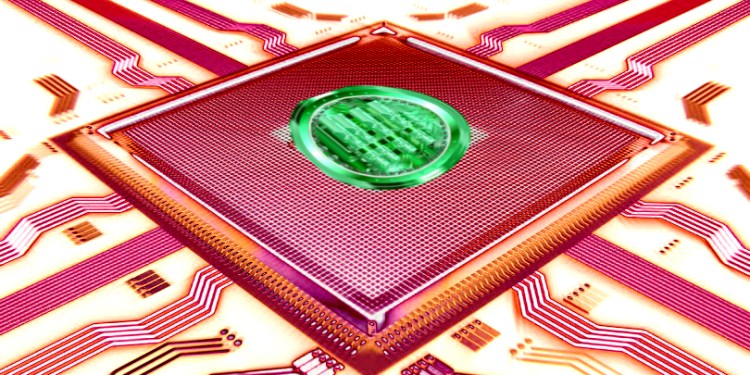 Digital currency electronic payment or “DCEP” has become the latest buzzword in the blockchain community, as China announced a series of blockchain initiatives amid capitalizing on this emerging technology. The country’s push on rolling out a digital version of the yuan could bring a significant impact to the global blockchain landscape, potentially accelerating the adoption of digital currency globally. From a macro perspective, what potential benefits could digitalizing a currency bring, and what impact can it have on monetary policy, financial stability, and integrity?

While lawmakers in the US were still questioning the potential security and legal issues of Facebook’s Libra, China seems to have moved one step ahead when it comes to digitalizing its currency.

After the system stabilizes, the central bank will additionally commercialize the digital currency by allowing major fintech companies to use it in their mobile payment systems. Officials claim that the DCEP project was six years of hard work and research, and it will share the same nature and legal status as the traditional fiat currency.

The swift move from China seems to make the country a global leader when it comes to the application of blockchain, and it could be the biggest monetary transformation in a decade. However, China’s ambitiousness could also lead to a new global “blockchain race”.

The United States has been largely lukewarm, if not negative, over blockchain and Bitcoin. Some lawmakers on Capitol Hill have expressed their opposition over the issuance of digital currencies, and the US Securities and Exchange Commission remains unconvinced by certain crypto-related financial products. President Donald Trump has also said that he’s not a fan of cryptocurrency.

However, China’s latest blockchain push could shift the tide in the US with the country taking a more proactive approach in this field, as the two superpowers compete on the technology front. A showdown in blockchain between the US and China is possible as we approach the year 2020.

China may be leading the global digital currency game for now, but other countries may be catching up soon. New research from the International Monetary Fund shows that at least 15 jurisdictions, including China, have studied the possibility of digitalizing their currencies.

Jurisdictions Where Retail CBDCs Are Being Actively Explored

The IMF also highlights that emerging market economies have shown the most interest in central bank digital currency because they believe it will be able to foster financial inclusion by reaching out to the unbanked segments of the population. In the case of advanced economies, countering operational risk and monopoly distortion, and reducing costs associated with managing cash were among major reasons for them to explore central bank digital currency or CBDC.

Emerging market economies and advanced economies may have a clear rationale and motive behind their CBDC research. In general, a CBDC may be able to improve the efficiency of the payment system, reduce transfer costs, and encourage financial inclusion.

In terms of payments, CBDC could address some privacy concerns of conducting transactions anonymously under a centralized environment, which could also curb the development of private forms of anonymous payments, reducing some of the anti-money laundering and counter-terrorist financing risks.

Peter Bofinger, monetary policy and international economics professor at the University of Wurzburg, believes that the digitalization of money has the potential to change the traditional structures of the financial system, redefining the roles of banks and central banks without wearing away the control of central banks.

The IMF also notes that the demand for CBDC will not necessarily be very high initially, and it will depend on the attractiveness of alternative forms of money. If a continued low demand in CBDC occurs, it could increase running costs for central banks and other financial institutions. Additionally, the adoption of CBDC could curb the development of private forms of anonymous payments, and this move could increase risks to financial integrity.

It’s too early to make conclusions on the benefits of CBDC, as this is still largely in the beginning stage, and central banks and commercial banks are still in the process of evaluating the impact of digital currencies on the markets. However, many experts agree that the changes CBDC could bring are profound and widespread.