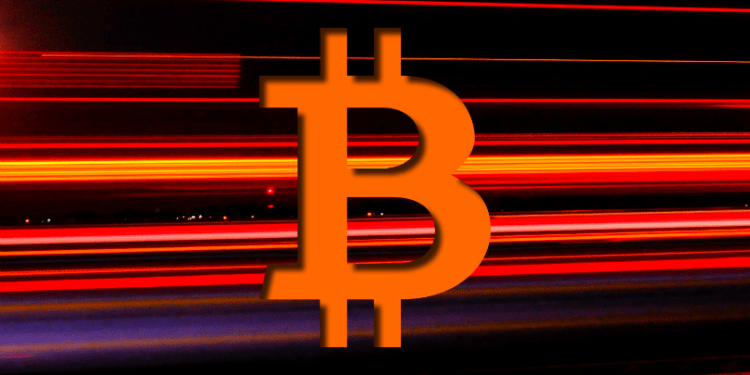 From the future of Bitcoin’s trademark volatility to the use of XRP in cross-border transactions, here’s a look at some of the stories breaking in the world of crypto.

In a new interview with Nuggets News, Voorhees says he thinks Bitcoin will reach beyond a $1-trillion market cap and eventually replace fiat currencies around the world.

“If you have the thesis that Bitcoin is going to take over the world, which I do, and you just take that as true for a second. There’s only so many of them. So as it takes over the world, the price of the coins has to rise.

It would be impossible for that price to go in a smooth upward trend. Because if that was happening, let’s say every month it went up by 10%, something relatively smooth for Bitcoin, it doesn’t take too many months of that before people are like, ‘Wow, every month this thing goes up 10%. That’s the best investment in the universe. I’m going to buy that.’ What you get is people frontloading that growth and you turn a straight-line growth into a parabolic bubble. It’s kind of inevitable.

And then at some point, the bubble is way overdone. It’s hard to say at what point that is. But at some point, it pops and it collapses back and goes through a correction phase. But that’s really the only way that this can work. It can’t go up in a straight line. It’s not going to stay flat because it’s growing. And it’s not going to go down because it’s changing the world and it’s going to replace fiat all over the world.”

Voorhees says he believes Bitcoin’s best attributes are its ability to move value without intermediaries and the fact that its supply can’t be manipulated.

For now, he sees it as an easily transferrable store of value that will remain volatile in the short term.

“Really the only way [for Bitcoin to succeed] is through these speculative bubbles. And people really need to appreciate that pattern and even though the bubbles are predictable, it’s very hard to predict how long they last, how high they go, when they pop, how hard they’ll fall and then all the volatility in the interim.

But the bubbles, I think will continue to happen for a while. They will moderate over time in percentage terms. And after Bitcoin’s taken over the world, it will be a relatively smoother asset and you won’t get bubbles, but you won’t have 1000x returns anymore either.”

CEO of Whiteblock and Ethereum 2.0 researcher Zak Cole just sat down for an interview on the Into the Ether podcast.

The interview covers the latest on efforts to scale the Ethereum blockchain, his thoughts on ETH being used as a form of digital money and a grant awarded to Whiteblock from the Ethereum Foundation, which will be used to further develop the company’s network testing tool.

Ripple senior vice president of product, Asheesh Birla, says the company now has 24 customers signed up to use its XRP-based cross-border payment solution.

The San Francisco startup launched the solution in October of 2018. It was originally called xRapid but was recently rebranded as On-Demand Liquidity.

“A year after the commercial release of On-Demand Liquidity, we have two dozen customers signed on, and we’re making an impact.

Birla made the comment at Swell 2019, the company’s yearly convention, now underway in Singapore.